*EDIT* Making some progress. If I change the RAM frequency to be 2000Mhz all of the RAM is recognised. Would like to see if I can get it all recognized at the right frequency though. *EDIT*

Got a weird issue. I have an unRaid server which had 16GB RAM and wanted to upgrade to 32GB. I bought some new (used) sticks on eBay which match what I already have.

For reference this is the hardware:

I have checked the manual and I am confident I have installed the DIMMS in the right slots (there is 8 in total I am using A1, B1, C1, D1.

I updated the BIOS to the latest version, still only seeing 16GB.

Removed some of my PCI-E devices, still only seeing 16GB.

Finally I tried removing the CMOS Battery. After the machine rebooted it could see 32GB. However whenever I reboot the machine after that (without changing any settings) it goes back to 16GB again! Agh!

Interestingly on the boot after a CMOS clear XMP settings aren't available in the BIOS. After I reboot they are available. I've tried setting everything the same between the first CMOS boot and subsequent reboots and haven't had any luck.

There is a 'tool' in the ASUS Bios called ASUS SPD Information. It can see that there is something in the slots I have the DIMM installed however, on two of them it doesn't have any 'Module Size' or 'Maximum Bandwidth' information.

Here are some photos of the BIOS post booting after clearing CMOS:

I'd put a good bit of money on them not being matched sticks. They're not an oem, so the sticks could be anything under the label.

Are they similar build dates?

The sticks aren't from a kit so they may well not be a perfect match.

You can see the details of the RAM here in the BIOS: 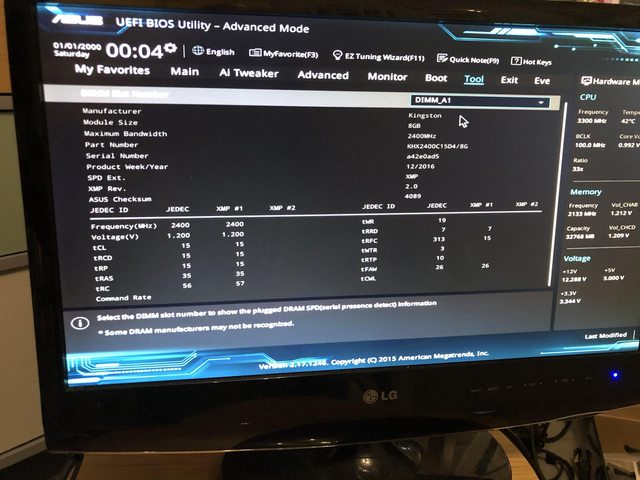 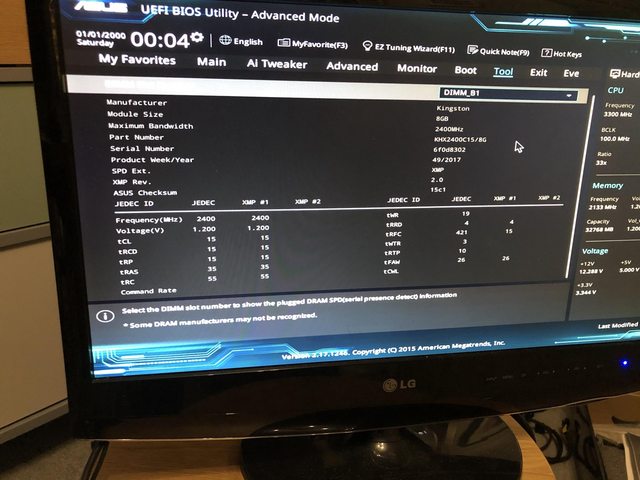 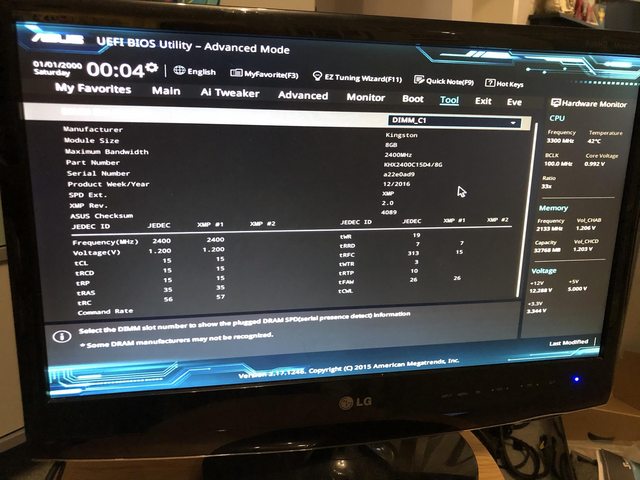 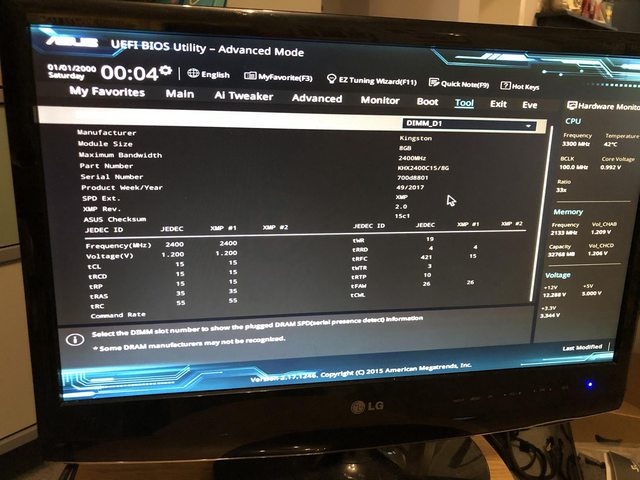 OK sounds like classic mismatched sticks. They'll be fine at lower speeds but not at xmp speeds. I'd look for a 4 stick kit, or buy 2 kits grim the same retailer. Should maximise your chances of a match.

Have you tried in dual channel rather than quad channel ?

adrichardson81 said:
OK sounds like classic mismatched sticks. They'll be fine at lower speeds but not at xmp speeds. I'd look for a 4 stick kit, or buy 2 kits grim the same retailer. Should maximise your chances of a match.
Click to expand...

Yeah, probably. They are all running fine together at 2000Mhz. The performance difference will be minimal so happy just to leave it like that for now. Won't try and mix and match in the future and just buy kits for what I want/need to rule out any of this.


mickyflinn said:
Have you tried in dual channel rather than quad channel ?
Click to expand...