philstanbridge said:
Hmm I love to reinvest in a unit.
Where do you find them now?
Click to expand...

i got mine off a work mate for £50 boxed, really lucky he didnt know the true value.

Choimaloy75 said:
Would I benefit from 3.2 os upgrade as well?
Click to expand...

It depends what you're doing.

If you're always in Workbench, then the later ROMs and OS will help fix quirky issues. But if you're just playing games, it won't make a difference.

My A1200 has a ACA acceleration card where you can load ROMS into that. Very clever.

plasmahal said:
I have 3 amiga's in the loft, so the next time we have a sort out, i'll need to see what condition they are in.

I have nothing to connect them to and TBH, I would know how to use them!!

If any are an A500+, or contain an accelerator or RTC with a battery they should be brought done asap to have battery removed

SO I had an Amiga 500+ for Christmas when I was a kid. It was the bundle that came with Lemmings, Simpsons, Captain Planet, Awesome etc.
Money was tight, so it was actually a shared present between me and my brother. We also got a new TV that Christmas (from Radio Rentals!) and the big old TV was moved upstairs in preparation for the Amiga to be hooked up to it.

Christmas morning came, hooked the Amiga up to it...lets just say, the might of the Amiga was too much for the tv. I was stuck playing in black and white for 5 months until my birthday and a dedicated monitor! My A1200 Magic Pack still in its original shipping box 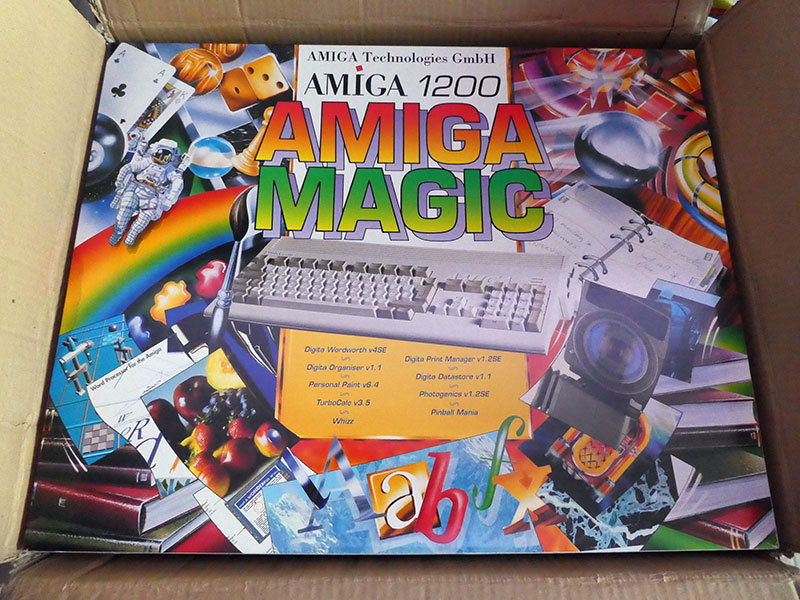 My first Amiga was the A500 and from the Batman Pack 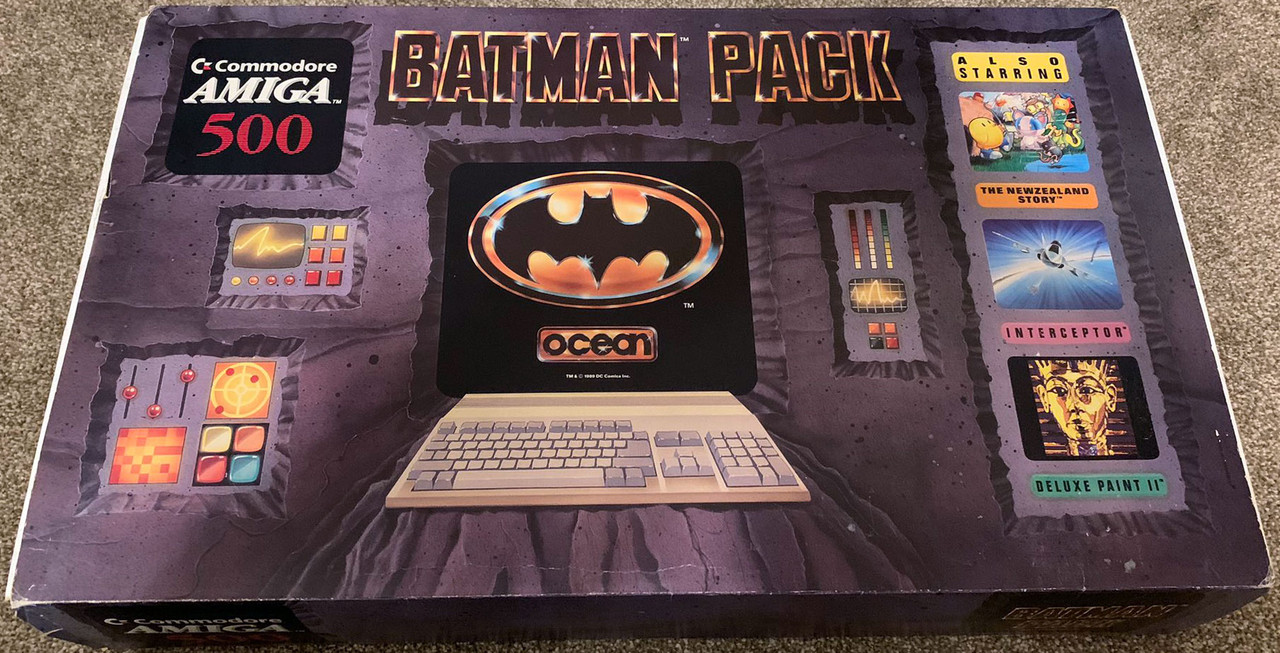 I remember drawing in Deluxe Paint ever since I got my first Amiga as a kid so its definitely a program I used... might still have some old stuff hiding on a disk somewhere.

Here is some games from my A500 Batman Pack. 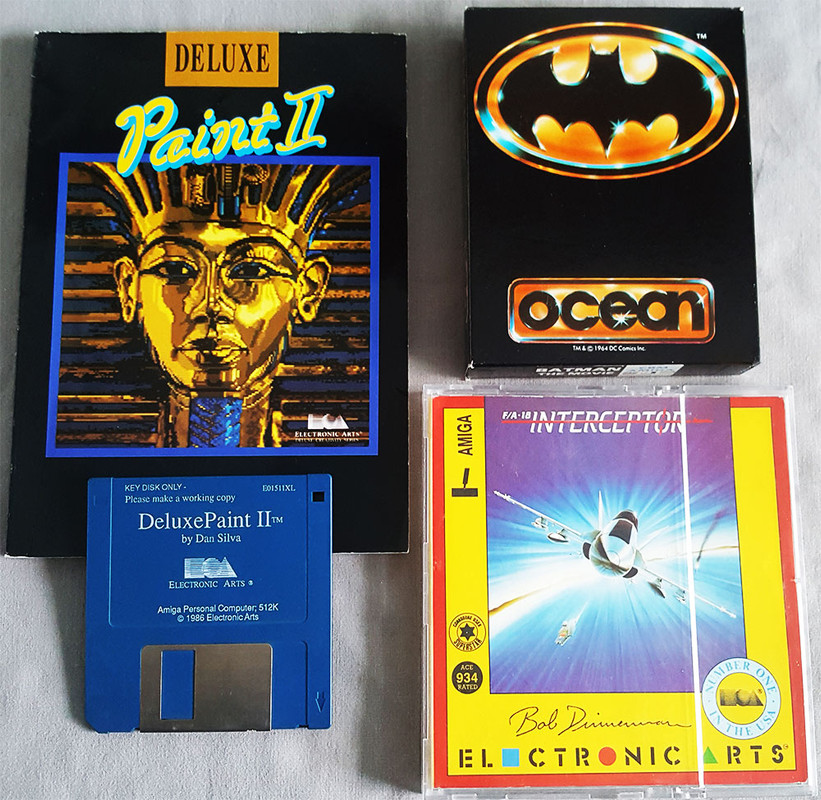 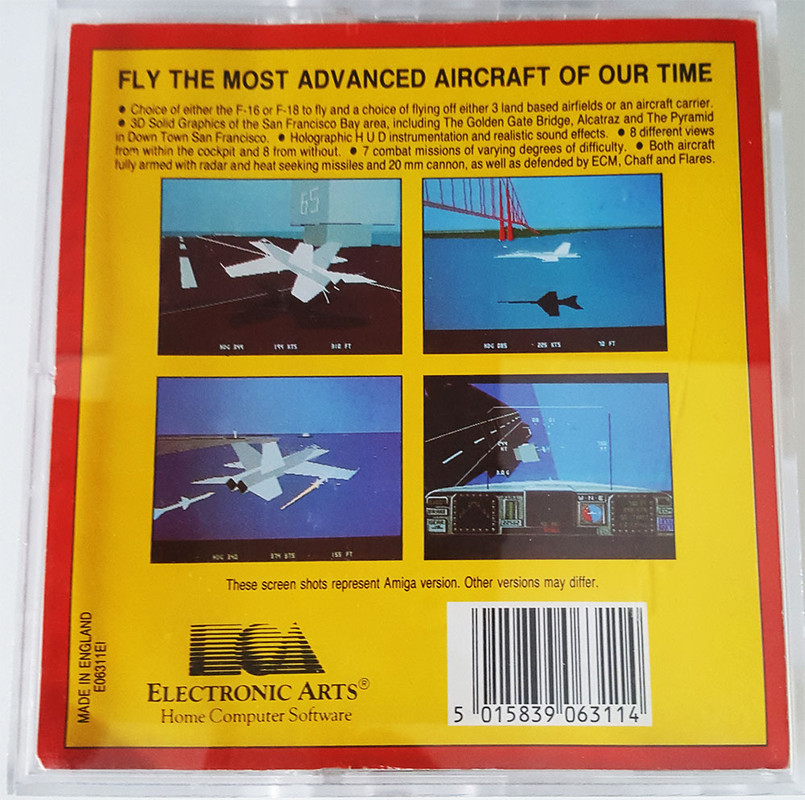 Found an interesting Electronic Arts Amiga brochure hiding under my Deluxe Paint 2 manual so here is a little trip down memory lane! 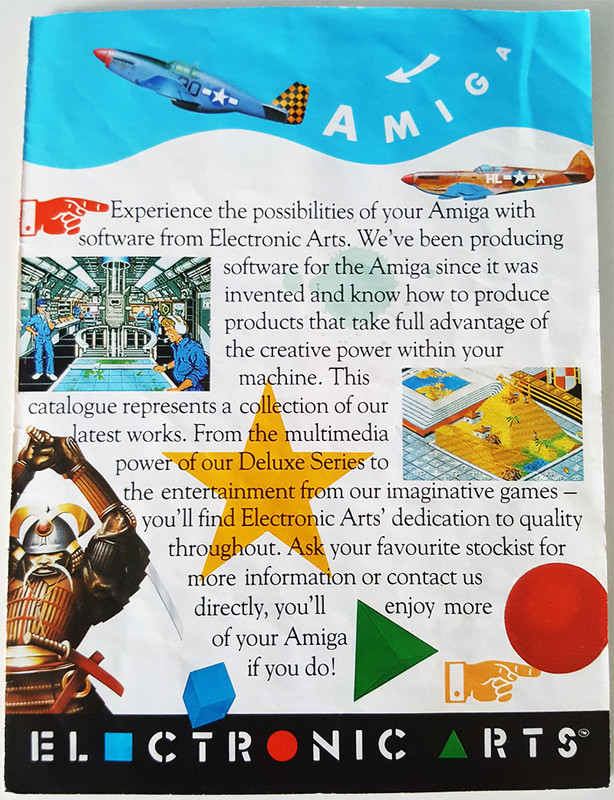 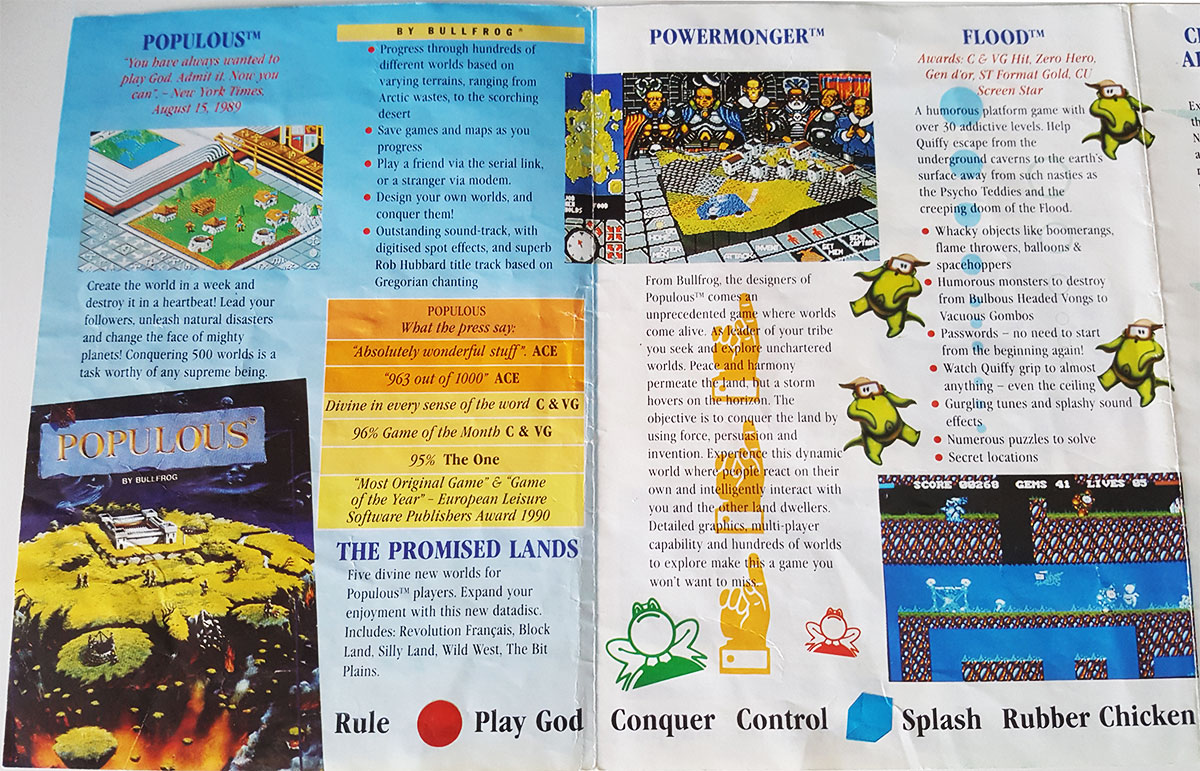 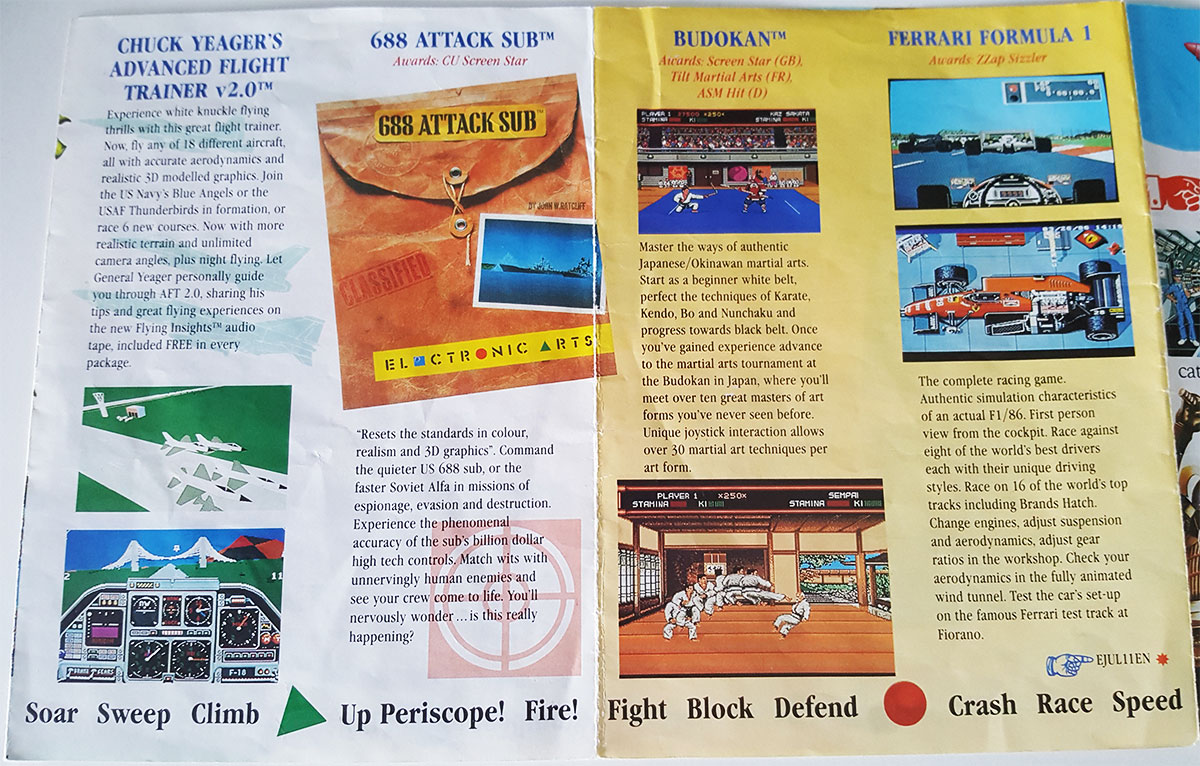 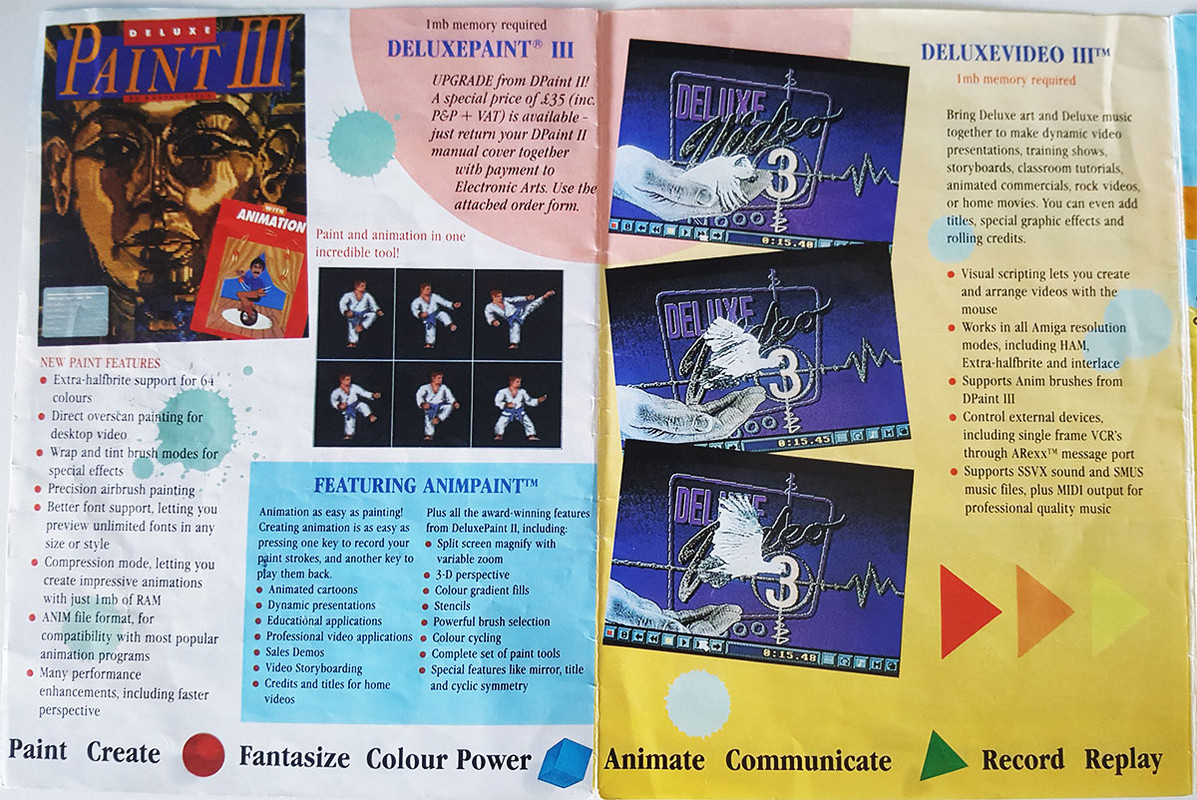 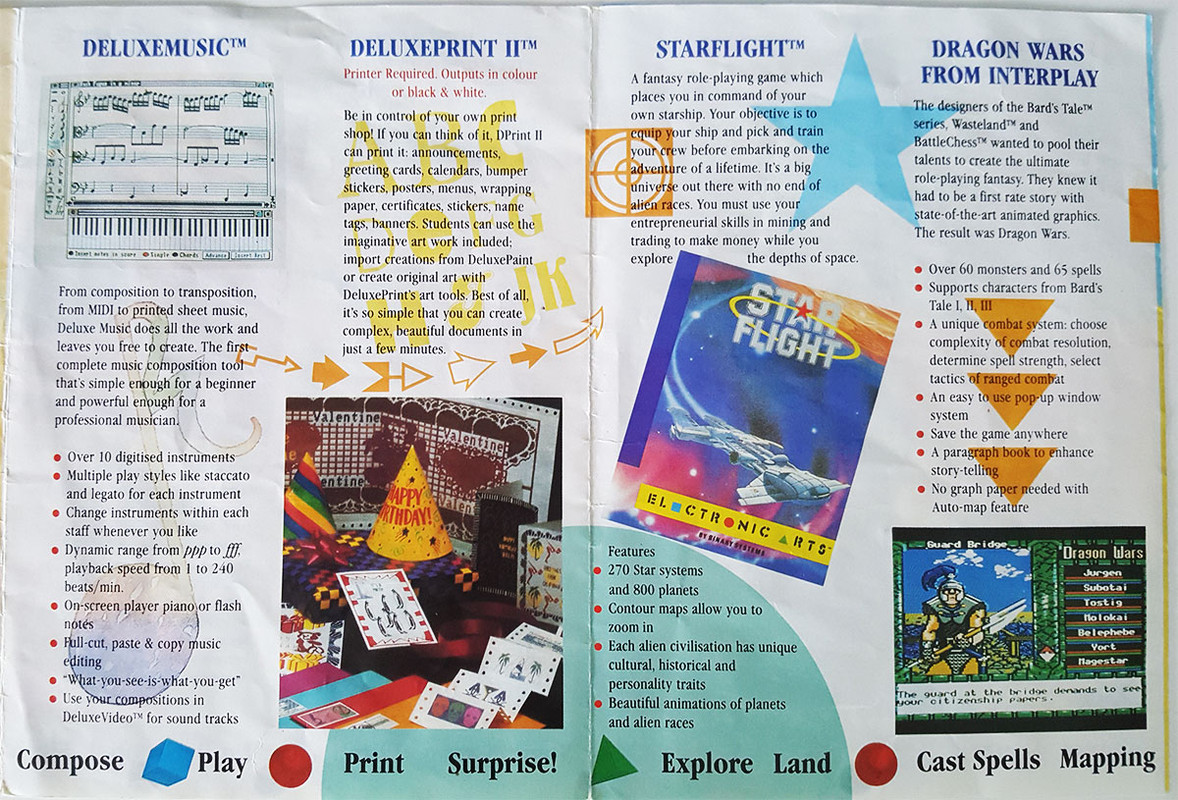 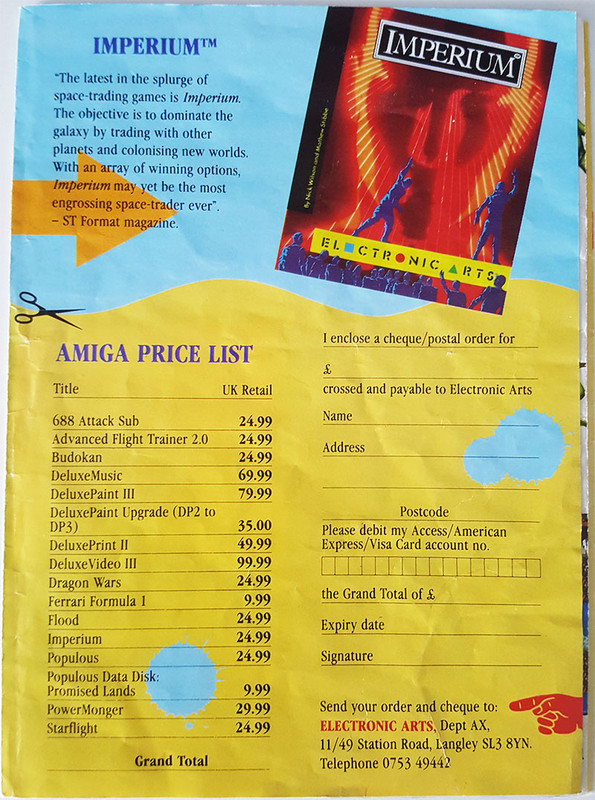 EA were once an amazing company, promoting its game creators like rock stars, in an industry that often refused to give due credit to programmer, artists, etc.
The games were even packaged like vinyl albums.
Unfortunately it seems that all small companies that turn into corporations become the opposite of what they originally were founded for.
EA, Activision (which was founded as a company by developers, for developers) and Apple have all gone this way.

Yes, concur. I had that brochure at one point too, and used to dream about working for a company like that. You know I think that's why I still like to read a magazine. It must rekindle fond memories.

Old magazines are nice since nostalgia and it captures the time it was made in but speaking of EA, I happen to have a couple of their earliest games on CD still sealed and while these are PC releases, 3 of them have links to the Amiga.
I will just post about them here since it might be interesting knowing the Amiga connection that some of these old EA games have.

Chuck Yeager's Air Combat was released for the PC in 1991 with an Amiga version seemingly planned since Amiga mags like Zero mentions it in their May 1991 issue, however an Amiga version never materialized.
LHX Attack Chopper from 1990 had an Amiga version partially developed according to EA, but they had problems getting it to run fast enough so I guess the programmers never resolved the issues in time. 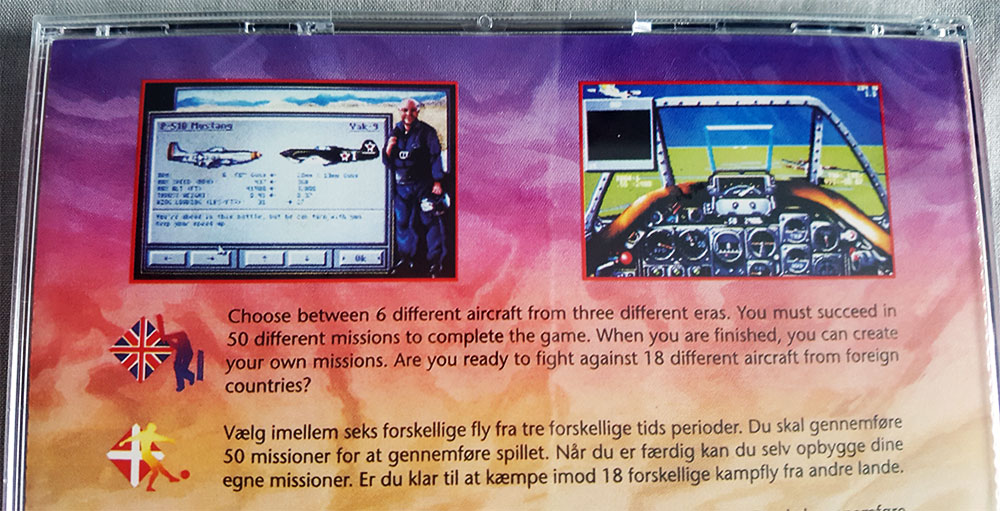 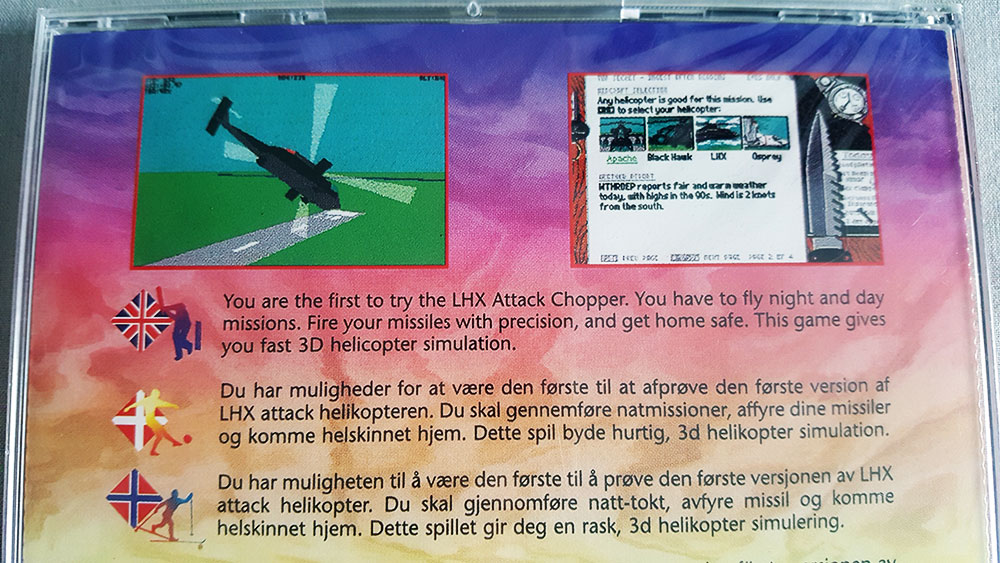 688 Attack Sub is probably the best known game here for Amiga users since the Amiga version came out the following year in 1990, scoring a nice 86% in Amiga Format.

Stormovik is the only EA game in this lot with no links to the Amiga but it does have a little story of its own.
The game was actually developed from an internal challenge at EA to make a fun game in just 14 weeks, possible to show at CES in 1990.
They did end up completing it in time and despite barely marketing it before release, it still sold well on the PC. 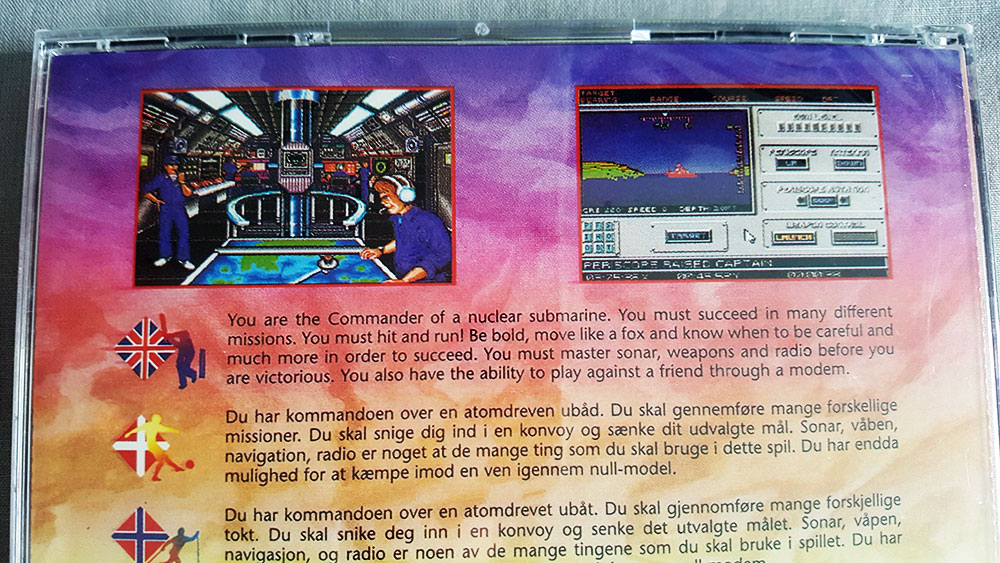 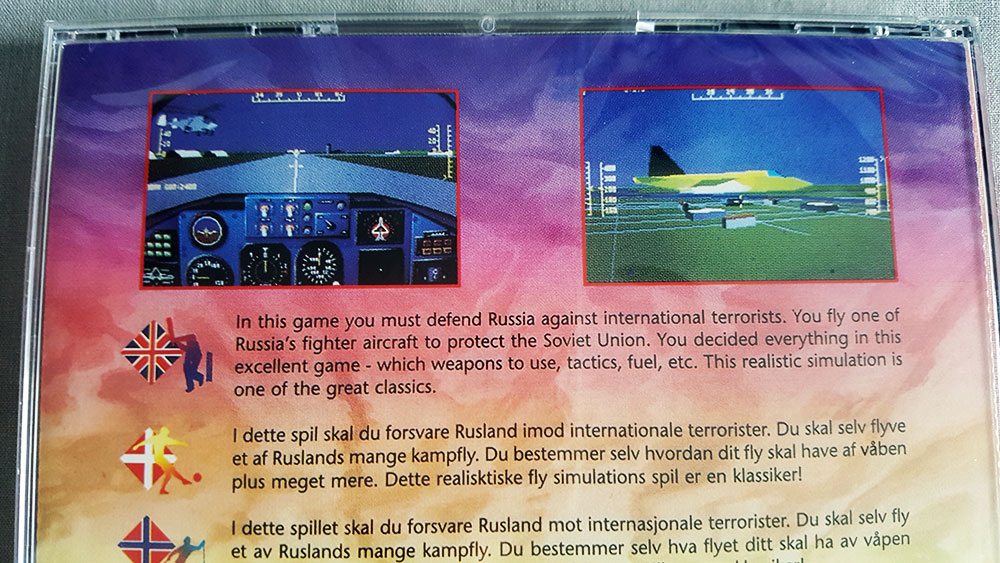