I have had a lot work done to the front of the garden, new walls, new driveway and whats left of the lawn \ garden is a complete mess. I have decided to dig it over and turf it and start from scratch again.

This is the start, I knew we were about to start digging so I left it go a bit! 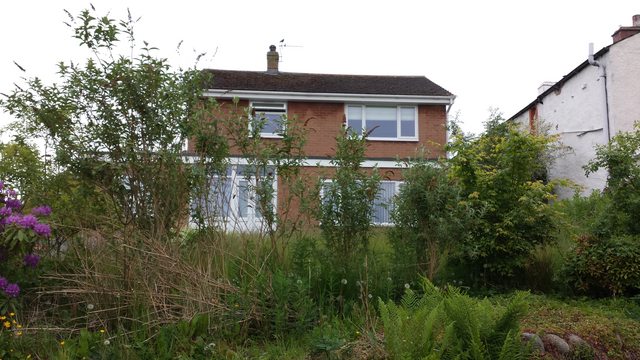 Dad bought a JCB and we used his Fordson with a trailer which he bought for the job. The JCB was leaking fuel and when we ran out we had to bleed the fuel line! If you loaded the Trailer too much the steering was too light and nigh on useless so I ended up using the break to steer. 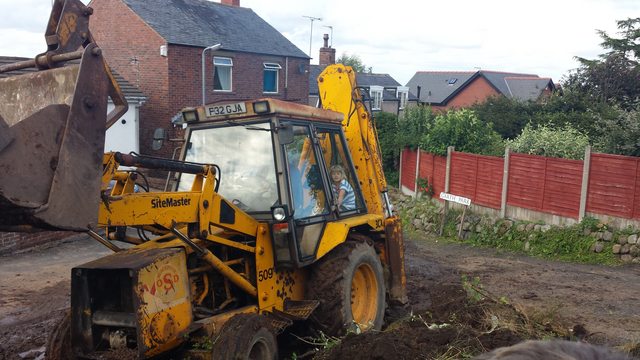 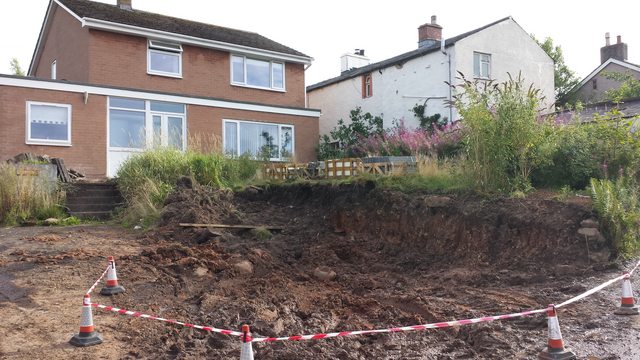 This is when my daughter suggested we get a swimming pool instead! 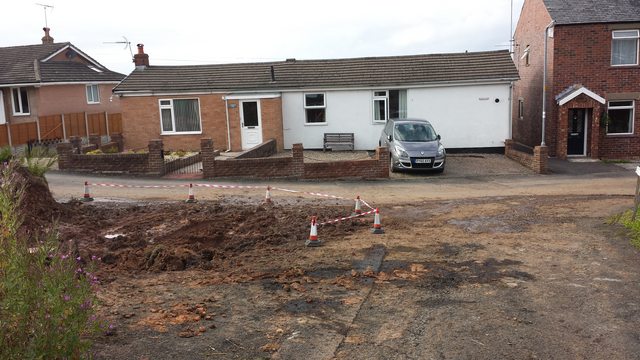 We have a wall 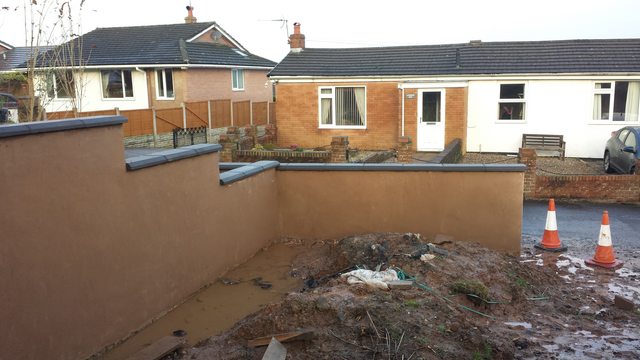 Finally we can park the cars on the drive, we started this in September the digging out took about a week but we were interrupted by planning who said we should of applied for planning permission so that put the job on hold for 6 weeks. We had trouble getting a builder to do the work, we were promised a January start but he did not turn up until late February. He took 3 months to complete the drive as he rarely turned up. 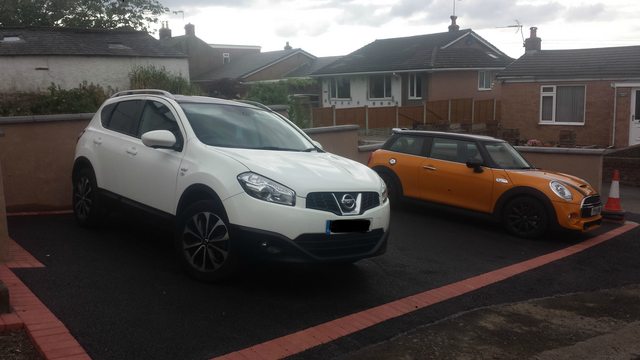 Finally done but I have to start on the garden

It's going to rotavated and turfed again. 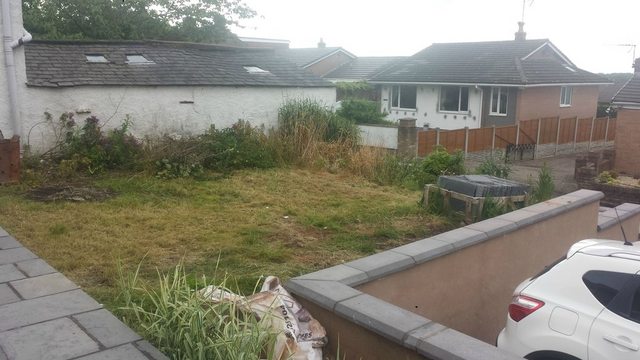 I am very pleased with the driveway, in the end the builder did a good job. I had a lot of help from my dad who expertly drove the JCB except for the bit we had to replace a neighbors fence panel and bend back the road sign a few times

We decided to dig the drive out ourselves as were getting quotes of about £5000 to do it. In the end it cost us out time, we used dads Fordson and Trailer and he bought a JCB which he used for my house and to dig the foundations for my sisters house. We carted the soil etc to farmers field where we filled a hole in.
Last edited: 2 Jun 2014

Nice job sir, you have a nice house also, which part of Carlisle is that, from the pics i can't make it out.

Given you had the JCB, could you not have leveled the driveway?

Aside from that, looks tidy, nice

Cookeh said:
Given you had the JCB, could you not have leveled the driveway?

Aside from that, looks tidy, nice

Were on a small incline if we had leveled it out we would not be able to drive on from the road.

Spook187 said:
Nice job sir, you have a nice house also, which part of Carlisle is that, from the pics i can't make it out.
Click to expand...

Small village about 5 mile outside of Carlisle called Cotehill.

wnb said:
Were on a small incline if we had leveled it out we would not be able to drive on from the road.
Click to expand...

That certainly justifies it then haha.