Begbie said:
Was it the tyre or the snow that caused the sacking off? I can excuse the tyres

It was me bonking and then the tyre

The fox 36 has an RRP Bolt on pro guard, and along with the gearbox, belt drive and titanium frame, it's an 'ultimate winterproof hardtail' build that will require just a hose down every few weeks, and means my lovely YT Jeffsy Pro Race won't be covered in mud for 6 months like last winter!
Click to expand...

Sounds sensible and will be a great winter bike! I have Tech X2s on my PP Shan and they are more than adequate for me, the Druid will be a Mullet build and the only thing I am still debating with is whether to go for a Carbon wheelset or stick with the Hope Fortus. 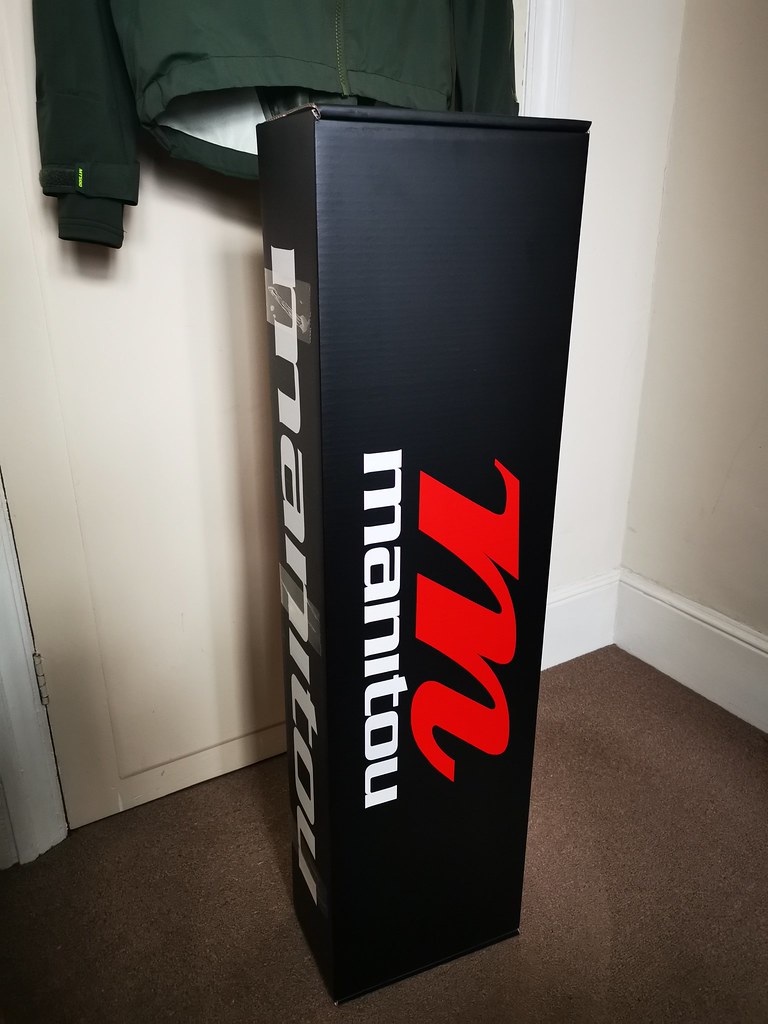 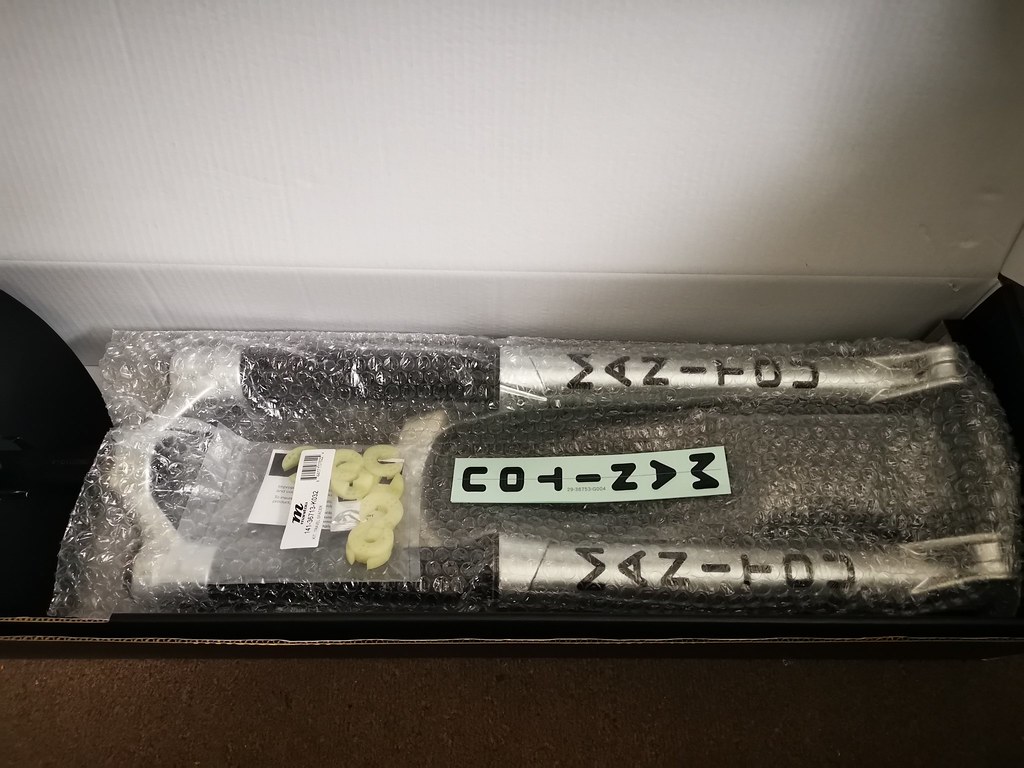 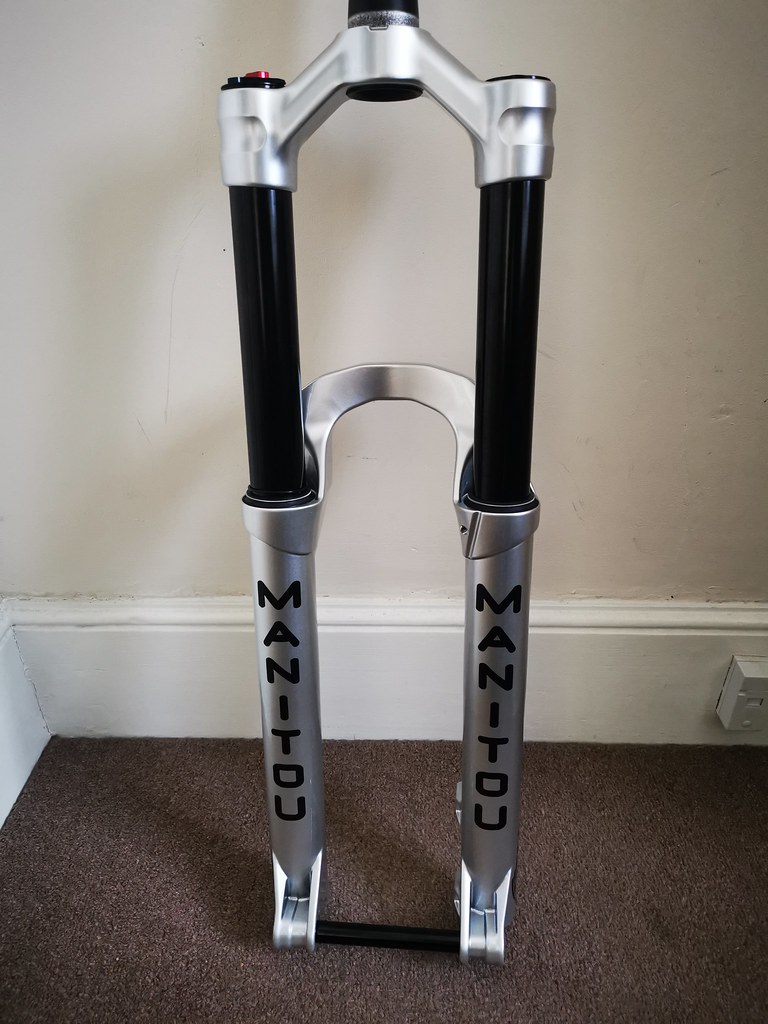 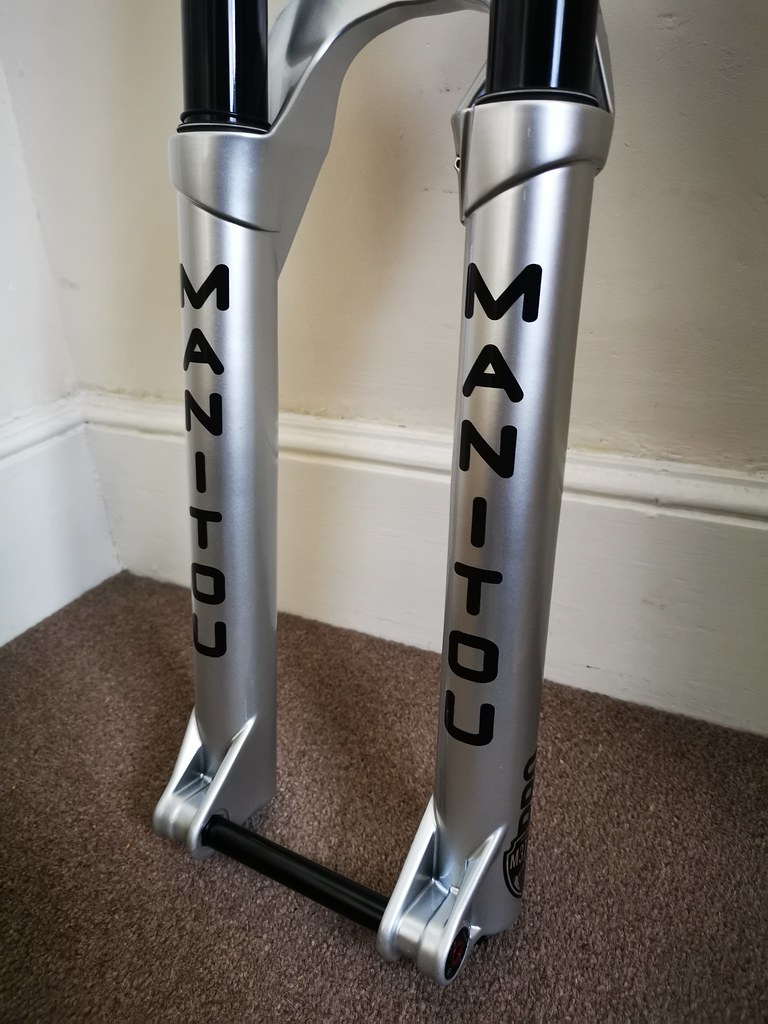 New bike day for me tomorrow, being delivered a Whyte 905 V3. Was just checking my emails, I ordered it on the 29th June!

BPW was awesome on Sunday. Uplift for the day was great, they're a bit slow mind! The new bike handled it perfectly! 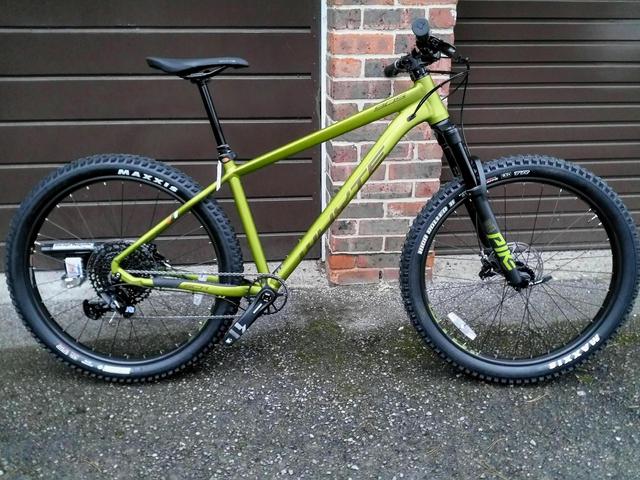 Don't forget to remove the reflectors.

Don't forget to remove the reflectors.
Click to expand...

They are coming off as soon as I get some orange pedals and matching grips!

How dirty all new bikes should look!

So dirty the images are broken!

mrk said:
So dirty the images are broken!
Click to expand...

So dirty they've been censored!

Anyone done much hike-a-biking?

I did Gatesgarth & Nan Bield Passes loop earlier this year and was looking for something similar in the lakes I could have a pop at when the weather gets better again.

Pictures from the route
https://photos.app.goo.gl/H8tcamFQrFfaS4oV6


Don't normally do write ups but thought I would for this one as it was different, and even though I've biked a lot this year, I've never took it to the lakes or combined it with another hobby of mine which is hiking. Being stuck indoors a lot lately with uni starting back up and the weather not being great anyways I've 'just' managed to stay on top of it

Last minute planning to go the lakes Friday I thought of trying somewhere south east since I've not really been that way. I wanted something challenging since I've not done much in weeks and found a bike route that required carrying a bike and a description "Not one to be taken lightly. Hike-a-bike, technical switchbacks, punishing climbs." And it wasn't wrong

The whole route was a figure 8 so I parked in the middle near Kentmere with expectations to complete the full thing but if it took longer I could just do half. I decided I'd do the half with the 2 passes and most strenuous first.
You began with a gentle climb to the top of a downhill section towards Sadgill that's flowy enough to reach speeds which made my eyes water and which spits you out at the bottom of the valley with a huge grin but concerns it was long enough to question the level of elevation I've dropped that I'd sometime have to climb back up

From Sadgill you then ride though postman pat land; the Longsleddale valley before the long (lives up to its name) and brutal climb up towards Gatescarth Pass that's over double the elevation of the first decent. The path is rocky and there wasn't a chance I could ride up it so it was a hard slog pushing my bike up to the top occasionally stopping to enjoy the views of the valley and people climbing to make it less punishable whilst thinking "if this is what hike-a-bike is at least it's manageable by pushing... "

I knew there were two big hills en-route so getting to the top of this climb there's a bridge and a perfect stop for lunch before the next downhill section, or so I thought

after refueling I set off round the corner for what I expected to be all downhill, to find another decent sized hill to continue pushing my bike up

Getting to what was finally the top it was onto Gatescarth Pass - a picturesque and superb downhill section back to the valley bottom towards Haweswater - with a combination of steep, technical and loose tracks that felt like I was literally just clinging on for the ride. I've never been so out of breath going downhill but probably never recovered from the previous accent

At Haweswater you do a 180° and head back but towards the second pass Nan Bield. After an initial ridable section I probably rode my bike for all of 5 minutes to the top with the remainder a reality check of what hike-a-bike really meant. It was a long hike so gave plenty of time to practice what works best in terms of trying to limit the pain in my neck and shoulders as it's so steep it makes you wish you were and could push your bike the way you hardly enjoyed up to Gatesgarth, but there's very few possibilities for the most part you have to haul it.
When you reach the top and Nan Bield Pass, you are greeted with views down to Kentmere Reservoir and the Kentmere Common descent leading to it. It was nice to sit and chill for food with the view knowing this time it was all downhill from here

Looking from the top it looks like a smooth trail you could ride super fast with endless switchbacks and good terrain, but once you're on it, at least the top section, you find it's very steep with stairs of death, big rocks and drop offs that if you go too slow they'll just halt your momentum and you'll end up over the bars so you have to at least attack it with relative speed.
There were a couple gnarly bits I got off and carried my bike down as I didn't fancy broken teeth but for the most part I stuck with it, and by the time I reached the bottom my arms were so pumped I could barely hold the brakes and kept letting off to give my arms some rest for what little that did but I was enjoying it too much to stop.

I didn't manage to do the 2nd half and what would have been the 3rd pass but will certainly be trying again next year with more daylight. By the time I got to my car I felt pretty beat up and fulfilled from a full body workout.

This is the type of route you have to be willing to accept you'll spend more time pushing and carrying a bike then you will riding it, but when you plug yourself in with music and get to the descents they make it worth the gruel and I'm glad to be able to do these things whilst still relatively young and able.
It sounds cheesy but when you're sat at the top on your bike ready to tackle a downhill descent with unreal views and a playlist set up it's so rewarding and uplifting pinging down it in the moment and does wonders for mental health and fortitude I can't recommend it enough. 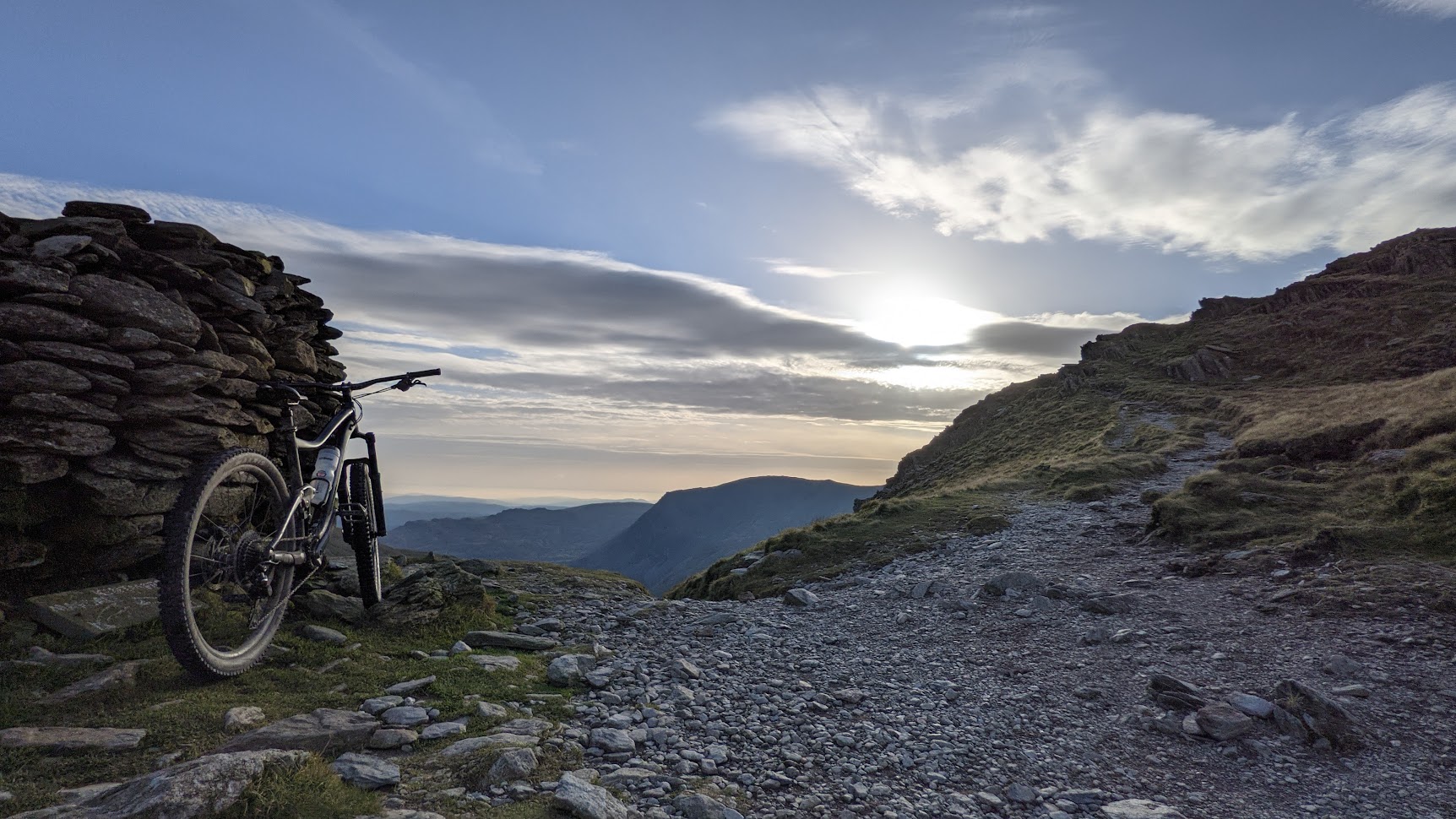 Begbie said:
How dirty all new bikes should look!
Click to expand...

So are you going to stop teasing and tell me what you've bought?

Jonnybmac said:
Anyone done much hike-a-biking?

I did Gatesgarth & Nan Bield Passes loop earlier this year and was looking for something similar in the lakes I could have a pop at when the weather gets better again.

Pictures from the route
https://photos.app.goo.gl/H8tcamFQrFfaS4oV6

I did a write up on Facebook at the time for those who haven't done this
Click to expand...

rhysduck said:
So are you going to stop teasing and tell me what you've bought?

I wanted to do whinlatter as apparently that's good and my friend keeps saying he will take me so didn't want to spoil his promise so did something solo instead. Really satisfying to be on top of a fell with your bike knowing the effort you've had to put in to get there. You do get a lot of funny looks mind

rhysduck said:
So are you going to stop teasing and tell me what you've bought? 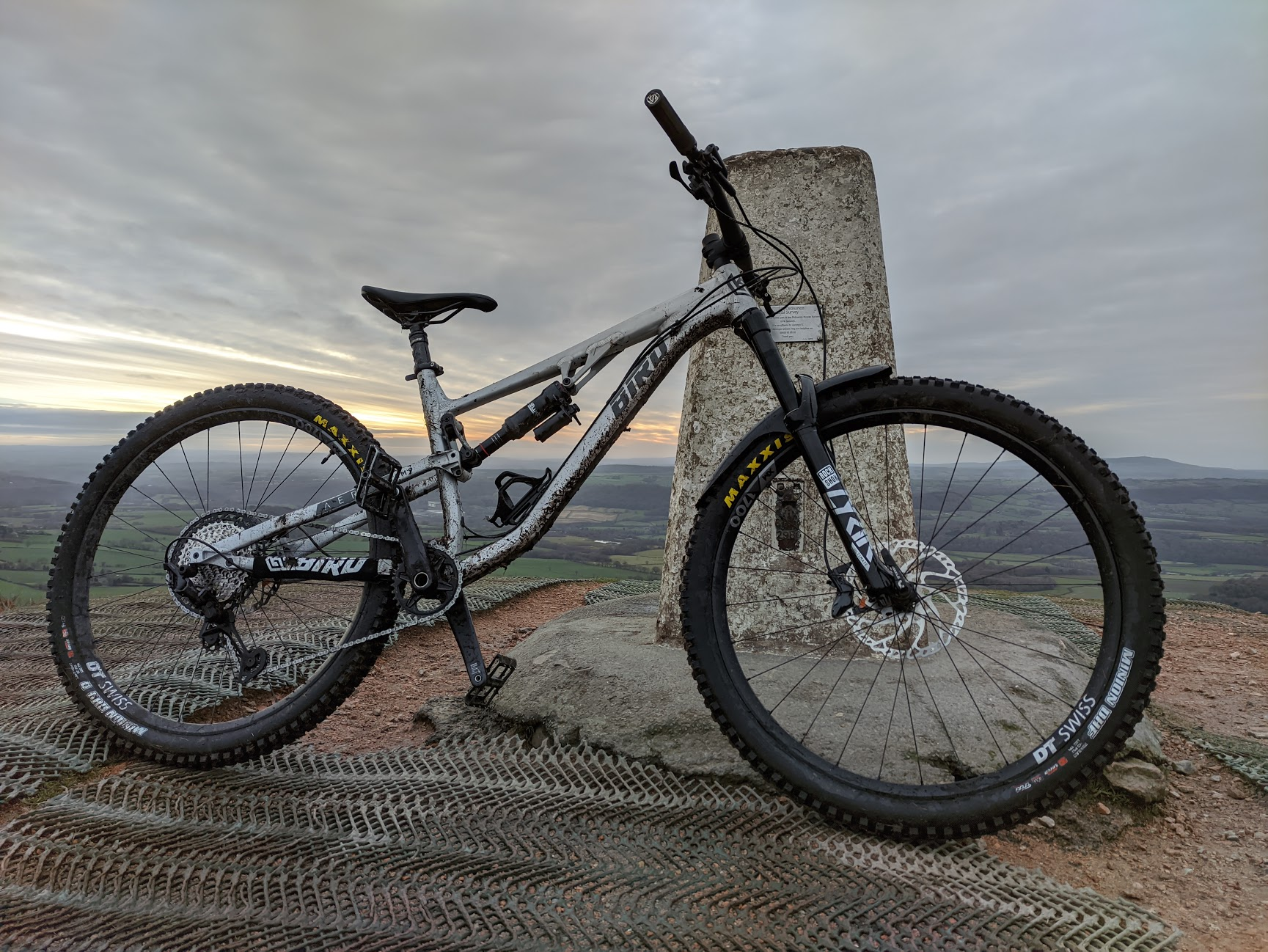 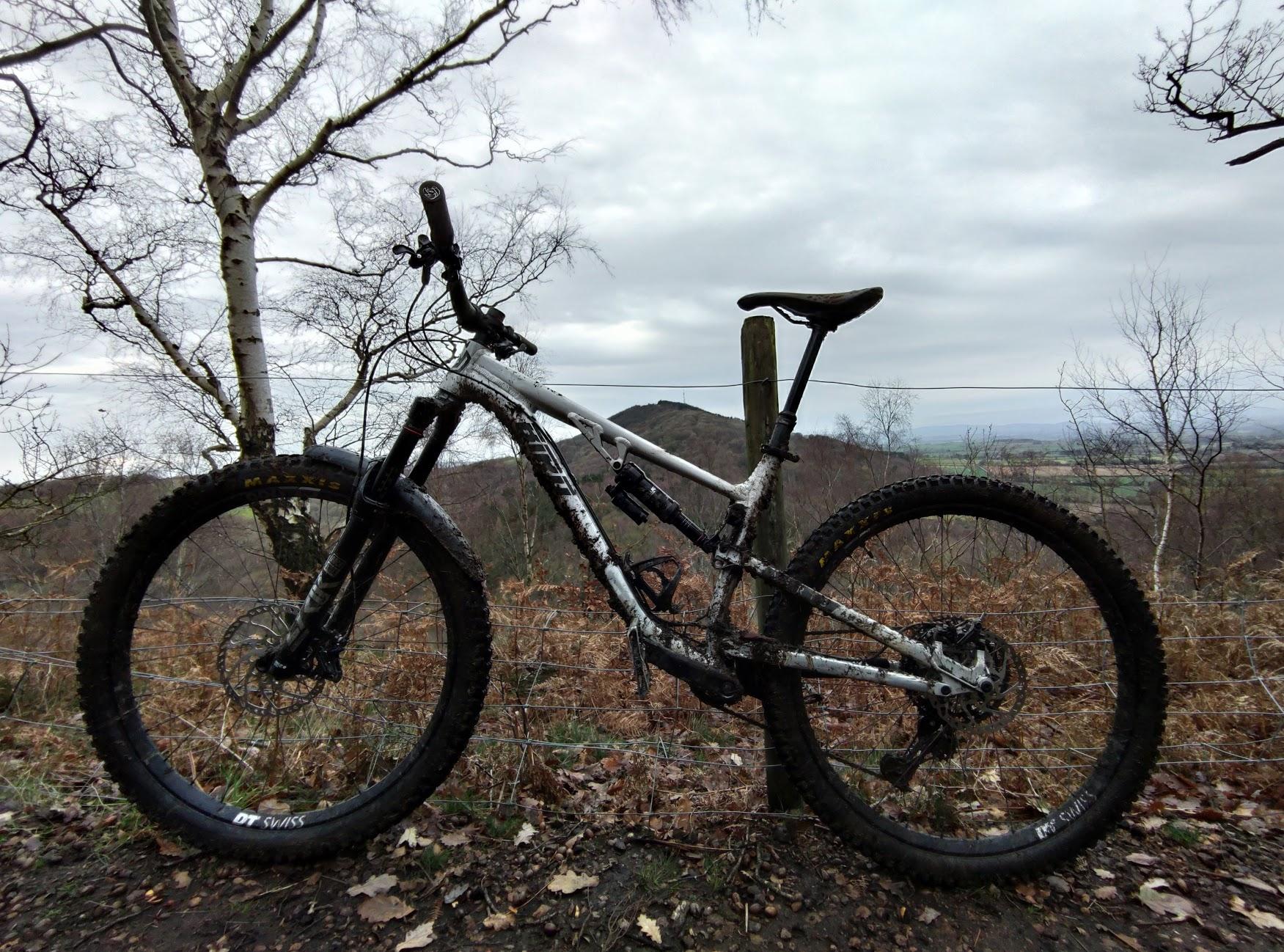 I love the lakes, some great riding to be had.

Oooo nice!! How you finding it compared to your last one? I did toy with the new Aether 9C but didn't want 29".

rhysduck said:
Oooo nice!! How you finding it compared to your last one? I did toy with the new Aether 9C but didn't want 29".
Click to expand...

It climbs so much better though, the Aeris wasn't a slouch but this is fantastic.

Location
Somewhere on the Rainbow

Jonnybmac said:
Anyone done much hike-a-biking?
Click to expand...

You could try Helvellyn, rather than hike a bike it’s more push a bike in the way up. Sticks pass, dolly wagon pike all good fun.

Or try Skiddaw, Carlside, Ullockpike, back o’skiddaw (YHA) and down Lonscale fell. Nuts loop but great, big full day out.

I love the lakes, some great riding to be had.
Click to expand...

Have you shortened your chain?


kefkef said:
You could try Helvellyn, rather than hike a bike it’s more push a bike in the way up. Sticks pass, dolly wagon pike all good fun.

Or try Skiddaw, Carlside, Ullockpike, back o’skiddaw (YHA) and down Lonscale fell. Nuts loop but great, big full day out.
Click to expand...

Not sure I'd enjoy coming down off Dollywagon Pike if you mean towards the tarn, from what I remember it's just steps - I have a sort of death steps route local that's long and sustained enough to give you major forearm pump and even blew a hole in the sidewall of my tire earlier this year

I've done Helvellyn so many times I think it would kill me hiking a bike up there lol; plus I imagine it will be pretty busy and single track.

Skiddaw sounds interesting. Just googled the mtb route off Lonscale if you mean the blue one? Looks a pretty steep decent

Location
Somewhere on the Rainbow

Yeah, down dolly wagon. I’ve only managed about 50% to the tarn, never seen it done completely. From the tarn back to the car park in Glenridding is a great bit of riding.
You must log in or register to reply here.
Share:
Reddit Pinterest Tumblr WhatsApp Email Share Link
Top Bottom