My review of the OcUK Limited Edition P170EM

Hi all, I was looking for a gaming laptop, Because of home life as in being married I have no room anymore in the house for a full size gaming rig as my wifes wardrobes take up all the bedroom space. my old laptop began to die on me (acer 6930). It could never play games on medium settings, so i was getting desperate to be honest.

So I started looking around on the net for custom built laptops, **No competitors** overclockers all showed promise, after pricing up the spec I wanted I came up with this:

Overclockersuk with there heavy discounts came to about £1430.

So i ordered from overclockersuk. I ordered on a Wednesday afternoon after 4pm, before OCUK opening weekend, I originally ordered it with a 3630qm and regretted not going with the 3740qm, the next day I left a message on the OCUK customer services forum and it was upgraded within the hour by helpfull staff, I asked for the ETA for the laptop thinking it will be 14 days plus, but was surprised when they said tuesday.

MONDAY: well after receiving an email stating my laptop was shipped on saturday with a tracking link I was surprised, delivery was spot on arrived at 11:50 monday morning as said in the email, I was shocked it was bang on time, the lads at OCUK outdid themselves even with opening the new shop on the saturday.

I arrived back from work took the large box, I also ordered headphones and a laptop cooler CM U3, everything was packed neatly with foam and airbags, the laptop was inside two boxes excluding the large one.

I was surprised when I switched on the machine that I got the matte screen WOW, and a 6300 intel ultimate wireless card with haribos to eat, cheers OCUK, I was told it was a free upgrade, plus I recieved hitman abs, sleeping dogs and farcry 3 for free.

The hotfix drivers had already been installed too, I ran speed fan to check temps of the cpu and gpu after 3 days the temps all dropped by 10c maybe the thermal compund needed to bed in, now at 100% stress the cpu maxs at 70c and the gpu reaches between 75c and 81c max (room temp between 20c and 25c). no overheating issues but I am not overclocking this system as I want it to last 3 years before ordering a new one.

LOADUP TIME: The first 3 startups took about 20 seconds now a week and a half later its between 8 to 14 seconds to desktop full loaded depending how fast i type my password. Amazing never had anything like this.

It runs all games max or close to max fluidly I have played:

GUILD WARS 2: plays on ultra but AS and AA need to be turned down from 16x
SLEEPING DOGS: again high res textures on but AS has to be turned down to 4x for steady 45 to 60 fps otherwise you get drops to 25fps.
HITMAN ABSOLUTION: plays at max on everything steady 43fps min to 60fps limit
METRO 2033: needs 4x aa as to play any higher and spikes in performance occur once every 5 minutes for like half a second, (just being honest)
ALIEN VS PREDATOR: max everything no problem
TOTAL WAR, SHOGUN 2: max everything no slow downs on dx11.

For a laptop this is amazing.

LAPTOP LOOKS: the finish on the laptop is good it has a nice brushed black aluminuim feel that will not wearout, but fingermarks are left easily tough build quality more rugid compared to my acer laptops, keys feel positve to type good medium pressure, good bright backlit keyboard 3 different colours can be chosen at the same time.

CAMERA: The camera works well, its fine for skype, in built microphone is ok but sounds a little mute, a standard head set mic is much better.

SOUND: Well this is the only real negative of the whole laptop ONKYO are the cream of the the low end high performance HiFi world so these should sound like the best laptop speakers in the world, but that there NOT, they never distort they do go loud but theres no real bass like the tuba bass system on the acer laptop I have, once connected to my Logitech Z5500 it sounds better but the lack of a graphix equaliser shows, USB sound card needed will be buying one soon from OCUK.

Well if any screenshots/pictures other benchmark results required just ask I will do them as soon as possible.

is it possible for you to do an arma 2 benchmark?

Nice review, thanks. So do these laptops not have an Creative X-Fi upgrade option?

Plenty of pics on Notebookreview form a zillion angles. http://www.notebookcheck.net/Review-Clevo-P170EM-Notebook.73442.0.html

My issue is a mate has seen my m17x and wants something like it. The issue the P170EM looks cheap and wanted for some user pics just in case it was staging shots.

matthab said:
My issue is a mate has seen my m17x and wants something like it. The issue the P170EM looks cheap and wanted for some user pics just in case it was staging shots.
Click to expand...

They arent staged shots, Notebookreviews are all genuine and detailed.

Are they chiclet keys on the keyboard?

lol yes they are blurry took with my crappy blackberry, when you say chiclet what do you mean?

The back of the laptop, its a very nice metal finish

Thanks for the review, really glad your enjoying it!

One thing none of your pictures work.

Gibbo are they chiclet keys or traditional style ones?

I will sort it when I get home.

Richdog said:
Gibbo are they chiclet keys or traditional style ones?
Click to expand...

Gibbo said:
You've lost me m8, what do you mean?
Click to expand... 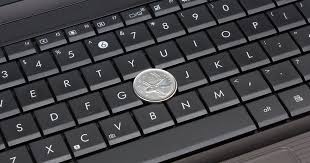 The photo in the OP looks like chiclet to me. *shrugs*