New PC. Opinions on this build?

Hello everybody. I've been thinking into building a PC for a while, and now that I'm gonna have the time during the christmas break, it looks like the right moment to do it. I'm not really into PCs, so I would welcome any advice or critic you guys have towards my build.

CPU:
-Intel Intel Core i5-10400 - 170£
The initial idea was a ryzen 5 3600, but they are not that cheap or easy to find anymore, so I think this i5 is a nice suitable replacement, and also a cheaper one. The integrated GPU might come in handy as I have't decided which GPU to buy yet, so I could possibily build the PC first and then adquire the GPU later one.

Motherboard:
-ASUS TUF Gaming B460M-Plus (Wi-Fi) - 115£
I'm a little bit lost here as I was initially considering an AMD CPU, but this one looks like a good choice to me. Plus I would like to add Wifi to my build, so I would be saving a few quid there as this ones comes with it already.

GPU:
-Nvidia 1660 - 200£
Just written down as an example, because I honestly have no clue of what I'm gonna get. I wouldn't like to spend more money than the neccesary, but, at the same time, I would rather buy something decent now than something cheap and then something decent later on. I'm thinking into getting a VR set, probably thinking in next winter or so, so I could possibily get a 200£ card now, or spend 450£ on a 3060, or even wait for the 1050Ti or something, I just don't know.

PSU:
-Corsair CX750F RGB, 80 PLUS Bronze Fully Modular ATX - 90£
Again, I own this already, bought it while I was going through PSUs, and almost got crazy as everything was pretty much out of stock. Didn't want to spend that much on it, but I wasn't gonna go cheap on this and I also wanted no unnecesary cables around really.

Storage:
-Sandisk SSD Plus 1TB - 70£
Bought it already. I was originally thinking in an M2 SDD, but saw this at 70£ so I couldn't help myself... I'll probably get an M2 SSD unit later on for the OS and leave this one for games or storage only.

I think I didn't forget anything.... all the stuff have orientative prices, should anyone want to share his opinion or recommend something else, only so you know what I would like to spend on it really. As you can see, I'm not going with one of these expensive builds, just want something with a good quality/price ratio. Gonna use the PC for a few things, but let's not fool ourselves, if I'm building a new PC is for playing, basically. I could spend more, but only if it's really worth it, don't want to go crazy here really.

Again, to whoever replies, many thanks for your time, opinion and expertise.

Many thanks for your opinion. I might even consider a 3060, if I can get one, that is.

Odirse said:
Many thanks for your opinion. I might even consider a 3060, if I can get one, that is.
Click to expand...

What monitor do you have or plan on getting ?

What monitor do you have or plan on getting ?
Click to expand... 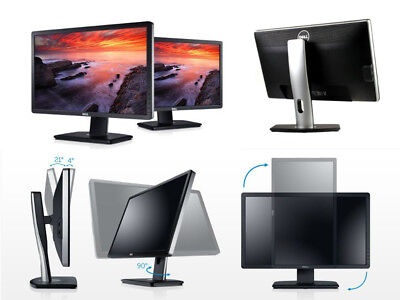 It's just 1920x1200, so obviously I wouldn't need such graphics card, but the thing is I've been thinking into getting into VR for a while now, hence my dilemma. Between spending 200-250£ in a GPU which would suit me fine for now, but I might be thinking in upgrading within a year, or spending 350-420£ in a 5700 or 3060Ti and forget about buying another graphics card in a while, I think I'm going for the latest. Let's see if I can get one of these "cheap" 3060Ti the next time they're in stock, I just wish I had taken this decision two days ago or something. The good thing is... I have time to think about it, while I wait for the 3060s to be in stock again.
You must log in or register to reply here.
Share:
Reddit Pinterest Tumblr WhatsApp Email Share Link
Top Bottom