woppy101 said:
but can I just ask though how many of you guys that all of a sudden hate Newcastle United also closed your Facebook account, stopped watching Disney movies or cancelled your Disney plus subscription, stopped filling up your car at Shell or BP oh and decided not to get the Pfizer vaccine among other things? Newcastle fans aren’t to blame for who buys there club, much the same as Manchester City fans weren’t to blame when the UAE bought them who whilst not a bad as the Saudi’s still have a suspect past.
Click to expand...

How do their public equity investments have anything to do with their private acquisitions?

There is nothing to stop them from buying publicly traded equity - I could go out and replicate their entire public equity portfolio. Unlike a Premier League approval process, one that apparently requires significant assessment, publicly traded shares are... public. Just because another investor has bought into them it would never mean you'd sell out of your position.

I'd suggest maybe formulating another line of argument as that one is so fundamentally moronic...

It's a bit like saying that because Saddam Hussein once got on the District Line, no one then should use it for fear of association.

Newcastle fans most certainly aren't to blame for who buys your club... but that doesn't necessarily excuse part of the fan base from celebrating/worshipping their new owners. Nor does it excuse them from coming up with half-baked reasoning like a comparison to investing in the same publicly traded equities

I'm conflicted, I love that Ashley is gone and that the club will no longer be an empty advertising vessel for Sports Direct with zero identity. At the same time, I am a bit uncomfortable with the source of the money behind the club. But I'm then also excited by what opportunity it will bring to the club and the city itself.

I feel most fans, regardless of club would feel exactly the same way as Newcastle fans do right now and most would probably trade their current owners for ours if they could.

I will be attempting to get a season ticket after years away, as I feel the entertainment it buys will once again be worth the money I work hard for (which for years now it has not been). I'm not going to let politics get in the way of my enjoyment of the football on display.

For now I will be placing my trust in the due process of the PL, since they have been assured of the legal position on the deal. As they have done so for Chelsea and Manchester City alike. 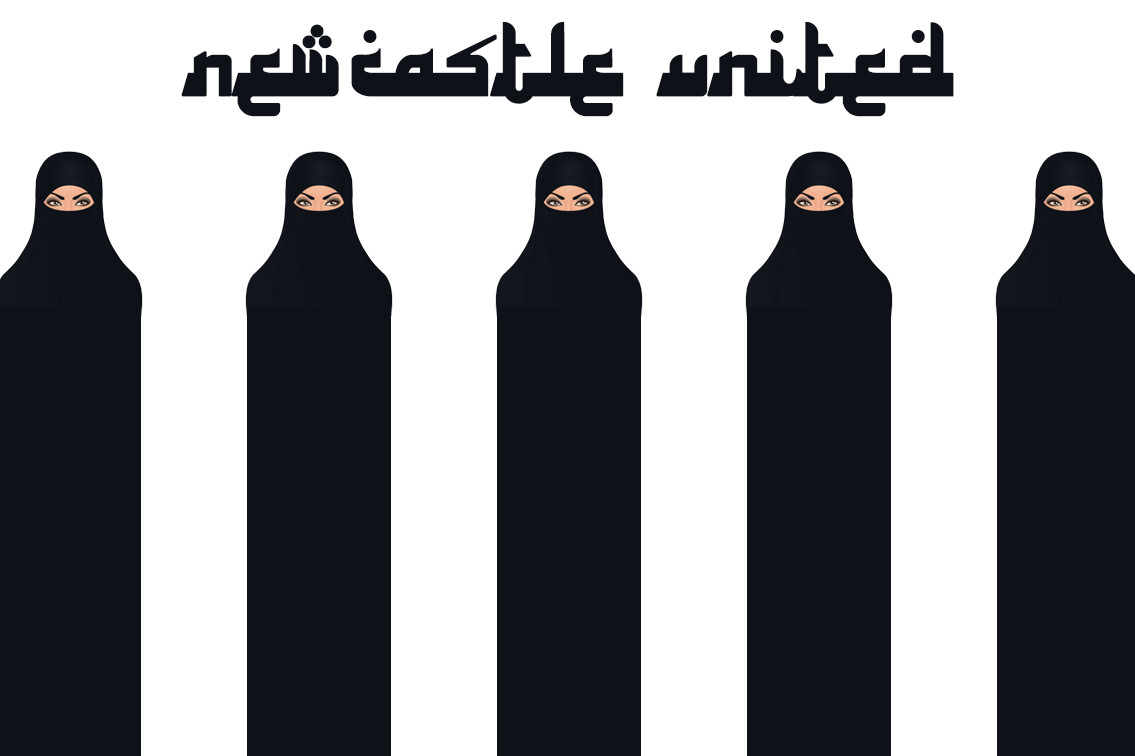 Newcastle seem to have become a bit of a laughing stock overnight.

I imagine their next kit will look something like this too ^

thats a good looking kit, I'd wear it for a few mil

I don't think Newcastle fans give a **** what other fans say or think. All their Christmases have come at once. In 5 years they will be as dominant as City are now.

MissChief said:
I’d expect a foreign manager to come in TBH, the Saudis will want fast progress and European qualification of some sort by the end of next season. They shouldn’t though. Rafa left because Ashley wouldn’t develop the training ground which was apparently poor even twenty years ago but now pales into prehistoric times compared to the new training centres that Liverpool and City have. They need to create the groundwork behind the scenes before looking at success. Newcastle has a massive potential, the biggest one club city in England with passionate fans and the whole city behind them. They’re like a sleeping giant. The likes of Everton, West Ham, Spurs (sorry Spurs fans) and Arsenal should be very worried as they may end up being overtaken.
Click to expand...

Hard to qualify for Europe when you are in the Championship.

The current squad is complete trash, one player that is half decent, the rest will look bad in the Championship next year.

They need to get extremely lucky in the Jan window and hope they can overpay for some washed up stars on huge wages that might keep them up.

They will struggle to stay up with what they have now, luckily one relegation spot is already taken by Norwich but they are in a 4 or 5 club at most battle to stay out of the other two.

scarps said:
Hard to qualify for Europe when you are in the Championship.

The current squad is complete trash, one player that is half decent, the rest will look bad in the Championship next year.

They need to get extremely lucky in the Jan window and hope they can overpay for some washed up stars on huge wages that might keep them up.

They will struggle to stay up with what they have now, luckily one relegation spot is already taken by Norwich but they are in a 4 or 5 club at most battle to stay out of the other two.
Click to expand...

They could buy Kane for 150m in January, they could buy Mbappe. Money is no object. If they have any sense they'll boot Bruce asap and get Conte in and let him build a team with pretty much an unlimited budget.

...you realise players have to want to come? That's only one small obstacle.

Colonel_Klinck said:
They could buy Kane for 150m in January, they could buy Mbappe. Money is no object. If they have any sense they'll boot Bruce asap and get Conte in and let him build a team with pretty much an unlimited budget.
Click to expand...

They could end up like Everton, spent hundreds of millions in the past few years and have nothing to show for it. No cups, no finals, no European football.
City learnt the hard way and thankfully it was pre FFP so you could afford to rush it. City burnt millions on rubbish, then got very fortunate to get signings like Aguero, Toure, Silva and a few more that end up spending years here and played a major part to drive the club to trophies. Chances of that happening are slim, just look at the dross utd have ended up with and they are one of the biggest clubs in the world with CL football with a revenue that means they can keep going out and spending.

I don't doubt that the new regime know what they are doing but its going to be very interesting to watch. It's a lot harder then many think.

Colonel_Klinck said:
They could buy Kane for 150m in January, they could buy Mbappe. Money is no object. If they have any sense they'll boot Bruce asap and get Conte in and let him build a team with pretty much an unlimited budget.
Click to expand...

Grrr!! The Sports direct signs can't be taken down yet... its written into the deal. Not sure on how long they have to stay.

Hah and so it begins. You would think these people would be behaving themselves after the small super league stunt.
https://twitter.com/i/web/status/1446594454668943360

Whilst that is true and 100% right. The government have let the north rot like they have always done. Man City owners are just as bad but they have brought money into the city and rejuvenated parts of it. I would expect the same from these guys. It would be great to see the Northeast have something going for it. I know our history is long but people forget that all our wealth is based on the slavery and conquering of other countries.

As a Manchester United fan however I am a little worried on a selfishness aspect. The dominance I got to witness in my younger years will just not happen anymore like it did in the past. I would have thought this would also introduce stricter FFP rules as the old guard will feel threatened. However I am happy to see another team which will be capable of competing for the best honours in the country.

Thats a terrible statement. "Yea we know we are owned by a bunch of homophobes but but look at Man City" Absolute sports washing at its finest.

Have to wonder if there's some kind of ejection clause....say the crown prince decides he wants (another) journalist assassinated, what does the league do?

Probably just shrug and carry on business as usual like all Western governments cosied up to them most likely.

They've already made their first error... by hiring Frank McParland. His transfer record is really quite terrible.

I mean, he signed Alonso, Reina and Kuyt for us so that wasn't exactly terrible. Crouch on the other hand... I give you that. I originally thought he was much later, as whoever was responsible for the liverpool strikers in 14/15 shouldn't work in football again.

Whilst it's good that this club FINALLY has some money that could lead to ambition and hope, I just wish it came from someone else backing them. It's little more than sport washing that has happened elsewhere. Can anyone remember if this sort of backlash surrounded the Man City buyout?

I love football, but I lost "faith" in football long ago, this takeover is great in terms of Newcastle will now be the next Man City, but equally, that is the problem, it's just now who is the next Man City.

Football has always had the richest clubs, but now since the mid 2000s it literally is 99% of the whole game. I am just a peasant "working class" person so I am supposed to cheer at how rich the next owner is, not for me. I see some people selling this as our club is richer than your club and that is where the game is over now, it's pretty sad that as a sport the money is now almost part of the skillset. But whatever, I will keep football at arms length and just enjoy watching good players compete. I have been a Newcastle fan in the past, I guess now I just follow them a bit more than the other teams, but overall I just watch the game.
You must log in or register to reply here.
Share:
Reddit Pinterest Tumblr WhatsApp Email Share Link
Top Bottom