This is a forums headsup, this shall only be posted here so you guys will get the opportunity to head over to our site at 9am and order one of these, it is one per customer and they shall be £109.99 including free shipping for loyal forum members: 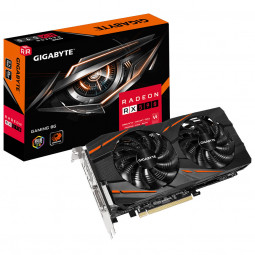 
Limited to 35 units and won't ever be repeated online or in-store, so it is your chance to grab one, but be quick as the cheapest RX 590's in the channel are over £150, this is a bargain and prices will be going up over the next month or two for sure, maybe following months due to corona virus.

Somebody didn't get the memo as it's posted on TODAY ONLY, but with a deal this good I can understand why you'd want to shout about it ;-)

NO BRAINER !! ORDERED 1 AS I PROMISIED @Gibbo! WITH THE THREE GAMES ITS A NO BRAINER!!

Sadly don't meet the free delivery criteria but ordered for my sons birthday anyway, thanks Gibbo! I also picked up the Vega 56 when you did that deal and have been really pleased with it

Damn any more due? Missed it was at work!

Location
Dark Side of the Moon

Location
In the Masonic Temple

Is this still going on?

Illuminist said:
Is this still going on?
Click to expand...

you snooze you lose

I was about to buy the PowerColor RX590 yesterday to upgrade my R9 285 2GB, but waited hoping it would go back down to £149 as it has a few times. Then I just seen this and am gutted I missed it.

I assume that is the end?

Order has gone through, hopefully gets fulfilled! Great deal, thanks OCUK

Ahhhhhh i read this last night and only just remembered >_< doh! Stupid me for not putting a notification on my phone.

Does this definitely come with the 2 games and xbox pass? According to AMD's site its only for the newer cards, the 590 is pass only. Website and email says 2 games and pass so I suppose it has to be honoured, right?

SourMash91 said:
Does this definitely come with the 2 games and xbox pass? According to AMD's site its only for the newer cards, the 590 is pass only. Website and email says 2 games and pass so I suppose it has to be honoured, right?
Click to expand...

I believe just the pass will work, if you manage to bag the additional games then good stuff, but officially its just the pass.

Gibbo, assuming you're not going to suprise us with more stock, what's the chances of the PowerColor RX590 coming back down to £149 as I would probably grab one if it does.

mattydoughts said:
Gibbo, assuming you're not going to suprise us with more stock, what's the chances of the PowerColor RX590 coming back down to £149 as I would probably grab one if it does.
Click to expand...

No more stock, we oversold by around 20 units and we have fulfilled those orders.
Powercolor not much chance, 590 is long EOL and the performance bargain of century as I informed every at Black Friday, once these are all gone were left with 580's and 5500 XT, so for the money the 590 is a clear winner.

We might be able to do some of these Gigabytes at £149 as I got the stock last year very cheap, so maybe something I can repeat say next Friday at £149 as a last hurrah but were supply all drying up we have to be careful to not just sell all our stock and then have nothing to sell, times could get insanely bad if corona virus keep spreading.

All manufacturers are locked down now, some were quick to react, some not so, factories are either still closed or only at partial operating capacity and those that are open some cannot actually build anything because the component factories are still closed and most of the board manufacturers tend to only keep component on hand for 4-6 weeks in advance which of course has now passed since CNY and why so many now have no stock.

I stocked OcUK until May several weeks ago but due to us having good stock levels were seeing business increase simply as stock is drying up.

This was like a last hurrah deal to try and help those who could not make it to shop birthday, general feel is now pricing will just go up every month until around June then depending on virus control will spell out pricing and supply for the next six months.

The Chinese were very quick with locking down and quarantining but even still their production is at a halt and unfortunately the EU/UK has done a terrible job at locking it down and as such the virus continues to spread and spread.

Thanks for the reply, was a great deal by the way. I will keep an eye out as I would snap up either now.

Banging deal. I almost wish I had a 2nd pc as I'd rip your arm off for one at that price. Good on ya!

devastated i missed this one

in the unlikely event any of these get returned can I have one
Last edited: 7 Mar 2020