I'm was going to buy
▷ Corsair CX750F RGB white 80 PLUS Bronze Fully… | OcUK (overclockers.co.uk)
But was wondering if this would be ok to power a 3080? Or is there any thing better out there?

The 3080 is quite power hungry. I recommend a Gold rated model. Less chance of voltage wobble to the GPU then.

Thanks for your help

What does bronze,sliver, gold rated mean?

Its about the rated efficiency of a power supply. The more demanding a system is the more power a power supply converts into DC from AC current from the plug socket.

The accepted idea, being that a Gold rated power supply should be more efficient when used versus a Bronze rating, and therefore a Gold rated supply will regulate power draw more effectively at a certain level.

An RTX 3080 will make demands on a power supply.

Thanks again for getting back to me final question would it be worth getting 850w PSU if the 3080 is power hungry? or would the one you linked do just fine? sorry to hassle you with all the questions

Nvidia specs say a 750watt PSU is required for a 3080. If you can afford it, buy a 850 as it will give you greater scope for future upgrades.

The longer you run a power supply, the less efficient they become. So the "theory" is that a higher wattage PSU should last.

If the load is less, then PSU will run cooler, will be quieter, supposedly last longer.

However, other forum members will disagree and say they run it with a 650 wattage PSU...and system load will not be that high.

The important point to conclude with this post is, what is the rest of your system? Do you run a 5950 X, overclocked, 10 hard drives, 6 DVD drives, and 10 fans, you have to take into account what the overall demand will be. If you run a 10700K, Coffee lake at stock, or an older CPU. and have a low power demand then, maybe 750 watts (Gold rating PSU) would suffice.

Perhaps you should post the rest of your specification? 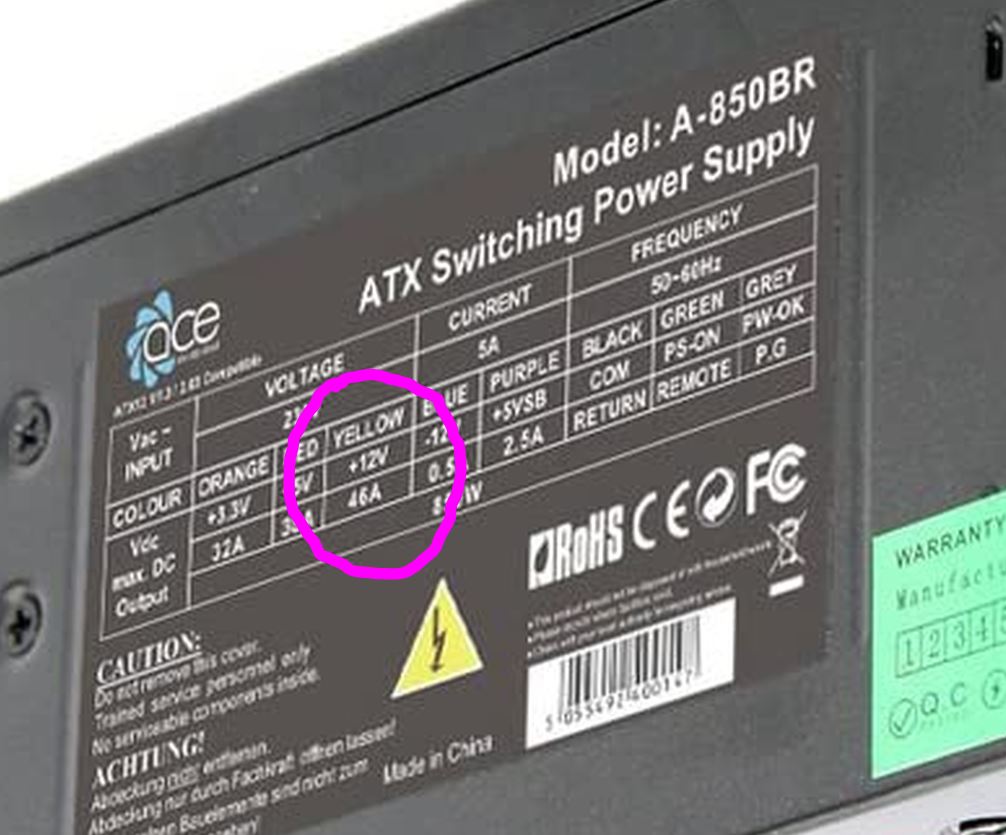 VonScar said:
The 3080 is quite power hungry. I recommend a Gold rated model. Less chance of voltage wobble to the GPU then.

WonkyEyezJohnny said:
Thanks for your help again order this psu last night for a steal £95

Happy to assist. RGB may look pretty, but does not make up for what you really need, Gold rating 80 plus.

Apart from the PSU, do you own those parts already ? As the cooler is massive overkill, and you can get a 32GB kit of non RGB Ram (Patriot Viper) for less than that 16GB Corsair kit.

lee32uk said:
Apart from the PSU, do you own those parts already ? As the cooler is massive overkill, and you can get a 32GB kit of non RGB Ram (Patriot Viper) for less than that 16GB Corsair kit.
Click to expand...

ordering bit by bit i did get told to go for the cooler master 212 but when i looked at it i didnt really like the look of it and i did want the rgb and as its my 1st pc i wanted to go for what i liked even if it was a bit pricy same with the ram but i am trying to get them all in sales just got the cpu cooler today aswell but trying to get the ram for £90-100 only got to get ram,cpu and storage now thanks for your comment tho
You must log in or register to reply here.
Share:
Reddit Pinterest Tumblr WhatsApp Email Share Link
Top Bottom