Replacing my Gaming PC with an Ultralite and eGPU

For the longest time, I've always maintained a very distinct separation between gaming and productivity in the form of a gaming PC (4690k, 1080GTX) for the former and a Macbook Pro for the latter.

The issue I had with this was the Gaming PC was rarely used, as it was essentially useless when not gaming and the Macbook Pro was a very expensive means to get some development work done.

I've long loved the idea of having one single computer for everything. Mostly because it means that whatever I'm working on at my desk at home, I can pick up anywhere else, so long as I've brought my laptop with me (It tends to come everywhere with me). It also means that I would get a little more value out of the money I spend on gaming hardware.

So when I noticed ultralites are now coming with quad core CPUs that perform was well as the 4690k in my gaming PC, my interest peaked. Not only that, but these laptops now come with 4 lane PCI-e Thunderbolt 3, meaning eGPUs are starting to become properly practical.

I use Linux for my development/productivity work and getting that working with the eGPU was no simple challenge.
My first go to was Ubuntu 18.04 which had very intermittent support for the eGPU - sometimes I would get a display on the screen attached to the eGPU, other times I would not. I understood I need nvidia drivers to run `prime-select` but I just could not get them to work reliably with nouveau persistently loading no matter what I tried.

So I took a step back and remembered my desire to checkout Elementary OS which is based on Ubuntu 16.04. This worked perfectly and I was able to use `prime-select` with a bit of inspiration, I came up with a couple of scripts (https://github.com/mikehhhhhhh/egpuscripts) to dock and undock the laptop. Later on, I'd like to see if it's possible without losing my current session.

Windows setup by comparison was super easy - it pretty much worked out of the box.

It's working great so far. I've yet to checkout the sim racing/VR stuff - the interesting part about that is that I'll be running these games from an external USB3 SSD plugged into the eGPU enclosure. I guess the question is not only how that will perform, but how it'll impact graphics performance as it's sharing it's bandwidth with the graphics card, but I'll be sure to report my findings back here.

Most importantly, I've achieved one cable docking, too! 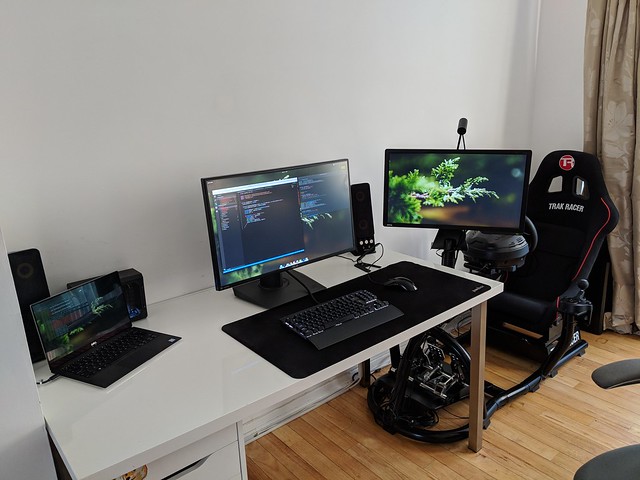 Looks really smart and a solution I would like to try at some point. I do like my desktop though!

This is why I built a GTX Titan into a modded Silverstone Sugo SG05. Hardware accelerated video editing and bad ass gaming rig all in a 10-inch long case that can get thrown in a bag. She was beautiful. Largely retired now as the parts get shuffled into other projects.

But that's one sweet and tidy setup, nice job.

Well, as it turns out, it wasn't really all I hoped it was.

If it was the case that my laptop lived on my desk 90% of the time, then it wouldn't have been so bad, as I found it was too much effort disconnecting/reconnecting the laptop - sometimes it would crash windows, and in Linux I needed to restart the window server every time I did it to switch between GPUs.

That was before you consider the USB ports on the device don't work consistently and the 30% performance hit.

I decided instead to spruce up the old PC with a new sound deadened case, a new cooler and an overclock to 4.6GHz. 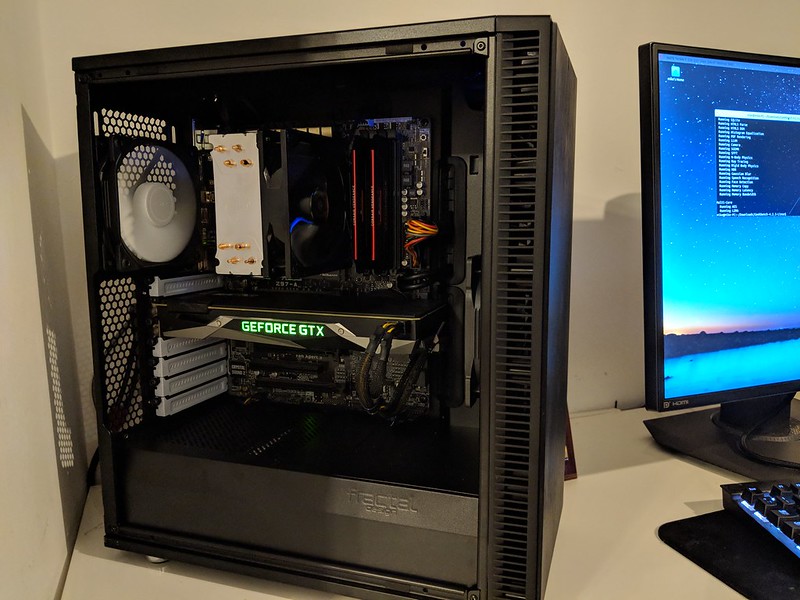 Always wondered about the laptop + eGPU setup due to working away quite a lot! Glad to see you tried it out, at least its come along way in such a short space of time.

I think a laptop with even a 1060 would perform better than a 1080 eGPU having to push the image back to the laptop display.

That's the issue, it may be worth putting up with the issues in these circumstances but £600 for an eGPU easily covers the jump from a decent laptop to a gaming laptop like the Razer Blade that'll work far better.

mikehhhhhhh said:
I think a laptop with even a 1060 would perform better than a 1080 eGPU having to push the image back to the laptop display.
Click to expand...

It's half a meter of cable.

It's half a meter of cable.
Click to expand...

There's a pretty well documented performance deficit when the display needs to push an image back to the built-in display over using an external display.

That's quite a big deal when you've already lost ~30% performance to the TB3 connection.