1. Using hair dryer heated the warranty stickers on GPU die brace. Carefully using a Stanley knife blade edge I lifted an edge of stickers and using a tweezer removed them.

2. Removed 4 screws from GPU die brace, in a kris kross pattern. I undid them equally, when I thought I may be nearing undoing them fully, I braced the arms so no ping of screw/brace happened.

3. Warmed GPU back plate using hairdryer, then holding GPU together flipped it, applied heat again to heatsink and was able to remove it with ease. Detaching fan cable was also then easier and done.

4. The pads below the VRM/VRAM heatsink are thick and sticky. Removing the heatsink again required heat from hairdryer.

5. Out of the 5 strips of thermal pads which came with water block I only needed 3 strips to do as in photo below. I applied TIM by spreading it over die using a strip of plastic card.

6. I used 5 screws around the die with springs, washers between spring and PCB. I tightened evenly in a kris kross method. Once I felt high resistance, I undid the screws 1/4 of a turn. Two of the screws were black short ones with no springs.

7. Placed back plate on and used the long black screws.

The gap between screws around GPU die and back plate can be seen in below photos.

Due to the price of this GPU block and backplate I spoiled myself with B-VGA-SC-X. This has a molex power cable, as it used 5V I was able to remove and place in with water pump molex. 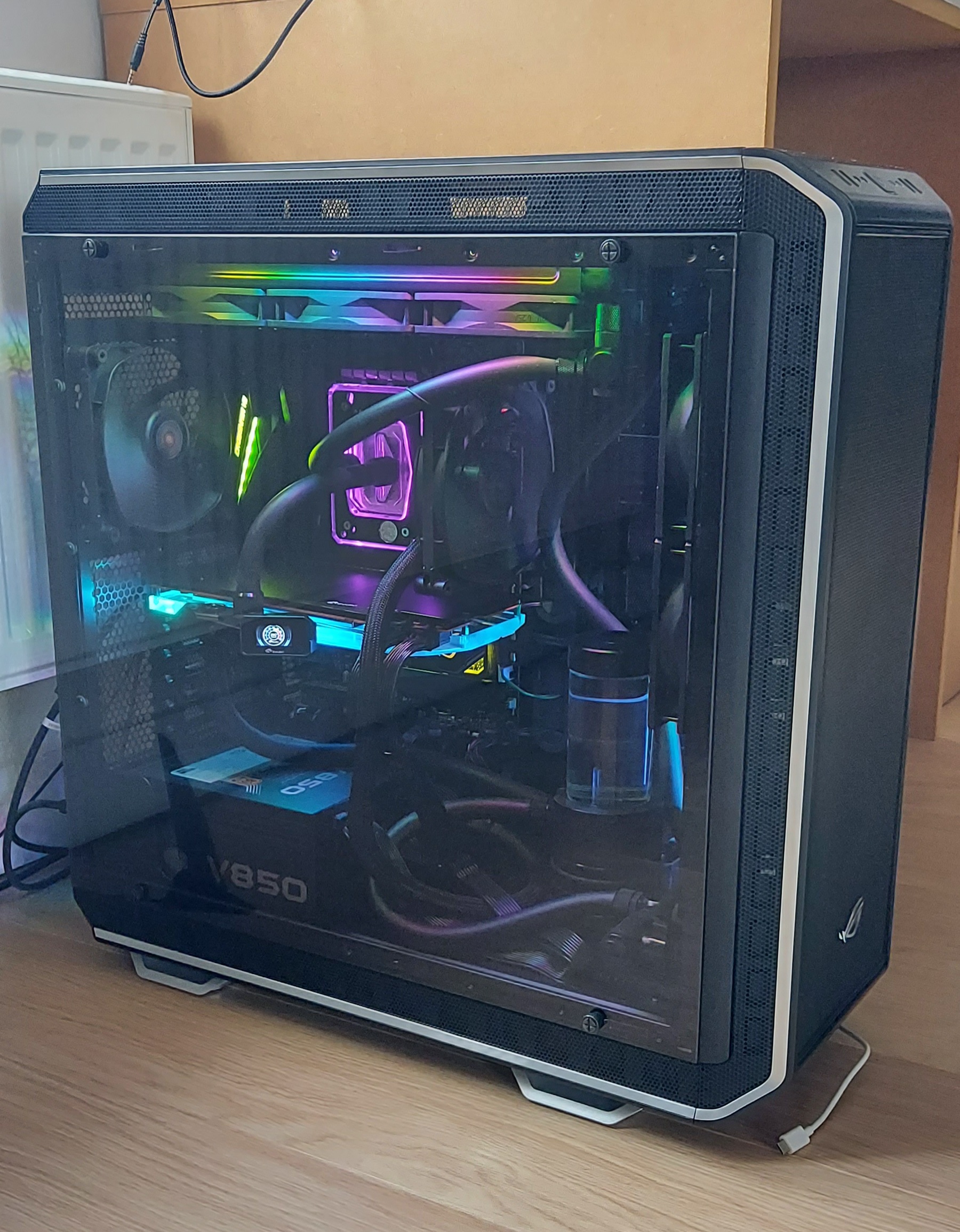 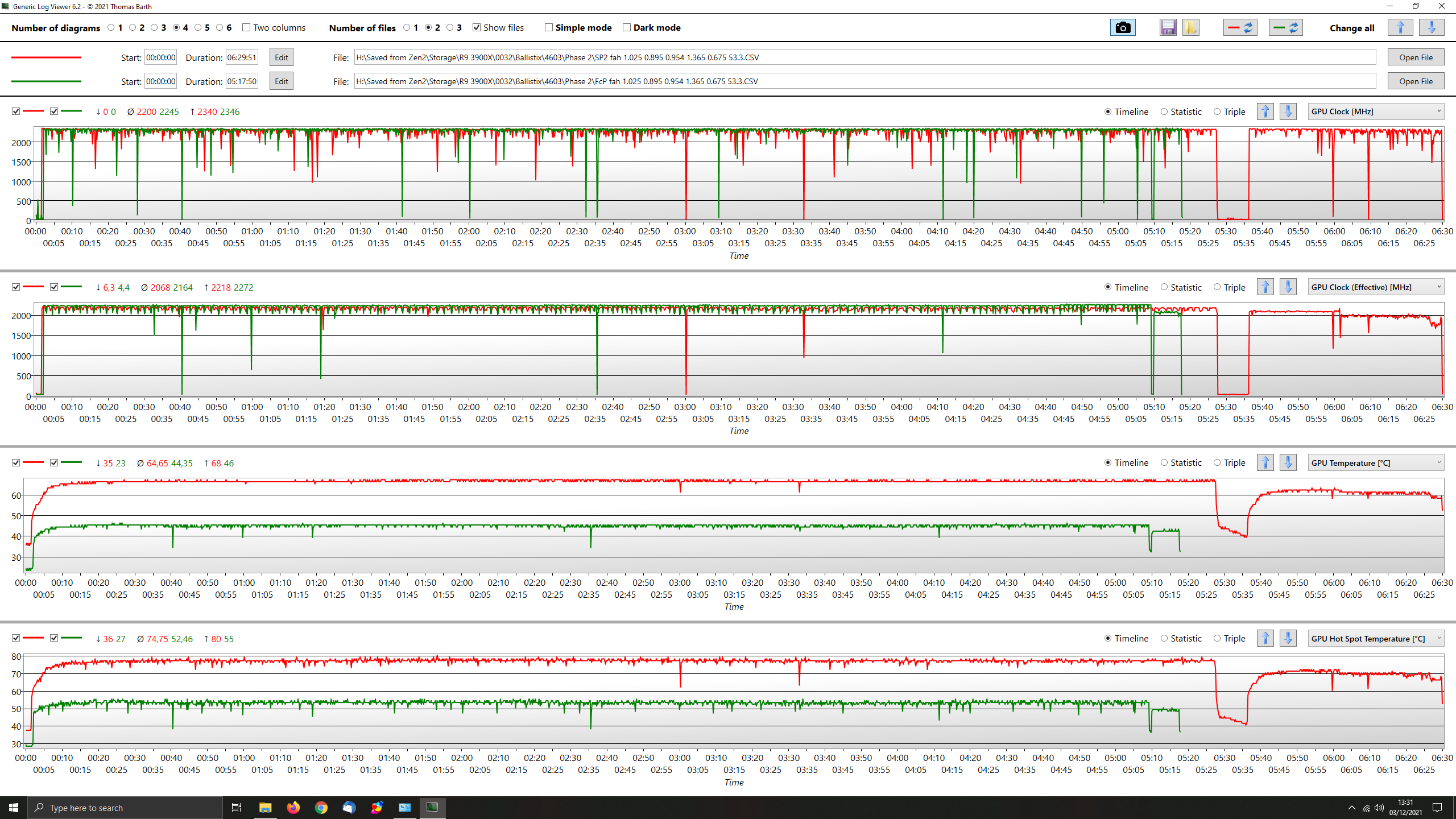 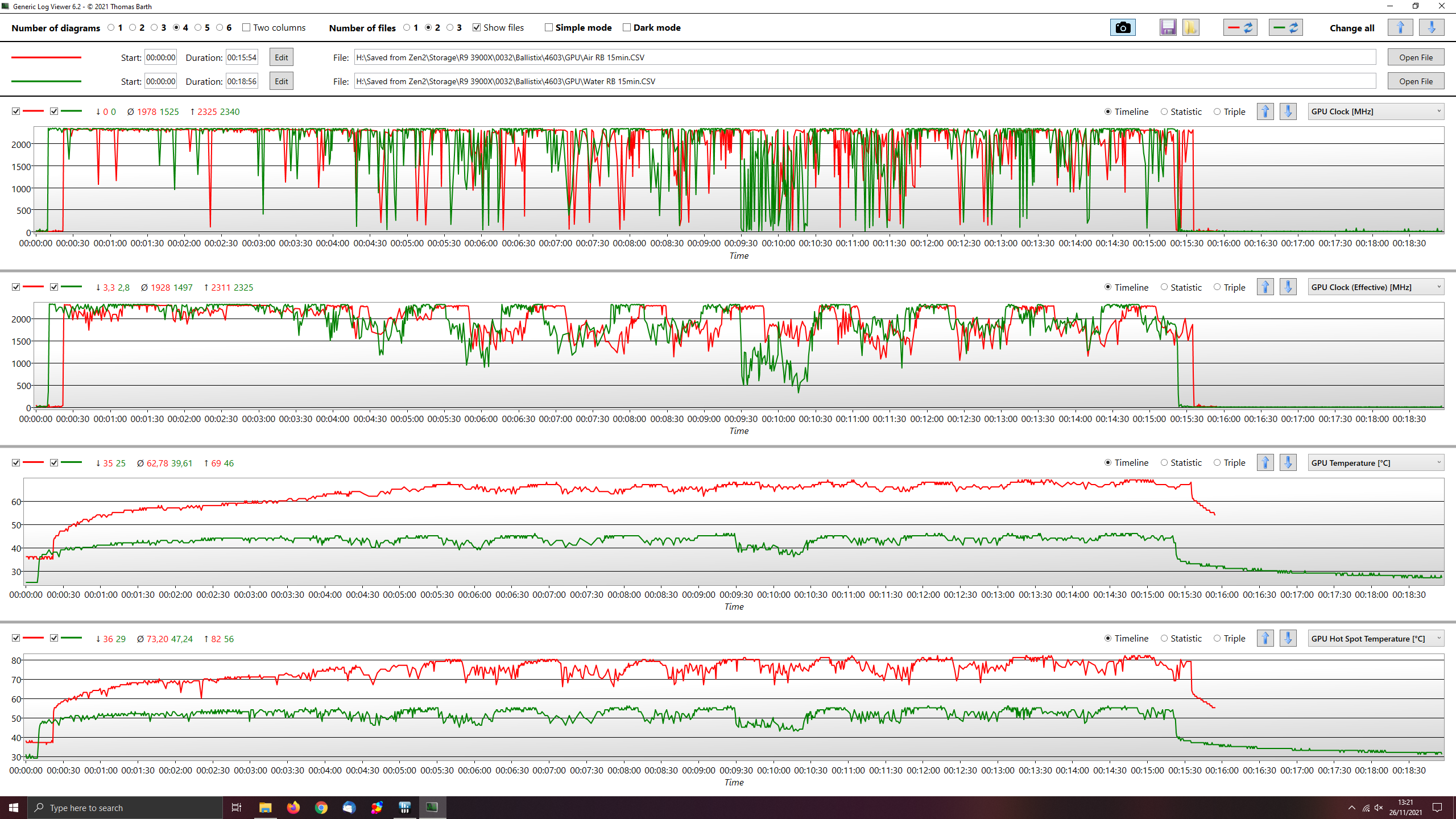 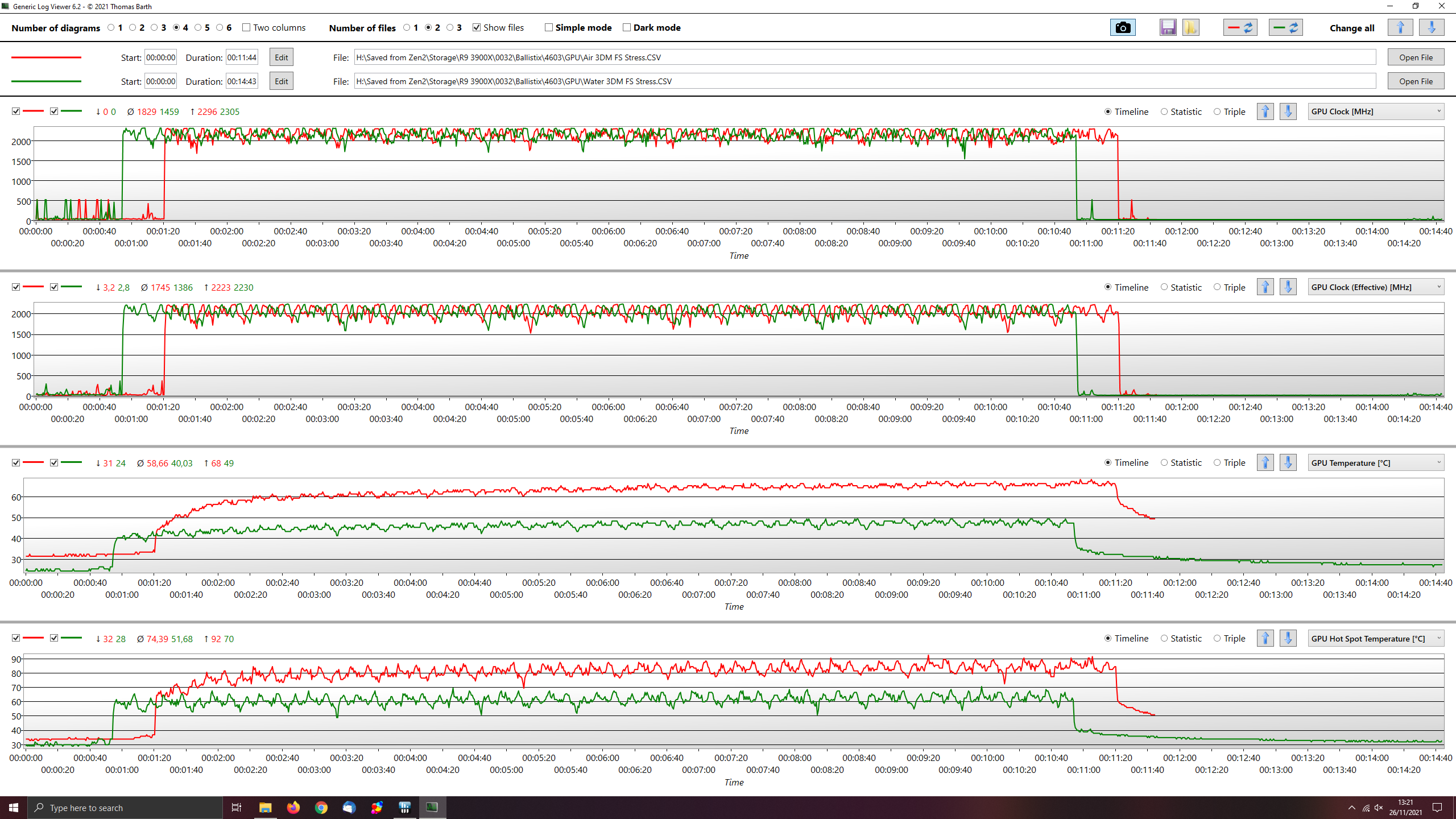 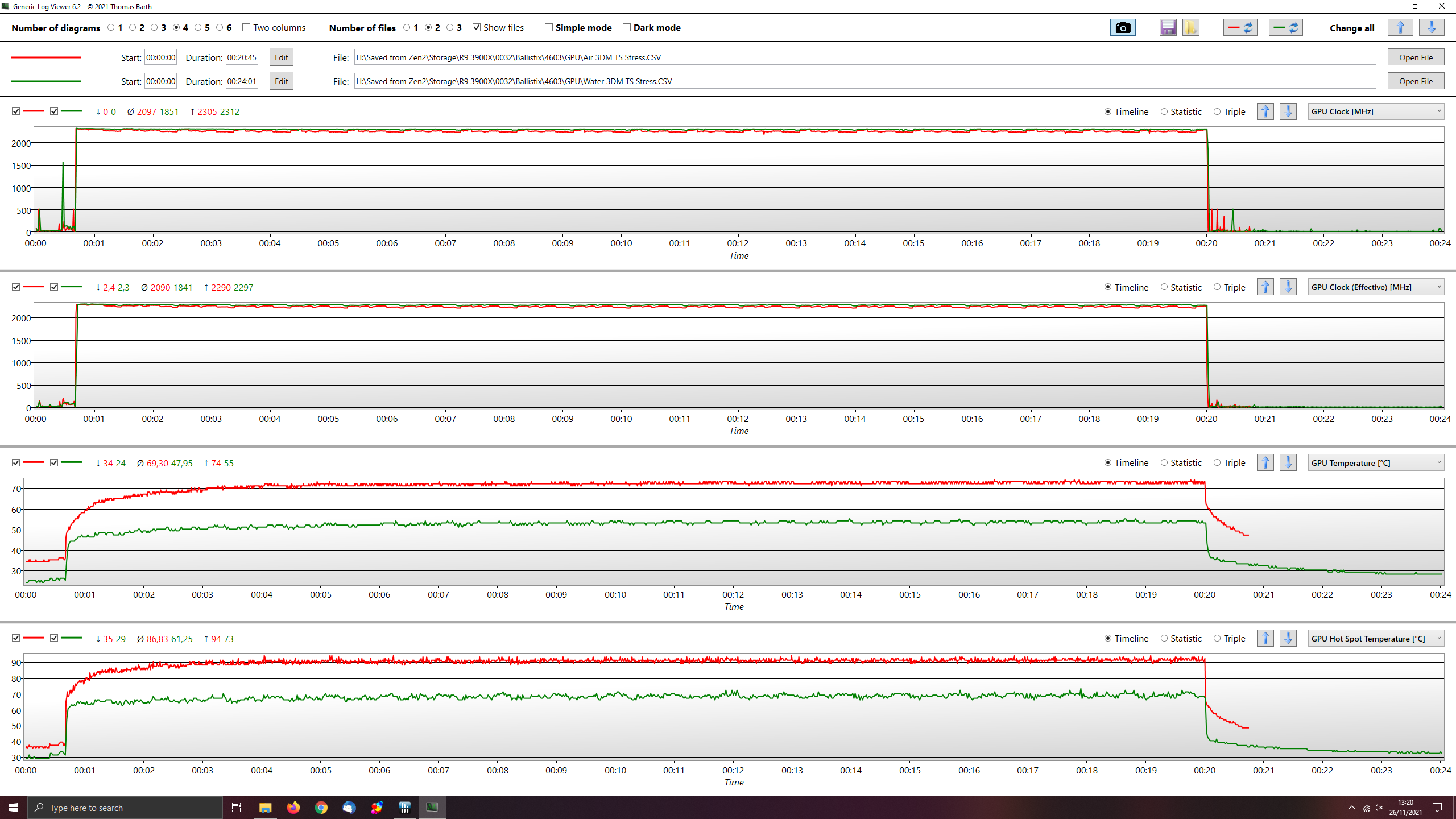 Sorry for the necro, but how is the GPU holding up? Just wondering if every bit that requires cooling is getting it from the block.

All decent. Below spoiler is temperatures compare Air vs Water for VRAM, VRM GPU/SOC/VRAM on the ~6/5hrs fah run. 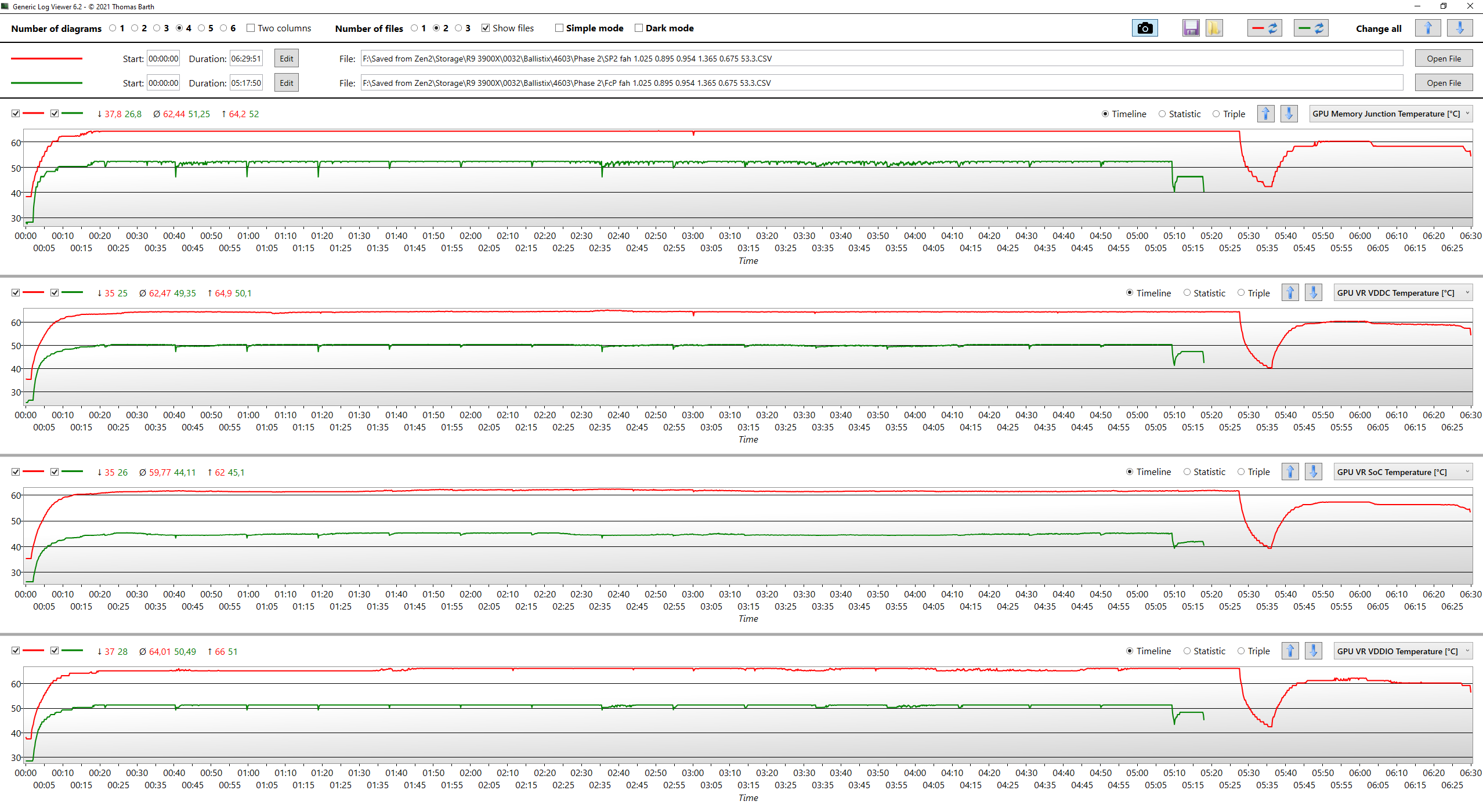 gupsterg said:
All decent. Below spoiler is temperatures compare Air vs Water for VRAM, VRM GPU/SOC/VRAM on the ~6/5hrs fah run.

Very good temperatures. I managed to snap a Pulse 6800XT at acceptable price, and was wondering if this waterblock would cool all the necessary parts, as sometimes, even the purpose built ones fail to cool some components.
Not 100% sure to go watercooling again, but most 200+W GPU kind of make sense for me to watercool, specially if keeping the card for some time.
As I’m using the O11 Air Mini now, and the CPU is cooled perfectly by the Dark Rock Pro 4, the loop would be for the GPU only, but the OCD would push me to add the CPU, flow meter, all the bells and whistles, and possibly close to the GPU price in gear.
Will see how temperatures play around gaming, but glad you confirmed the waterblock works with the Pulse.

If I was honest I think the air cooler was pretty silent and fulfilled it task well. I could have forgone WC'ing card IMO. I water cooled as I had a loop and wanted to.

I hadn't OC'd the card on air, so don't know if it OC better on water vs air. If I compared average GPU clocks for say gaming on air vs water I didn't gain any. So air cooler wasn't limiting performance from what I experienced.

I have owned Fury Tri-X and R9 290X Vapour X in the past, even though those were triple fan cards they were louder than RX 6800 XT Pulse IMO. I've also had RX Vega 64 Limited Edition, IMO going WC was a necessity with that GPU.

Performance of Bykski block has been sound, I am happy with it. I have a Bykski CPU block which is now about 3 years old, nickel plating is still as when I installed it first, so hopefully GPU block will be as reliable.
Last edited: 13 Jan 2022