Looking more like Cressida Dick to the rescue, as if the police take over they will pause their own investigation and hope people get bored or forget. I'm sure she can upgrade from not investigating to dilly dallying for several months to help her chums in government.

They are floundering, it's both comic and tragic to watch. PMQ will be raucous but there will be no more ground given.

Location
Back in East London

Whilst they had their party, the proles saw scenes like these: 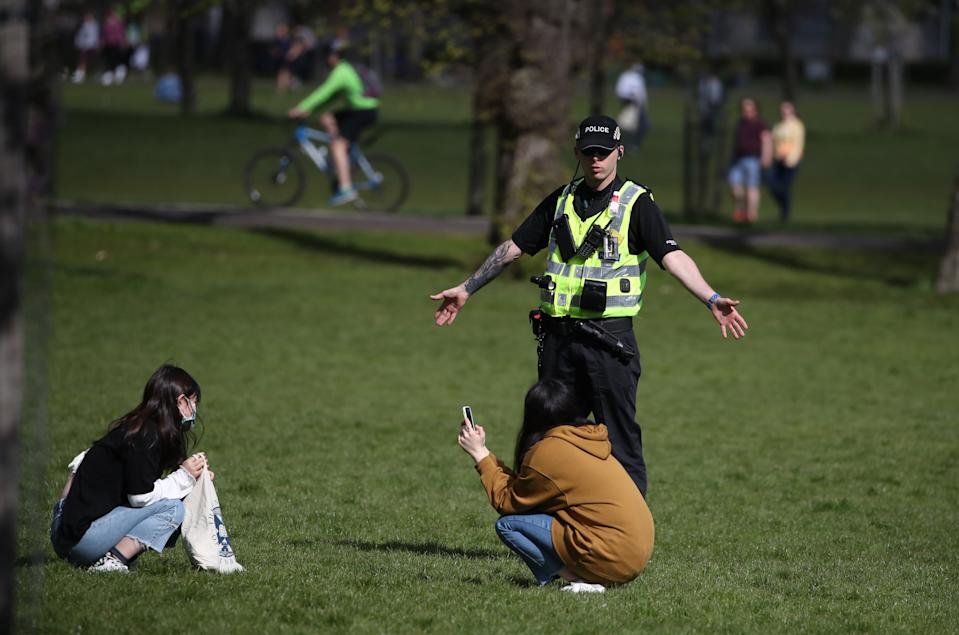 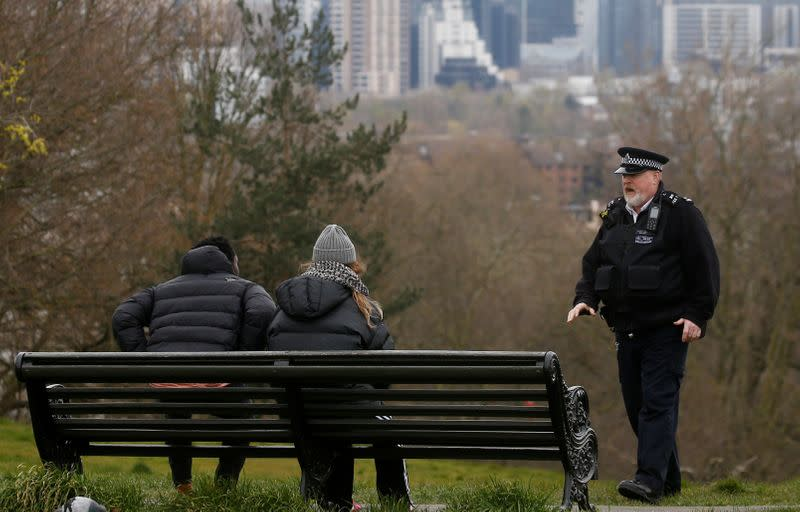 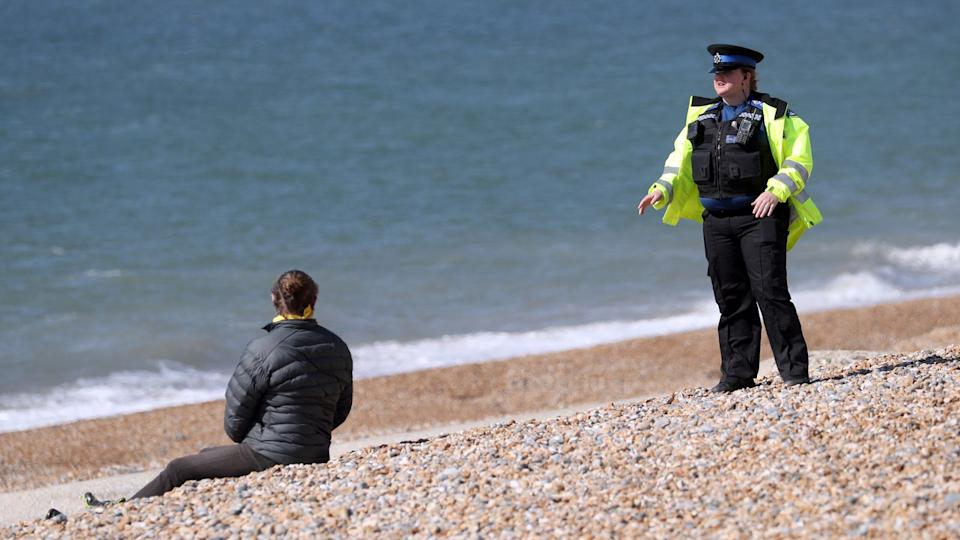 and my favourite find, someone swimming (exercise was one of the reasons we were allowed out, right?) and on his own: 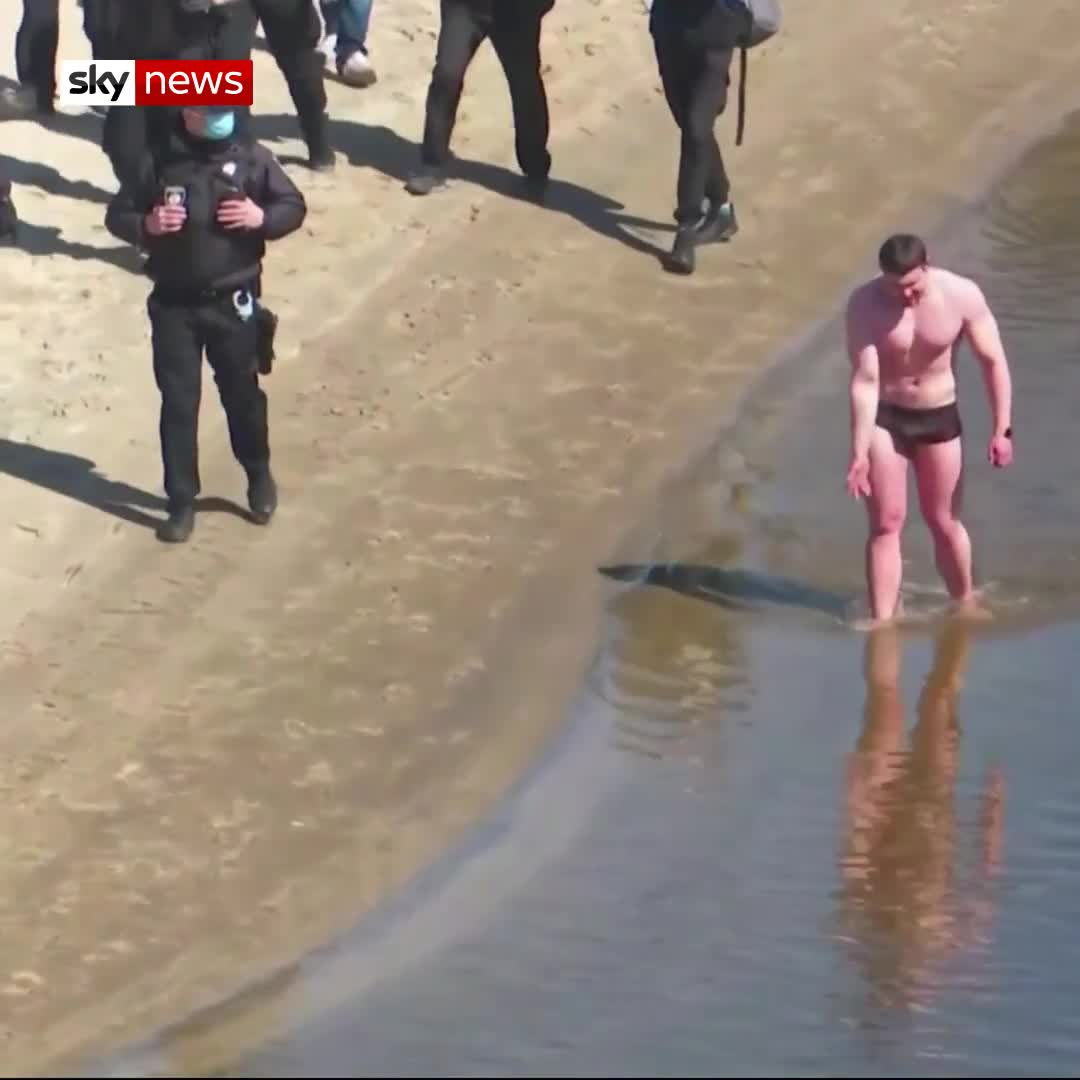 Looks like Sue Gray was invited to some of these parties, no confirmation if she attended any though.

Murphy said:
The NHS must be full of incompetents then. It comes to something when we put more worth on our representatives in the HoC than people who save lives.
Click to expand...

Yep. When it's a business leader or an MP already on a big salary, "we must pay more to get good people". When it's a nurse who does agency work to make a bit more cash "they are holding the country to ransom". Next, the doctors, nurses, and medics will be labelled as terrorists for doing the Tory thing and selling their skills and expertise to the highest bidder.

Dj_Jestar said:
Whilst they had their party, the proles saw scenes like these:

and my favourite find, someone swimming (exercise was one of the reasons we were allowed out, right?) and on his own:

The police violence at the Sarah Everard protests was justified by the Met on the basis the protesters were breaching outdoor lockdown rules... 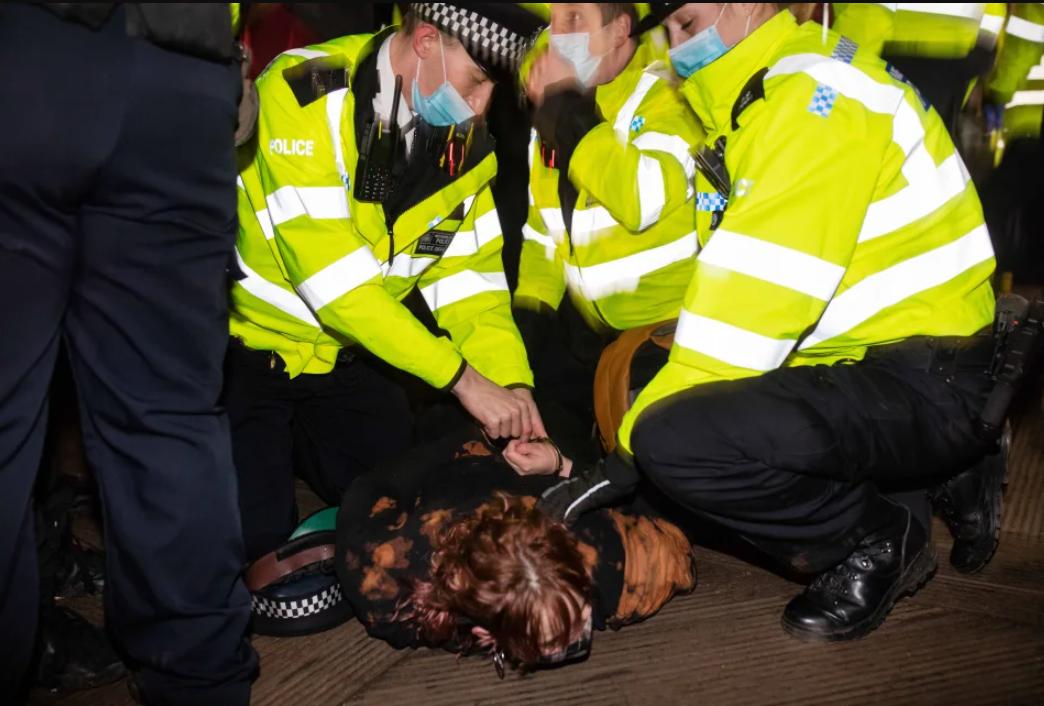 The same police force tasked with protecting and patrolling the garden in which Johnson and his fellow party-goers were celebrating, isn't it?

doodah said:
Looks like Sue Gray was invited to some of these parties, no confirmation if she attended any though.
Click to expand...

This seems to be kicking around on Twitter; but seeing as she was living in NI on secondment the the NI Civil Service at the time, it doesn't seem likely.


First, Ms Gray is notorious (like Sir Jeremy) for her determination not to leave a document trail.

When Labour wants to propose someone for a peerage, they ring her on the phone. She then gives them an oral "yes" or "no" as to whether they are likely to get through vetting. The party accepts her verdicts, but there are no records and she never explains herself. There is simply no check on what basis she performs the first sift on House of Lords membership.

I have written before about my attempts to get advice to special advisers about what work they may do for parties while they are public employees. There are, after all, strict rules designed to reassure the public that special advisers work for the taxpayer, not their parties. But some special advisers have broken these rules by campaigning and canvassing - seemingly with official consent.

So Stephen Parkinson, a special adviser at the Home Office, wrote to her for confirmation of the rules. This put Ms Gray in a bind: replying would reveal that either she had wrongly failed to enforce the code against other advisers or she had - in secret - abolished the code. Neither would be helpful to ministers. So she did not answer. On seven occasions.

As a consequence, Mr Parkinson (and Nick Timothy, then his colleague) refused to campaign and they stuck by the rules. They are now barred from being Tory parliamentary candidates for having failed to do their part for the party. They are paying a price for Ms Gray's apparent refusal to make a ruling on a core "ethics and propriety" issue.

Even when a document trail exists, Ms Gray is enthusiastic about keeping it a secret. We know that she advised special advisers on how to destroy email (by "double-deletion") to thwart FOIA requesters. She did not advise them on the requirements of the code on public record-keeping. We also know, via the Freedom of Information Act, that she kept no log of why, how or when she destroys documents (contrary to that guidance).​
From here, emphasis mine.
Last edited: 11 Jan 2022

Basically, they're all rotten to the core. I expect nothing to come of this 'investigation' really.

Providing you were working hard, long hours do whatever the **** you want? What a laughable excuse. It’s about time these interviewers just laugh in these clowns faces with comments like that.

So who doing this then? seems after one thing dont stick someone digs up another piece.

Douglas Ross, leader of the Scottish Cons not holding back on Sky news. Just said if Boris has broken the law (and parties were against the law...) he'll have to go.

bingham67 said:
So who doing this then? seems after one thing dont stick someone digs up another piece.
Click to expand...

I doubt Truss or Sunak were silly enough to go to the parties...

Uther said:
Douglas Ross, leader of the Scottish Cons not holding back on Sky news. Just said if Boris has broken the law (and parties were against the law...) he'll have to go.
Click to expand...

Making up for all of the sucking up he's done in the past perhaps?

doodah said:
Making up for all of the sucking up he's done in the past perhaps?
Click to expand...

I suspect a lot of it is for home consumption, and trying to distance themselves from the shower in Westminster. Anyone heavily backing Boris now is in danger of going down with the ship.

Uther said:
I doubt Truss or Sunak were silly enough to go to the parties...
Click to expand...

Seems unlikely Sunak didn't at least know about it though.

I wonder if he'll turn up for PMQs tomorrow, considering he tried to walk out last week and had to be reminded he couldn't as he was needed after to give a COVID press briefing.

He'll be desperate for his benches to cheer him on, hammer it down his throat Angela Rayner please.

Mr Jack said:
Seems unlikely Sunak didn't at least know about it though.
Click to expand...

He might have been out having his government mandated exercise.

Uther said:
Douglas Ross, leader of the Scottish Cons not holding back on Sky news. Just said if Boris has broken the law (and parties were against the law...) he'll have to go.
Click to expand...

A pointless, venal act because he knows the the final arbiter of the PM's actions is the PM himself and it also covers the basis that someone (Sunak and highest comrade Cummings) is out for him if proof turns up that is undeniable even for Johnson.

If Mr Ross was serious he'd be the one offering to resign instead for the way his party's leadership has behaved whilst telling the rest of the country to suffer.
Last edited: 11 Jan 2022

Two thirds of the country in a snap pole now think he should go. I must ask my Tory party member friends how they support such a vile and shambolic government/party.

Because when they do eventually dump him, the party and press will act as if all wrongs were solely down to him. Almost all of the senior government have allowed, supported and defended this.
You must log in or register to reply here.
Share:
Reddit Pinterest Tumblr WhatsApp Email Share Link
Top