When are you going fully electric?

yep - there's a list of tesla speed sign caveats, which I thought included max signs on the back of lorries V

jpaul said:
extensive thread on speed recognition
https://teslamotorsclub.com/tmc/thr...ee-speed-limit-sign-recognition.151979/page-4
Does list a lot of caveats for the tesla system which may apply to Audi/BMW too, like contradictory speed signs ie roadworks requiring user to determine appropriate one, or,
camera can't see the sign because it's raining ...I suppose that was obvious ..."Sorry officer the car didn't see the sign"
Click to expand...

Uncle_Gravy said:
I wish we had solar, unfortunately living on the side of a mountain we don't actually get that much sun.

That's one point to the pod point though, Which power rating did you go for may I ask?
Click to expand...

If you've not yet ordered I can recommend the Hypervolt charge point.

Its reasonably priced and has the best in the game customer services. We had one installed last week when our car came. All single phase car points will provide 7kW through their type 2 connector.

Uncle_Gravy said:
I wish we had solar, unfortunately living on the side of a mountain we don't actually get that much sun.

That's one point to the pod point though, Which power rating did you go for may I ask?
Click to expand...

7kw with the longer tethered cable.

Podpoint is sensible. Tethered works well as the disc wraps it up and the cable at 7.5m gives extra versatility. App now allows times charging control.

Ohme doing a deal now with Octopus for £499 for the new Home Pro unit. Like the original Ohme (I have) it’s only 5m though.

jpaul said:
yep - there's a list of tesla speed sign caveats, which I thought included max signs on the back of lorries V
Click to expand...

Interesting in the roughly 1100 miles I drove it never seemed to pick up anything as an issue apart from them specific signs, shows a picture of a lorry with 7.5T on it and the reduced limit along side it and contained within the same black box was the alternate limit, normally 40mph, which I assume is because thats not the standard limit for those vehicles on those roads.

Location
On the Amiga500

Check out ohme too. No complaints here.

It seems there are a lot of good chargers these days, we just went for the Hypervolt but could have easily gone with a zappi, ohme home pro etc, the Hypervolt just looked the right size and can wrap the cable around to keep that neatly tucked away. It’s due for installation on the 9th October and went for a 7.5m cable to allow guests to charge a bit easier.

Speed limit signs discussed above is one problem, near me we have side roads of a 40mph main road that have 20 signs at 45 degrees right at their entrances, these made the Model 3 I drove think the main road was a 20 instead of 40, but no idea how it could figure out that was for a side road, the council really need to turn those perpendicular. The newer speed limit signs could be just a software tweak though. The ID.3 max on older v2.1 has picked up 50 or even 30 signs on slip roads that are only 200 yards from the main carriageway, I’m sure that would be dialled out in a SW update.

Moving signs should be easy, the Tesla stuff is impressive and judging by the latest stuff in the ID.3 that also is fully aware of vehicles in a similar way as Tesla's, it will show you them on the dash just a bit more of a limited view than the very detailed/expansive field shown in the Model 3.
Last edited: 16 Sep 2021

No idea what system it is but the speed limit alert on my parent's VW Touran seems way better than any of the newer systems I've experience of - it even picked up a temporary limit for roadworks that was being put up as we approached and never picked up the speed limited signs on large vehicles when I've been in the vehicle.

Not sure what it is running as new some features like lane assist were present but at the time disabled due to not being approved for use in the UK but enabled later via software update by the dealer.

The car defoo doesnt pick up lorry limits (ie the stickers on the back) as speed limits.

I hadn't thought about it, but its quite possible the size of the sign is part of the equation. The lorry ones are small, so if the camera software requires an image between x and y in size then maybe the lorry ones are too small when they are in vision. Would make sense why they never seem to be picked up.

The fact they are moving will also be considered. Often they cross reference with major roads and nav knowing the speed limit there anyway.

Jonnycoupe said:
The fact they are moving will also be considered. Often they cross reference with major roads and nav knowing the speed limit there anyway.
Click to expand...

Good point, there are probably already enough protections to prevent the normal signs being misread, which would pretty much eliminate Mashers I would stick a 10mph sign on the back of my car nonsense.

The signs that were causing the issue I guess if they were standardised could be probably software fixed, if the formatting was formalised the software would need to check for a picture to the left as well. Doesnt sound hard to fix, I was just interested as it was new behaviour I had never seen, but equally I had never seen signs like that either.

Jonnycoupe said:
The fact they are moving will also be considered. Often they cross reference with major roads and nav knowing the speed limit there anyway.
Click to expand...

yes interesting point - teslas obviously renown for triaging, tracking, avoiding moving objects, versus temporary road furniture, predominately optically based too, with all the kit for FSD, so should be able to distinguish a moving sign,
Ford held the patent for sign recognition, so until that expired, manufacturers had to use databases - wasn't it

Would be interesting to know how Tesla lane keeping respond to static cars awaiting to emerge at junctions, or their etiquette for changing lanes to allow merging.

Cheers for all the charger suggestions really appreciate it.

I'll have a gander at them all and report back with what we chose, Thanks again.

Uncle_Gravy said:
Cheers for all the charger suggestions really appreciate it.

I'll have a gander at them all and report back with what we chose, Thanks again.
Click to expand...

Hypervolt have a really good facebook group, the CEO is on there at all times of the day answering questions and commenting, their customer service is amazing, one of the reasons I am going with Hypervolt

Ohme doing a deal now with Octopus for £499 for the new Home Pro unit. Like the original Ohme (I have) it’s only 5m though.
Click to expand...

Cant find that deal only the £199 charging lead, got a link pleasE?

new class of family friendly youtube reviewers -autogefeul seem to be on holiday , dipped in a couple of his videos
My wife versus Hyundai IONIQ 5: her first impressions
youtube finances the car - ioniq 5 interior ergonomics look good, even if discussed exterior is marmiteish.
will be interesting if they do a mpg test on that - their 200mile range ioniq 64Kwh roofbox+70mph was interesting https://youtu.be/-Dzp9Hi_CCE?t=995

Quite an announcement from Osprey and the emergence of dedicated charging hubs rather the pop up single chargers in pub car parks model they had been operating.

Kempower stuff too so tends to have a large array of power modules that feed charging posts to allow much better load balancing as the hub is fed power from the grid not each individual charger. Means the chargers you interact with are smaller too.

Just read terms and conditions and its "South or South East region" only. Will cost more in other regions

Its only £549 fitted from Ohme direct so may as well go with them.

Collected an ID.4 Pro S yesterday - the BMW i3 I had ordered back in March is still sat at the port waiting for an amplifier so I abandoned and managed to track down this ID.4 at a dealer in New York.

I was pleasantly surprised with it on the drive home, it's very quiet and the Travel Assist self driving is almost as good as BMW Driving Assistant Pro.

Quite a few software bugs though - on the drive home the microphone didn't work and I had to do a force reboot to kick it into life. Hopefully the OTA software update due soon will fix some of them...

The build quality is a bit suspect in a few places too, the piano black is going to get scratched so quickly. 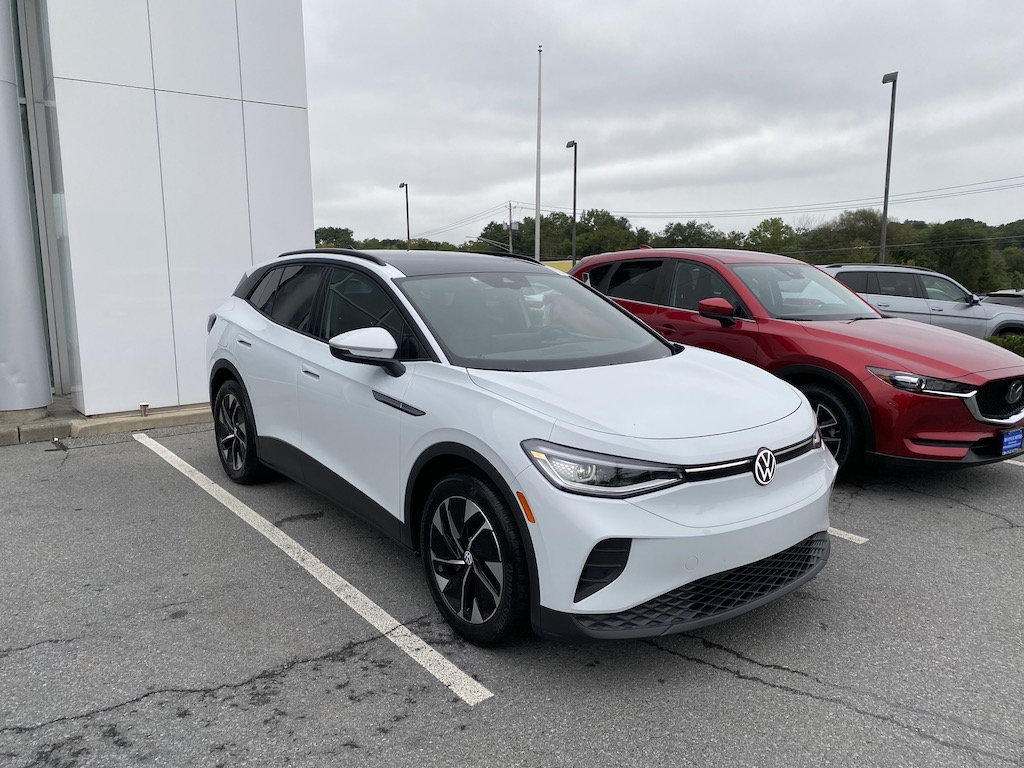 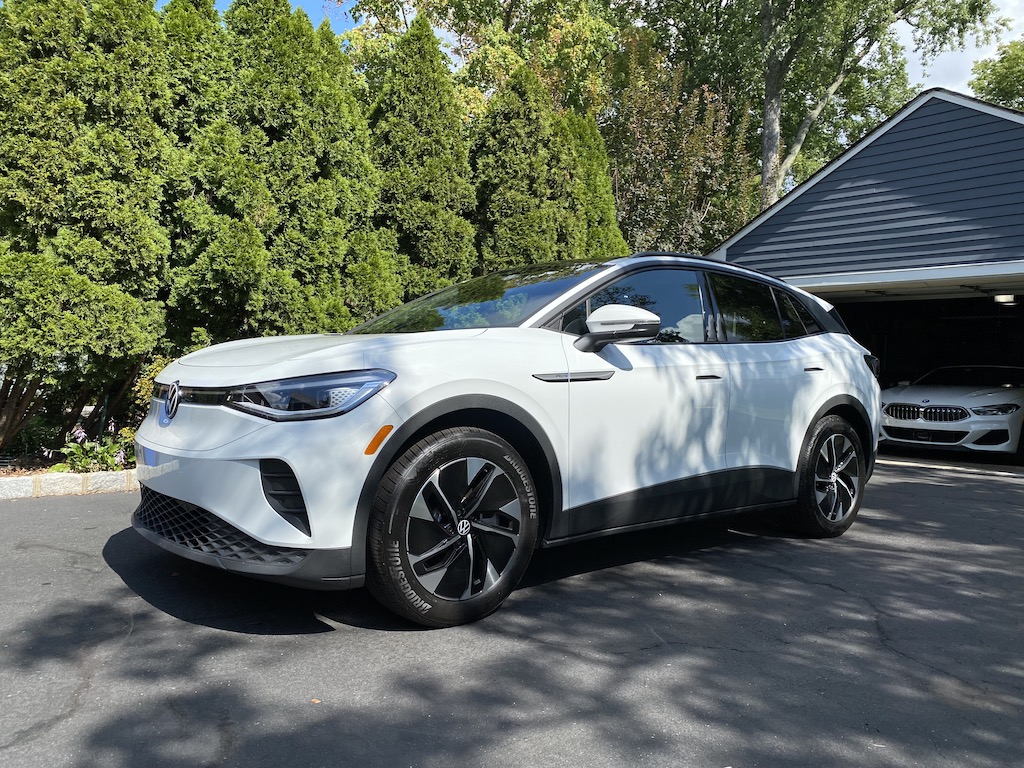 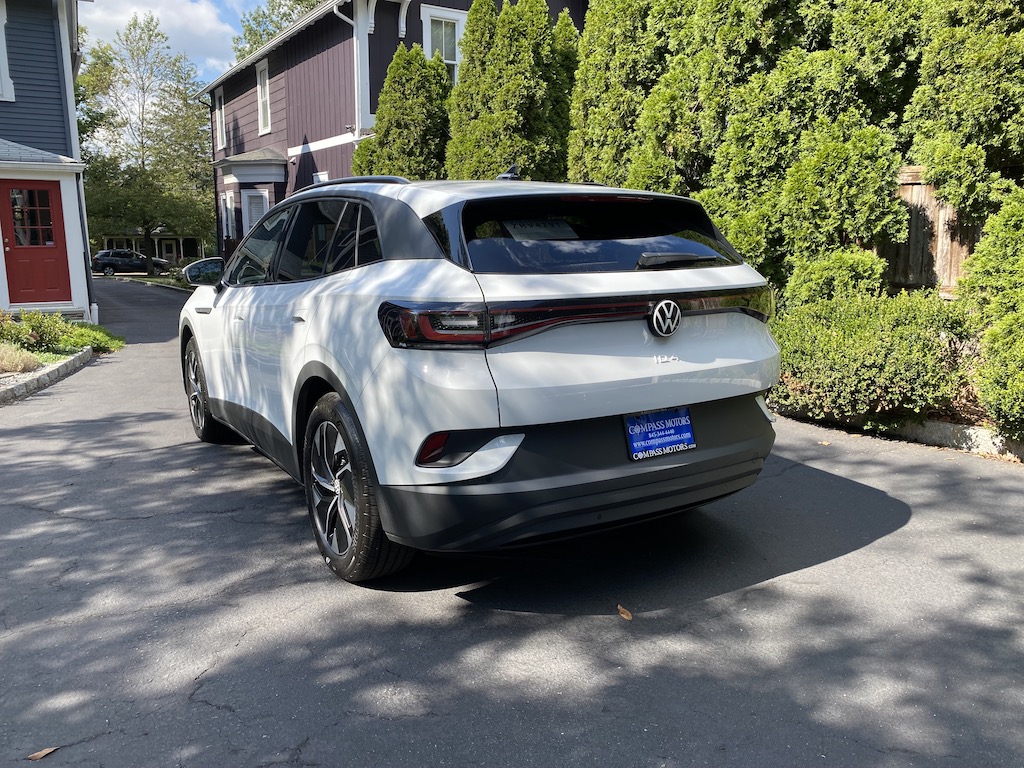 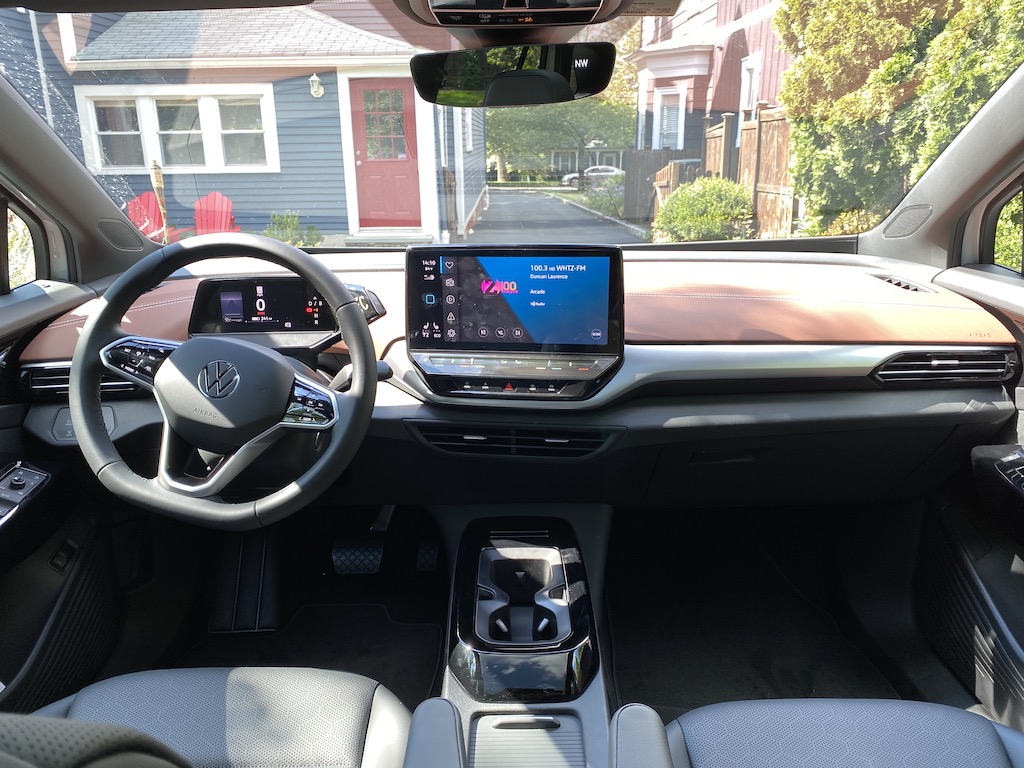 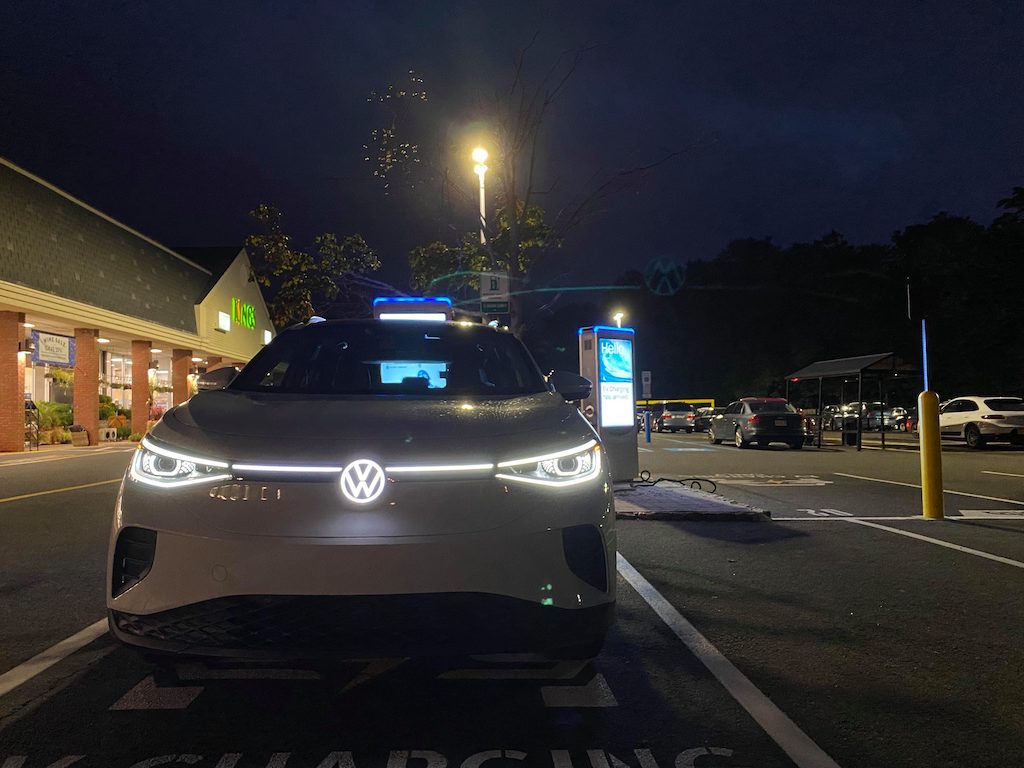