Would you 'indulge in nookie' with an artificial person?

I just saw this whilst browsing imgur and it disturbed me somewhat. 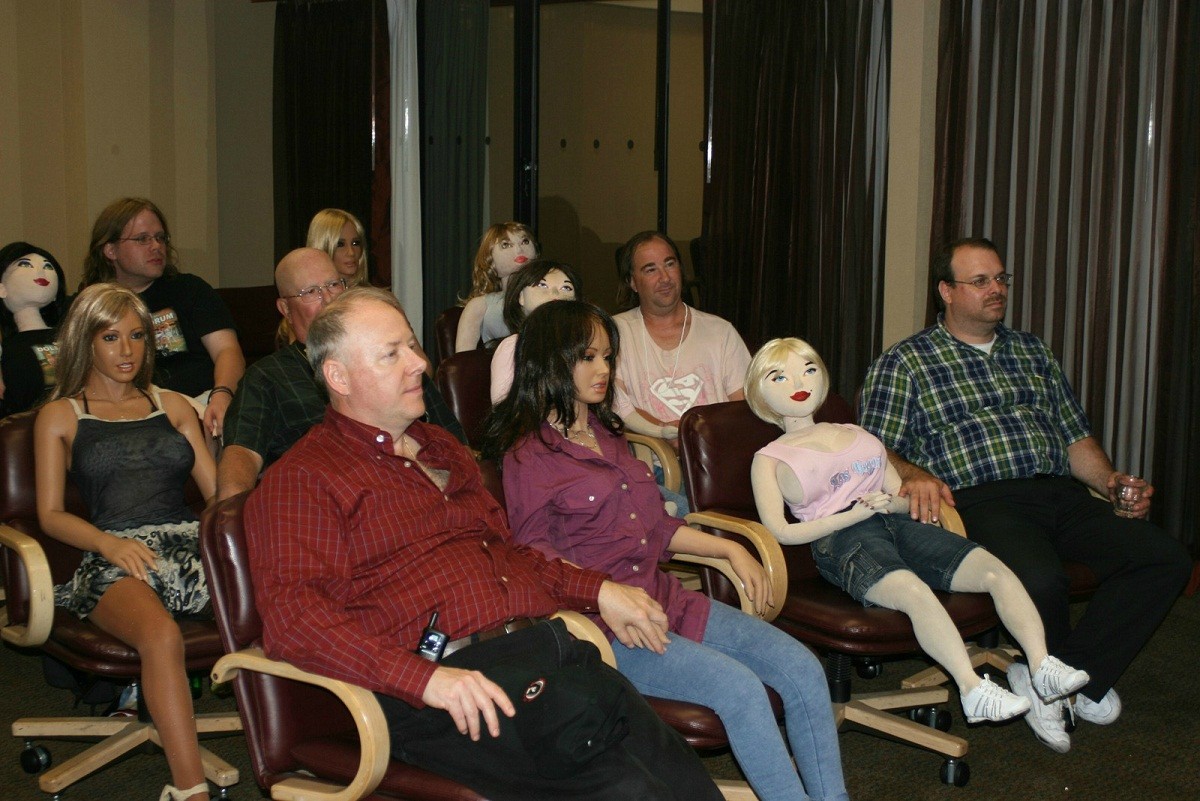 But then it got me thinking about the future of human sexuality and whether sex dolls / robots could eventually become an accepted norm in society. I've read about people developing very profound weird fake relationships with dolls and stuff (hi Manga fans

), and it currently seems highly bizarre. However, societal values change and with modern life getting all the more frantic (bit of a cliche but you know what I mean), I started wondering if this could ever be acceptable in general society.

Technology will probably allow the perceivable gap between sex with one of these and with a real person to be diminished more and more, to the point where you could almost not tell (comparisons here possibly with Bladerunner and Demolition Man). Would that then be ok? After all, fire-and-forget sex is why people use hookers, so what's the problem?! In fact they're even better as you don't have to risk disease / stigma and can do it in the privacy of your home.

These people obviously struggle to forge real relationships with humans, but practically speaking, they offer none of the disadvantages of a real sex partner. Won't get pregnant, won't give you STDs, won't complain if you do it wrong, won't moan that you're still in bed by the end of Saturday Kitchen, (won't laugh at your todger

)...you don't even have to buy them flowers or be nice to their mother. The emotional side, which is what normal people crave too, is obviously the sticking point (but for the fact it could eventually also be handled by clever robots). However, from this point of view why is it worse than a one night stand? Probably because people that do this are mostly serial killers, but what about the one's that are just a bit lonely?

Permanently weird, or eventually the norm?! Ai Robot or no-way-bot?

PS - blonde on the left...if I'd gone for a few weeks without human contact / had no wife or gf, I probably would

I say bring on the holodeck. I would leave it

Having sex with robots will be a niche fetish. I doubt sex robots will ever replace human women willing to sell themselves for sex. The question is were the line between human and robot starts to blur as we inevitably modify ourselves with ever advancing prosthetics. Will you be engaging in sex with a man/woman or machine?

Location
In here and out there.

Is the blonde at the back on her own?

Lmao at the ones that look awful, i would smash the blond with the black top in second row.

If I knew she was a robot I dunno if I would get turned on. Would it count as cheating though?

BTW yeh I'd ruin blonde on the left or back right. Also quite funny how they are in a different league to the others. Bet most of the guys are jelly.

Duggan said:
I say bring on the holodeck. I would leave it

So long as Jeri Ryan can be replicated id be happy.

IrishChr1s said:
Lmao at the ones that look awful
Click to expand...

clearly there the "poverty spec" for the lowly paid.

OldCoals said:
Is the blonde at the back on her own?
Click to expand...

Id figure she was another doll?

That may just pip LARPing as one of the saddest things I've seen on the net.

>Raises eyebrows in disbelief and looks at a different thread...

I'd probably have a four way with the two blondes and the brunette and let the cabbage patch dolls watch if they wanted.

Castiel said:
No. Human contact is not just about sex.

I addressed that point if you read carefully.

Skidder said:
I'd probably have a four way with the two blondes and the brunette and let the cabbage patch dolls watch if they wanted.
Click to expand...

**** me I'm probably going to lose my job now. Half the office turned around after I read that and gave the largest snort ever. Oh man...

Why no't plenty of people use sex toys. It's not really any different. Until you try using them as a sole replacement for women. But that's not going to happen well in the forseable future anyway. Dolls don't really talk back or give you any of that interaction and I bet most people can't fall in love with a doll.