Here we have a 5950X cooled by a Thermalright Le Grand Macho RT with no fan on it. Instead, air is supplied by a case fan through a duct. This reduces the number of fans by 1, while ensuring that air can only enter the case through the dust filter on the case fan.

But what is the best way to duct air from the fan to the heatsink? Is a duct even helpful? Here's a comparison between no duct, a tubular duct that stops short of the heatsink, and a square duct the wraps around the sides of the heatsink. 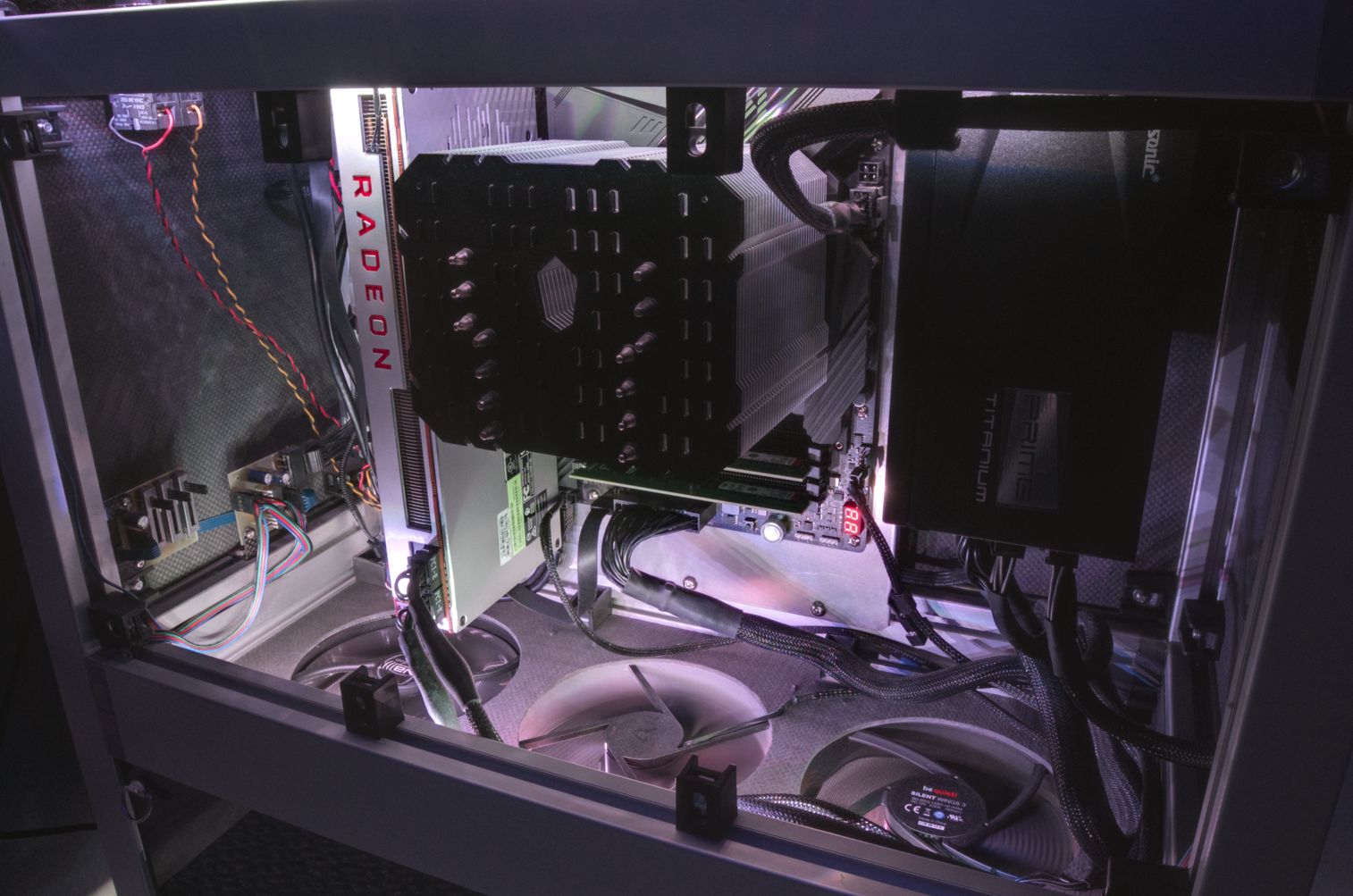 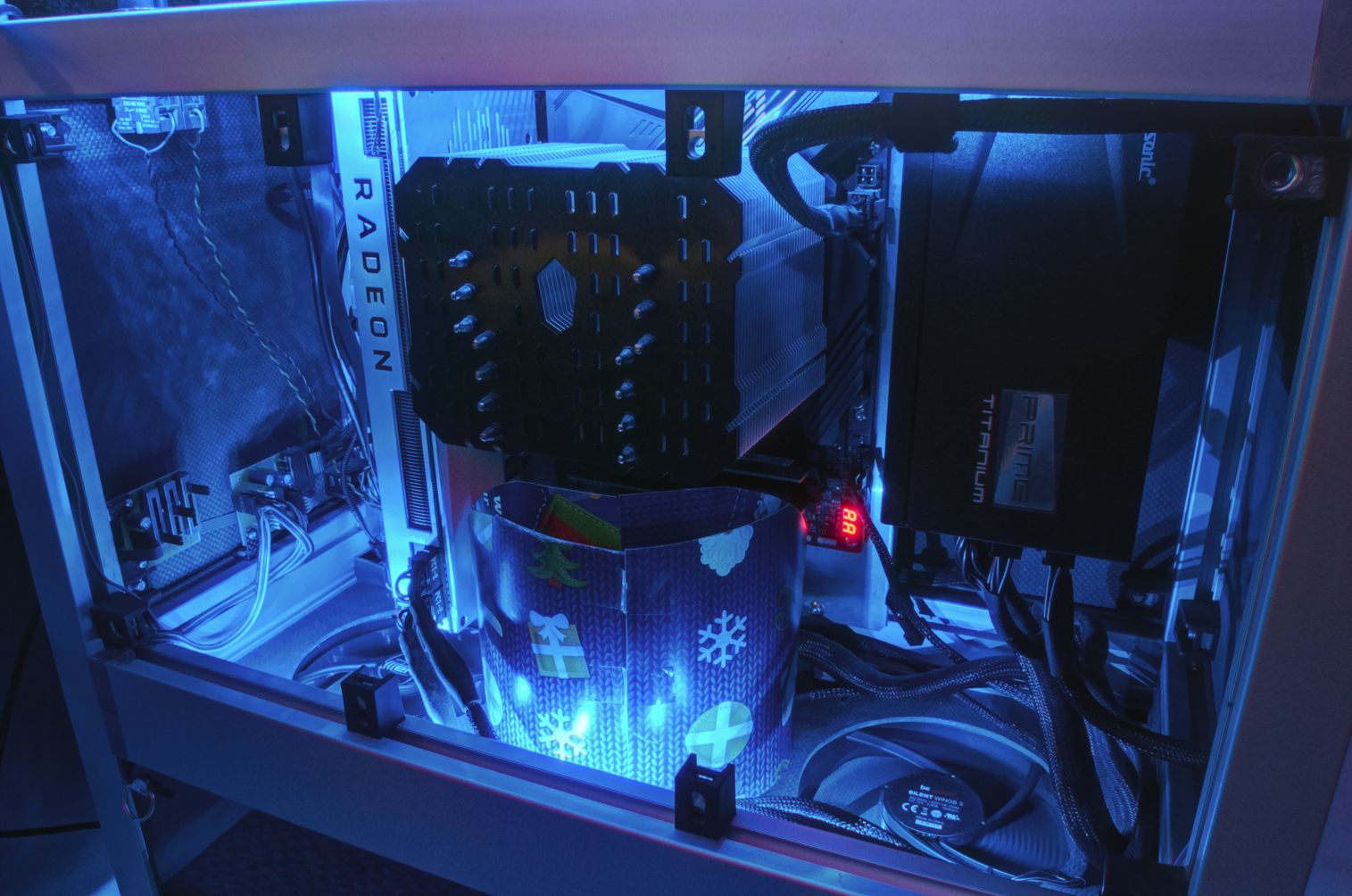 The tube is made from a box of Christmas chocolates, because it has pictures of snowflakes on it, which are cold. 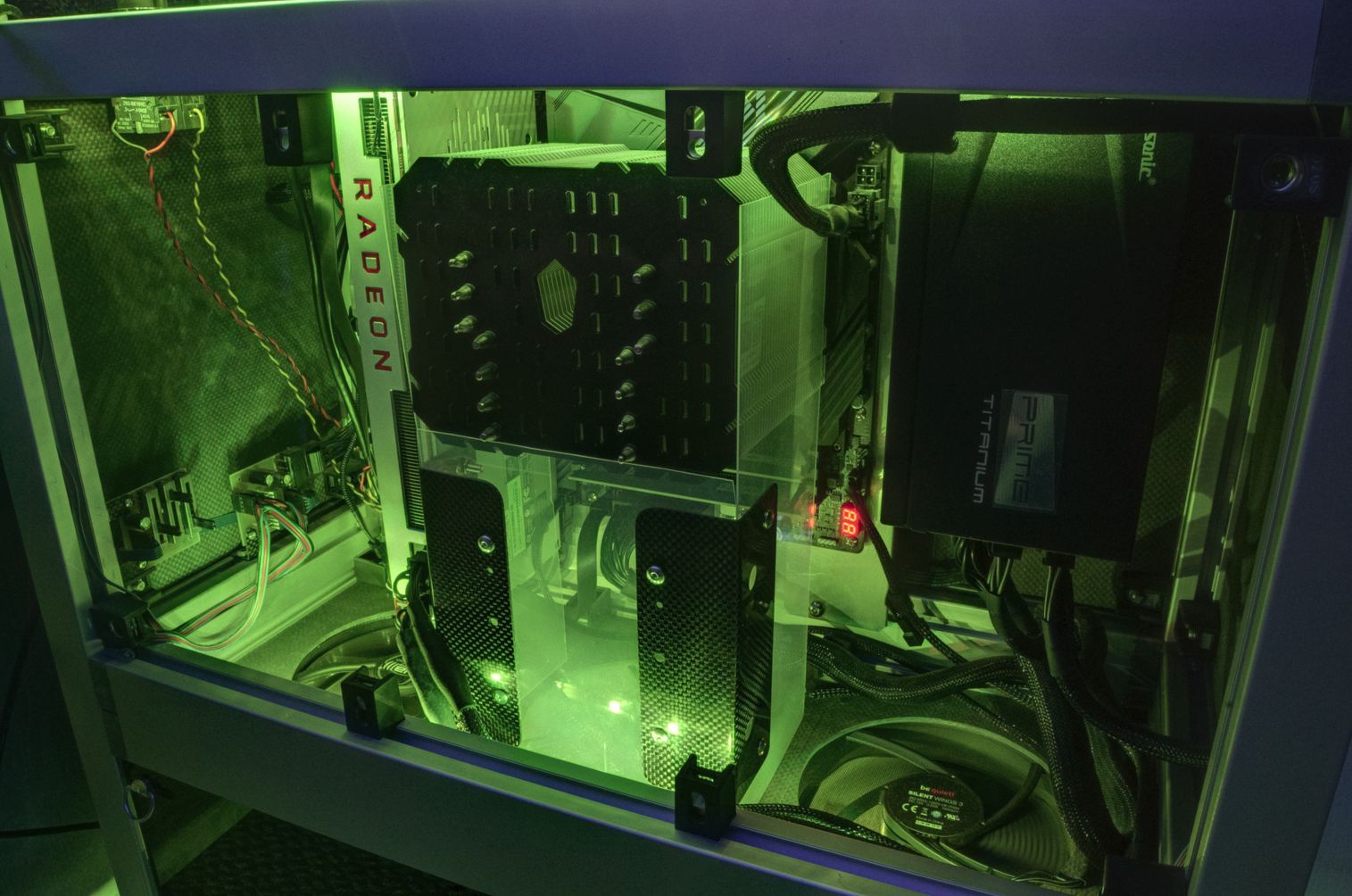 Only 3 sides are covered, since I still want airflow over the RAM and other surrounding components.

The chart covers about 12 minutes of full load (140W), with the square duct the clear winner.

At some point I'll have to do some similar tests with the GPU, although it's less obvious what would be effective there.

Why don’t you you just strap a couple of fans to it or get another cooler with fans?

pc-guy said:
Why don’t you you just strap a couple of fans to it or get another cooler with fans?
Click to expand...

Ducting is more efficient and it also removes the deadspot in the centre of the fan. Remember doing something like this back in the late 90's.

Pointless. Get a proper fan on the cooler, I've got the elfenfohn olymp with 3x 140mnoctua fans, it beats my 480mm thick custom loop! Whilst being quieter!

Mr Evil said:
The tube is made from a box of Christmas chocolates, because it has pictures of snow flakes on it, which are cold.
Click to expand...

Thank you Mr Evil - this was wonderful content, deliciously written!

What would happen if you ducted the middle and right hand fan together to push through the cpu cooler.

faceman123 said:
Pointless. Get a proper fan on the cooler, I've got the elfenfohn olymp with 3x 140mnoctua fans, it beats my 480mm thick custom loop! Whilst being quieter!
Click to expand...

3 fans on the heatsink, and presumably at least 1 corresponding case fan. That's 4x as many fans as I need to do it like this. While I'm sure I could rearrange things to be quieter, it's not exactly loud as it is - the CPU fan is drowned out by the graphics card next to it, at idle and when both are under load.

Donnie Fisher said:
What would happen if you ducted the middle and right hand fan together to push through the cpu cooler...
Click to expand...

I might try that one day. Doing something about the GPU fans is higher up my list though.

This is really good. Efficiency of air cooling is lost when warmed air and cold air has opportunity to mix. It's why, in good data centres, there are are hot aisles and cold aisles which are isolated. Cold air is drawn through equipment to reach the hot ailes, for maximum cooling efficiency.

A really great PC design would ensure that cold air and warm air has NO opportunity to mix! Liquid cooling can mostly achieve this already of course, it directly avoids hot/cold mixing...very efficient!

I use air cooling, and my RTX 3090 blows hot air directly back into the case to mix with the cold air. My CPU cooler blows air towards the back of the case too, allowing more cold/hot mixing, before a case fan ejects it. It's so inefficient.

Now I want to think about air tubing too. How I can tube hot air directly from cooler to outside the case. One day someone will sell tubing to do this (please air cooler makers, do this! Give us a pipe to go from cpu air-cooler fan directly to case-egress!)

I was wondering about getting something like this myself only the other day, coincidence! Nice to see it works in practice.

I had wondered about trying to completely contain the cpu cooler and have a duct from the front of the case, round the cooler, then maybe out the roof. Rear exhaust fan probably still needed for general air movement.

The most inefficient part of a pc for cooling seems to be the gpu to my eyes. It looks like most non-blower designs basically pull air from the bottom of the case (which doesn't necessarily get lots of fresh air thinking about where inlets and outlets are on typical cases) and then spray hot air out in all directions, some of it probably recirculating into the gpu cooler intake again. The best solution imo would be for some gpu company to start producing a 4-slot (most people don't use any other pci slots) blower style cooler or something like that so you get enough airflow for effective cooling,and all the hot air ends up outside the case.

I wondered about trying to put a duct from a front intake fan to gpu fans directly so they only get fresh air. Maybe even try to contain the exhaust from the gpu cooler and duct it to the rear exhaust fan or something. Would be a bit more of a faff to get everything to connect up properly than for the cpu though.
Last edited: 29 Jan 2021

Ducting from intake fan/s to component cooler/s works very well. I think it works even better on GPU and down flow CPU coolers than tower coolers. Simply because GPU & flat coolers dump heated exhaust in all directions. Tower coolers with rear exhaust vent behind them do a much better job of directing their heated exhaust air back and out of case. But GPU along side of CPU cooler usually dumps at least a little heated air into CPU intake airflow..
You must log in or register to reply here.
Share:
Reddit Pinterest Tumblr WhatsApp Email Share Link
Top Bottom