Available in the next few days, we have the next new launches from the prolific people at Kolink HQ - The Void Rift and Unity Code X.

Starting with the Void Rift, this is the new addition to the immensely popular Void series. The Rift sports an entire Infinity Mirror front panel with ARGB LED's accenting all sides of the panel. The end effect is very impressive and ideal for those who can't get enough of the infinity goodness. There is also one of the new Umbra Void 120mm ARGB & PWM Infinity fans installed at the rear to continue the theme nicely. Both the front panel and the fan can be controlled either with the RGB button on the I/O, or via compatible motherboard/ARGB hardware using the supplied 3-Pin 5V connector. Structure wise, the Void Rift doesn't disappoint, with room for ATX motherboards, 355mm GPU's, both standard and vertically (mount supplied, riser cable sold separately), 165mm CPU cooler and full sized ATX power supplies.

For cooling, there's plenty of space for up to 360mm radiators on the front panel, and up to 280mm radiators on the top panel. The I/O sports a pair of USB3.0 ports, along with a USB2.0 port and audio/mic ports, alongside the power, reset and RGB button. Of course there's a tempered glass side panel to show off your system in style.

Next up, we have the Unity Code X. Joining the very recently released Unity Nexus and Adapt, the Code X is squarely aimed at the showcase and watercooling market. It has space for up to 10 x 120mm fans throughout the chassis, alongside room for up to 3 x 360mm radiators simultaneously. Alongside the ARGB front panel accent, there's an Umbra Void 120mm ARGB & PWM Infinity fan installed at the rear, and both can be controlled by either the I/O panels LED button or compatible ARGB motherboard software/ARGB hardware using the 3-Pin 5V connector. The Code X utilises a dual chamber design, meaning there's ample room for cable management, and alongside the impressive radiator support, the Code X has ample room for a pump/res combo too. Component support is similarly impressive, with support for up to 400mm VGA cards, both normally and also vertically using the supplied bracket and a PCI-E Riser cable (sold separately). This bracket replaces the rear PCI-E slots, affording more room between the card and the side panel for better airflow.

The Code X also supports 165mm CPU coolers (although it's really aimed at those wanting to use a custom loop/AIO setup) plus full sized ATX motherboards & PSU's. Both the front and side panels are tempered glass for a full view of your internal build. The front I/O has a pair of USB3.0 ports, alongside a USB2.0 port, audio/mic ports & the power/LED buttons.

Stock is due on both in the next few days & I think they will be quite popular! 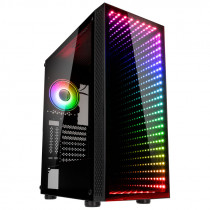 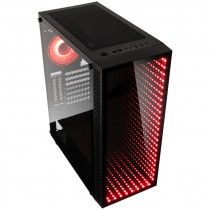 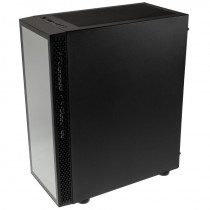 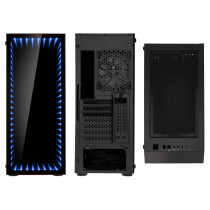 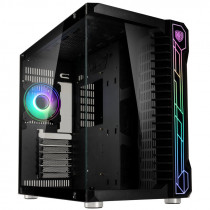 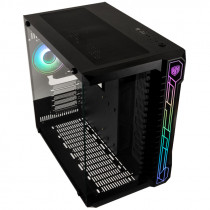 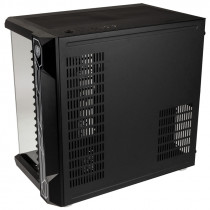 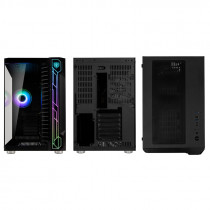 hmmm looks a tad expensive for an in house brand

Yeah but it has an unobstructed front viewing section, that's rare to see in cases

Raelgun said:
Yeah but it has an unobstructed front viewing section, that's rare to see in cases
Click to expand...

yeah, i did notice that. that is very unique...

How much forum spam does it take for an account to get banned?

To be honest, I really can't wait for this one to be out