Location
Behind you... Naked!

My wife absolutely ghets on my nerves with my computer.

The thing is, that she seems to be doing this deliberately, but she is utterly incapable of using the shift key and uses the caps lock instead.

Ok, I suppose that in itself is not an issue.

What is an issue, is that absolutely every single time she used the computer... She leaves the caps lock on.

In fact, its been a semi joke, but in truth, I have just smashed up my Strike 7 keyboard, and thats now the 3rd keyboard that I have smashed up.

I think inb the last 3 to 4 years, the CAPSLOCK has been left on every single day and, she goes on my computer more than a few times a day, so its not like its a rare or random thing. Its almost as if she is doing it deliberately.

You have no idea how angry I am right now.

I am inches away from just kicking the screen in.

I have just pulled out the CAPS lock button from my GSKill KM780 and now it looks rubbish.

Right, there is the audible sound when you press the locking keys and so thats something, but is there any way that I can get it to keep on making that sound until its presed again so she does not leave it on?

Im genuinely at the end of the line with that cow.

Assuming this isn't a joke thread, you could disable caps lock in windows or with software

Funny enough drives me up the wall at work - 60-70% of people seem to put the caps lock key on permanently and/or leave it on - no idea the kind of usage pattern that results in that as it makes no sense to me.

Break The Caps Lock Habit With This Annoying Buzzer | Hackaday

"His creation is a tiny little USB notification device that has only one purpose: to make a terrible noise as long as the Caps Lock key is engaged. Think of it like the little indicator LED on your keyboard, but one that makes a terrible screeching noise that you simply can’t ignore. This is made possible by the fact that the Caps Lock status is handled at the OS level rather than the local input device." 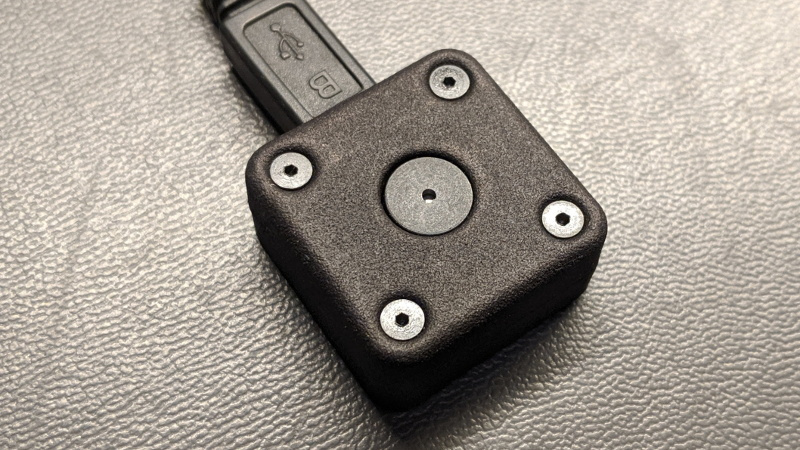 I have to say I'd rather have "End" or "Home" mapped into that location, buttons I use a lot. The only time I see sentences that are all in caps is in badly written email "marketing" from colleagues, I can't actually recall ever purposefully using it in work or home.

I think the use or misuse of the Caps Lock key is the least of the OP’s problems.

Terminal_Boy said:
I think the use or misuse of the Caps Lock key is the least of the OP’s problems.
Click to expand...

Ever so slight anger issues... Can pretty much guarantee the wife is doing it deliberately for the lols!

This has to be a 'joke' thread right? No way the Caps Lock key being on would make someone genuinely that angry to smash their keyboard up.

Glanza said:
This has to be a 'joke' thread right? No way the Caps Lock key being on would make someone genuinely that angry to smash their keyboard up.
Click to expand...

Unfortunately I would say no joke.
The way the world is at the moment mental health is through the roof.

Sounds like you need to grow up tbh, smashing keyboards because capslocks is left on, really?

He cannot see your replies as he has now kicked his monitor screen in.

JohnG7 said:
He cannot see your replies as he has now kicked his monitor screen in.

JohnG7 said:
He cannot see your replies as he has now kicked his monitor screen in.

I have seen people who use Caps Lock instead of shift. Surely a cheaper solution is a Post-it reminder?

Terminal_Boy said:
I think the use or misuse of the Caps Lock key is the least of the OP’s problems.
Click to expand...

I AM A BIT DISAPPOINTED REPLIES ARE NOT IN CAPITALS

Location
Outside the asylum