Quite looking forward to Gamescom announcements this year. E3 2019 was a bit of a non-event.

A number of rumoured announcements, as well as hoping to hear more about Microsoft's Xcloud which is due to launch in October.

Yeah, I haven't a clue what they're going to be revealing today except more about Death Stranding in the Geoff show as he's got Hideo with him.

Will be there as usual tomorrow. Going to be a lot smaller this year I think, Blizzard aren't there and they always had a massive presence taking up half a hall, Sony toning down their size too.

I suspect the likes of Wargaming and Farming Sim will be the biggest stands, apart from Microsoft.

Two new controllers. I love my Sports Red one so it would be nice to get a blue one to go with it. 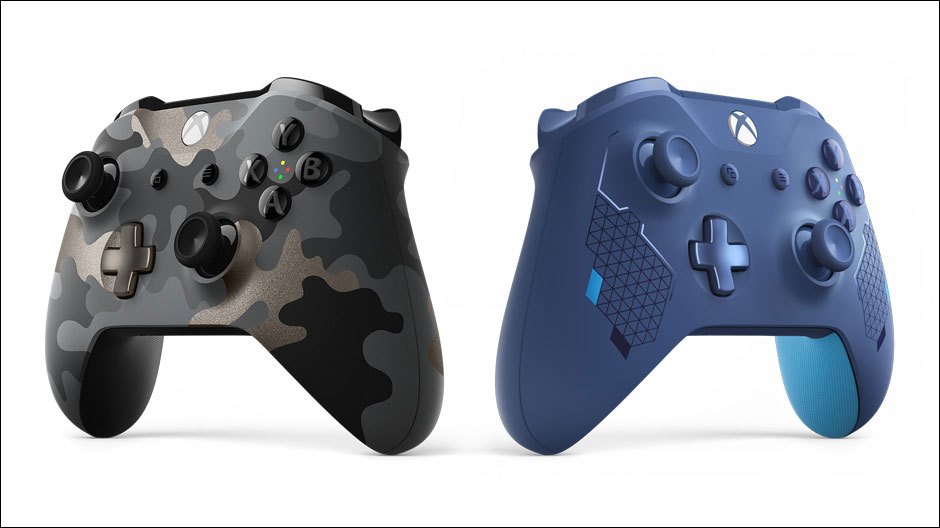 Mark in your diaries X019 in London is November 14th. Maybe more Project Scarlett news. Tickets go on sale in September for £19 - The Copperbox Arena.

Gears of War 5 campaign will be 4K60 on Xbox One X
Comanche (some old helicopter game from yesteryear) being done by Nukklear/THQ Nordic
Last edited: 19 Aug 2019

Impressed with the games being added, especially with many of them being ON PC as well. I was going to order DMC V this weekend lol

ic1male said:
Orcs Must Die! 3 is a Stadia exclusive.
Click to expand...

Meh, heading home already, they let anyone in trade day now so the queues for everything are ridiculous. Did want to try Stadia but queue didn't move in half an hour.

I don't think it will be exclusive for very long. It certainly didn't look like it was using the 10TFlops of GPU power that Stadia has. Definitely designed with PCs in mind.

ic1male said:
I don't think it will be exclusive for very long. It certainly didn't look like it was using the 10TFlops of GPU power that Stadia has. Definitely designed with PCs in mind.
Click to expand...

ic1male said:
I don't think it will be exclusive for very long. It certainly didn't look like it was using the 10TFlops of GPU power that Stadia has. Definitely designed with PCs in mind.
Click to expand...

Robot's Patrick Hudson confirmed on Reddit that it's a timed exclusive only;

Hi all, I’m Patrick Hudson, the CEO of Robot. OMD3 is a timed exclusive on Stadia. The background on that decision:

After shutting down OMDU, Robot had to downsize our studio. We had re-sized and focused on making smaller games than an OMD game. We didn’t know when or if we would get back to the OMD franchise.

We met with Google to learn more about Stadia for our other projects. We discovered that the people at Google are big fans of OMD. That led to an exploration of what might be possible with an OMD game on Stadia. We both got excited about our ideas and decided to go after it.

OMD3 would not be possible today without Google’s support. They are behind the game in a big way. We’ve hired more developers to bring it to life. It’s the OMD game that fans of the first two games have been wanting, and we’re thrilled that we have the opportunity to make it.

When OMD3 releases in spring 2020, it will be a timed exclusive on Stadia. We’ll say more about other platforms in the future.

We’re having a lot of fun playing OMD3 inside the studio, and we hope you love it as much as we do.
Click to expand...

So no Google, no OMD3 by the sounds of it.

Blast from the past, 25 years since the last game. They were developing one for dreamcast but it was cancelled.

Blast from the past, 25 years since the last game. They were developing one for dreamcast but it was cancelled.
Click to expand...

If anything it looks remarkably like that Street Fighter capcom done years ago where they redrew all the sprites to bring them up to date, turbo hd remix. Find it funny they opted to keep the crackly megadrive voices in the game, that was always a big arguing point between snes and megadrive owners, especially when it came to games like this or streetfighter