It affects some games and not others.

If I set render resolution to 200% the GPU usage does go up in BF5, so it seems to me it's some sort of weird CPU issue....but what? CPU runs at full speed during games.

It's driving me nuts and I cannot understand what the problem is and why it affects some games and not others.

This photo below is BF5 running at 1080P low settings. It's at 70fps doing nothing, when things get hectic it literally goes down as far as 40fps, even though CPU and GPU clocks remain as they should....so nothing is throttling. 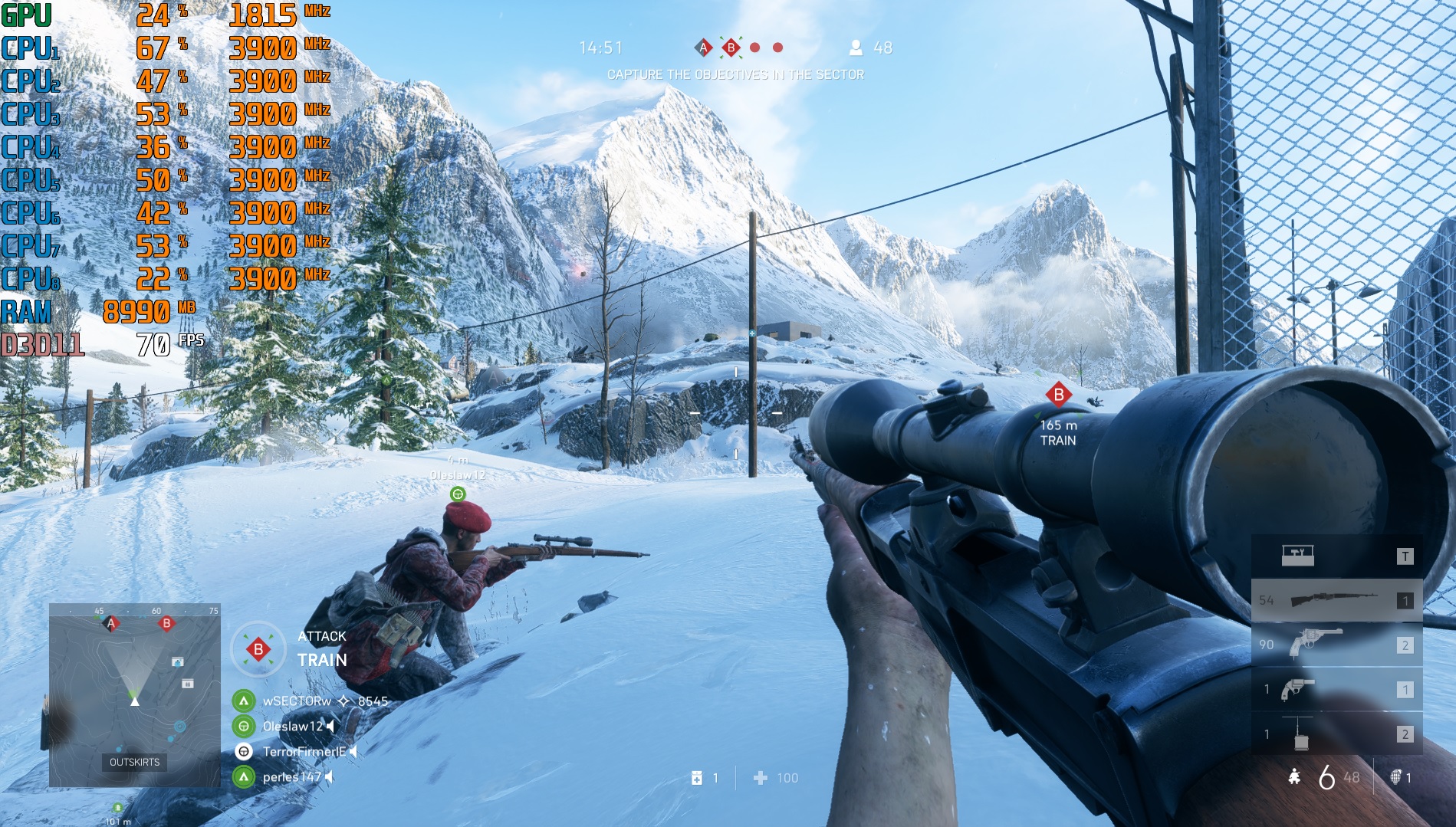 No help at all, but can you tell me what you are using to get the temps etc on the left?

what happens at high settings on BF5?

Have you got 2 separate power cables plugged into your gpu? (Rather than 1 cable with a double plug)

chili said:
No help at all, but can you tell me what you are using to get the temps etc on the left?
Click to expand...