Seems like a lot of fanboy rumours that are contradicting each other.

"Made on 40 nm fabrication process. Smallest GPU ever made by Nvidia."- That line doesnt make any sense.

"Power Consumption - This card will be power efficient with respect to its work. It is assumed to consume 225 watt. "

"Much cooler, efficient, reliable and stable than any of the previous generation."

Again nonsense. 225 watts would just about make it the hottest single GPU card ever.

It's a poor translation into English methinks. Hard to make that much sense of it.

Lots of non info really. Thanks for the link though.

225w 512 bus doubleing everything i'm already wondering how big these things must be. These might be the first card's that need the sli bridge to help support their weight

. Got to be false surely.

I think the leaked information is fabricated. Ahaha haha hahaha!

Named after a nuclear reactor


The chip that we ended up calling GT300 has internal codename Fermi. The name might suit it well as Enrico Fermi was the chap that came up with the first nuclear reactor.

The new Nvidia chip is taped out and running, and we know that Nvidia showed it to some important people. The chip should be ready for very late 2009 launch. This GPU will also heavily concentrate on parallel computing and it will have bit elements on chip adjusted for this task. Nvidia plans to earn a lot of money because of that.

The chip supports GDDR5 memory, has billions of transistors and it should be bigger and faster than Radeon HD 5870. The GX2 dual version of card is also in the pipes. It's well worth noting that this is the biggest architectural change since G80 times as Nvidia wanted to add a lot of instructions for better parallel computing.

The gaming part is also going to be fast but we won’t know who will end up faster in DirectX 11 games until we see the games. The clocks will be similar or very close to one we've seen at ATI's DirectX 11 card for both GPU and memory but we still don't know enough about shader count and internal structure to draw any performance conclusions.

Itll have double the go faster stripes too!!!!!

Bit lol on the source info

I heard this one is codenamed:WalletRipper?

I heard its code named "Sharpie"?

For that extra detail when renaming! 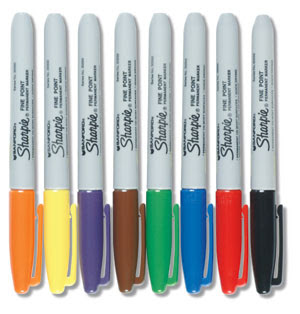 Owenb said:
Seems like a lot of fanboy rumours that are contradicting each other.
Click to expand...

i agree. when i read it i thought hmmmm this is a NV fan trying to crap on ati..

I was going to think of getting ATI next month with my new pc build but after alot of thiking about it im keeping a eye on nvidia and seriously considering just buying a NV 275 and gettign the GF dx 11 cards later on cus i rally dont want ATI and feel NV will be much better and more reliable.

The more I hear about it and read between the lines, the more I think the suggestion they have massively changed design to be more inline with a larrabee than a G80, paralel computing beast but mostly built for that rather than gaming. Ultra programability in the shaders, but very little acceleration of certain things rather doing them in programable shaders which was suggested a LONG time ago. Meaning it could lack acceleration for several dx11 key features doing them much slower in programable shaders.
You must log in or register to reply here.
Share:
Reddit Pinterest Tumblr WhatsApp Email Share Link
Top Bottom