So the time had come to sell my S1000RR which i did love, but it became very bland, I was after some thing with a tad more soul. 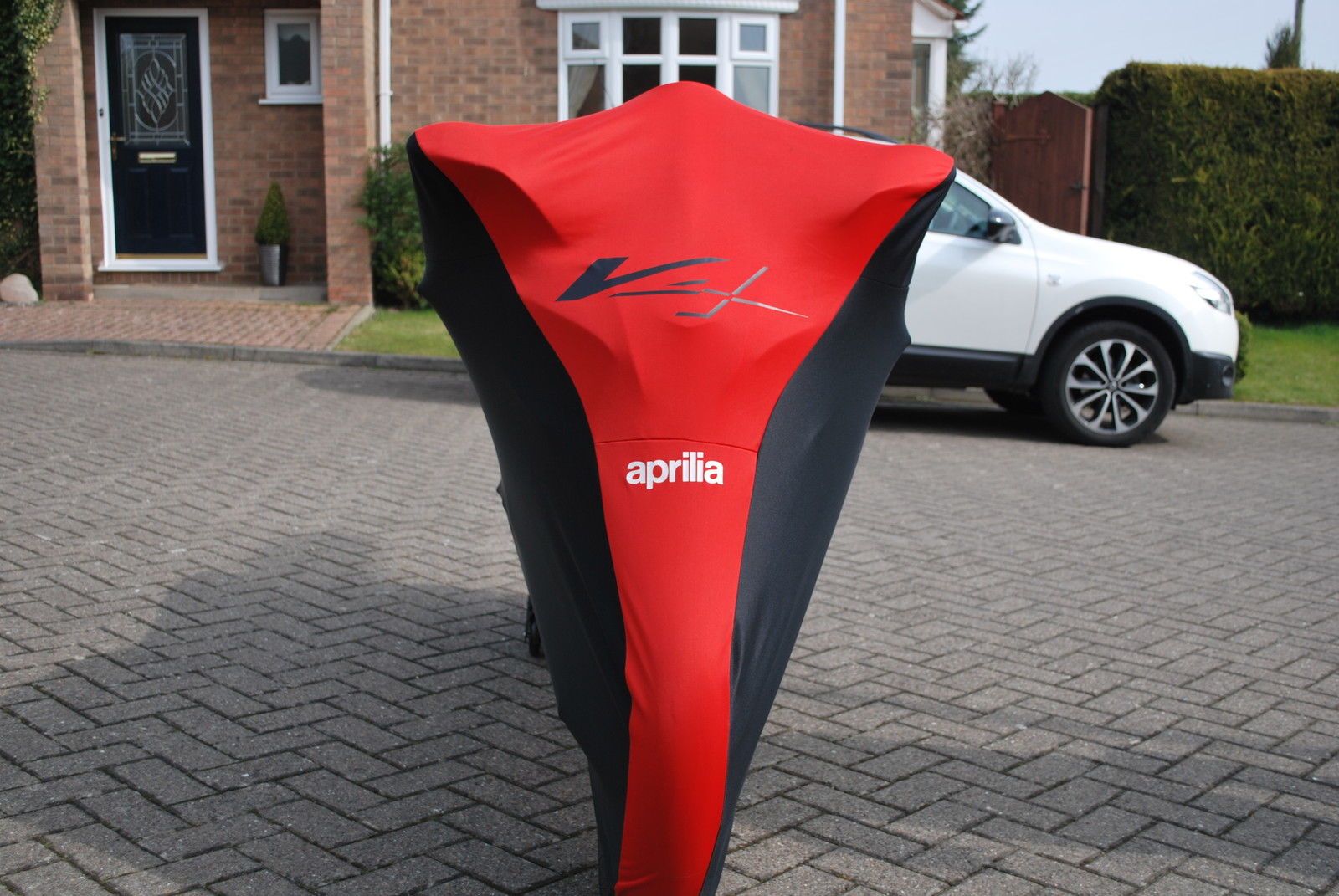 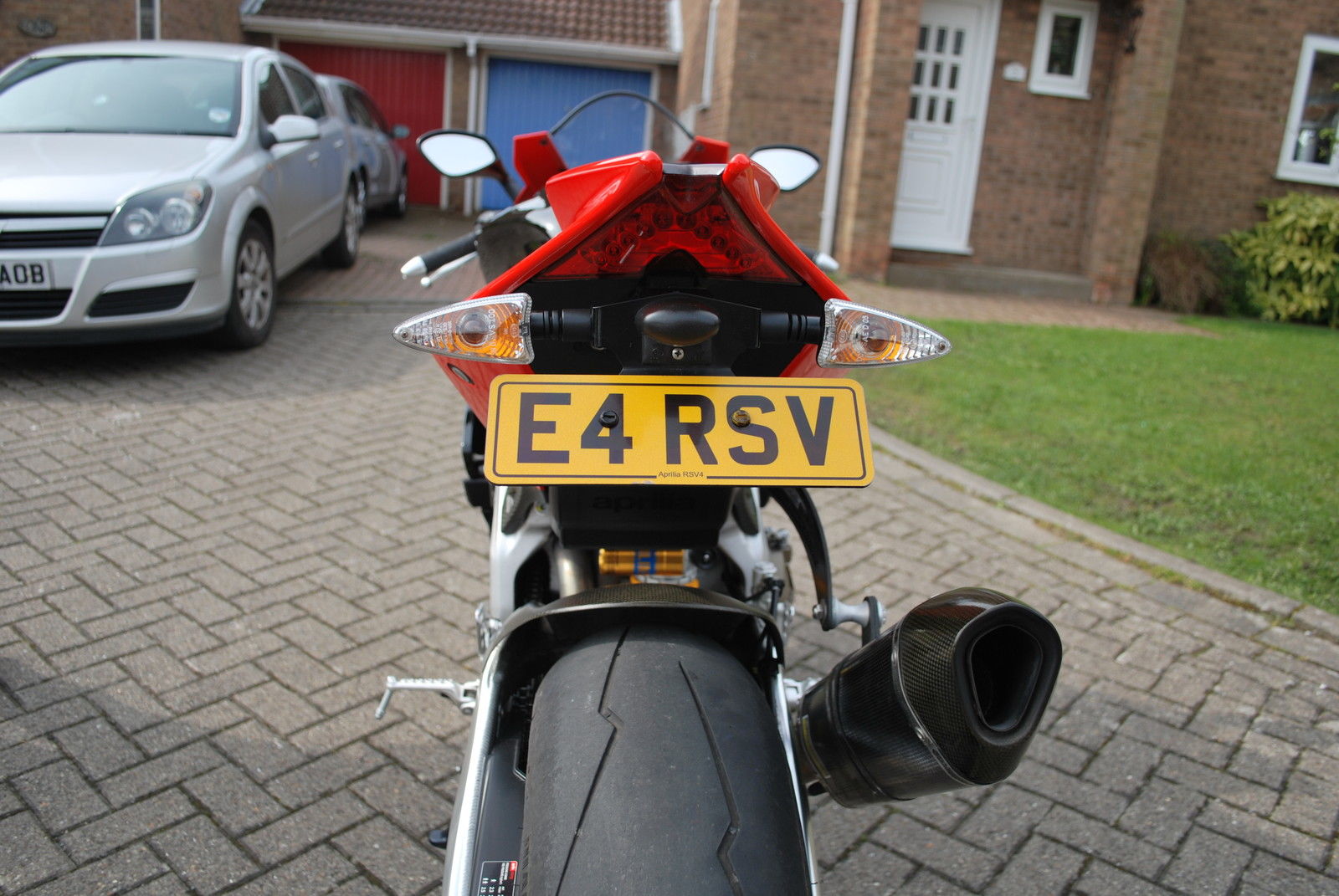 May I ask what year mileage etc? And how much have you got it for?

Location
In my Brain...

That's one beautiful bike. You REALLY NEED to post a sound clip at full chat hmmmm

Very nice, and plenty of carbon bits included too which is always a bonus

Wow. Awesome looking manchine. Know a couple of people that have chopped in their BMWs for these. There both top of my wish list.

That's a sexy thing man... a very sexy thing!!! be interesting to hear your comparisons between the two.

Think that is the problem with BMW in general, they do fantastically engineered stuff BUT... there's something missing... that people like Aprilia have... I always think of Ducatti and Aprilia as the Alfa Romao of bikes lol

I had a deposit on one exactly like that before the S1000RR, but the reliability of the earlier ones put me off. Theres several cases of the engines going pop. They did some big revisions in 2011. The cam chain tensioners have a habit of being noisy as well too sometimes.

pugheaven said:
That's a sexy thing man... a very sexy thing!!! be interesting to hear your comparisons between the two.

Think that is the problem with BMW in general, they do fantastically engineered stuff BUT... there's something missing... that people like Aprilia have... I always think of Ducatti and Aprilia as the Alfa Romao of bikes lol
Click to expand...

Hhhmm, not sure I agree with that. I think it's probably just an IL4 engine thing - that engine config just doesn't have much character compared to twins and V4's. The Boxer engine on the other hand is probably the most characterful engine being built today.

But these Aprilia V4s are sickeningly sexy!!!

Fantastic bike! Can't beat the sound of a v4.

totally worth it! Lovely bike those aprillas
It looks like an Arkrapovic ? Austin racing also do some trick parts and nice exhausts too.
Great bike!

Thank you for the kind words every body! I picked her up last night and got home around 11PM, bloody typical it's raining all the way through till Tuesday so I'm not impressed!

Some body mentioned the can... yeah it's an Akrapovic and the bikes been remapped by Aprilia, I know Rich very well at Austin Racing and that's what I had on the BMW but i'll stick to the Akrapovic for now as it makes a lovely howl and it's not ridiculously loud

I'd be more than happy to do a comparison between the 2, they are very much chalk and cheese but I'll post back with my opinion

May I ask what year mileage etc? And how much have you got it for?

No problem, I paid £8750 with 3400 miles and it's an 09. Had a lot of extras including the personal plate you see. the stand alone and cover from Aprilia is in the region of £300, and also got the rear seat and rear pegs which are lil rare for these as they don't come shipped with them as you would expect!
Last edited: 8 May 2014

EDIT: Also, how the HELL are you getting away with that little license plate?

Sorry for the delay due to weather and I'm glad it's sorted it self out this weekend. however the TT for Friday doesn't look promising

I'll be honest they are very much chalk and cheese, 2 completely different bikes however me personally I prefer the RSV4 a shed load more than the S1RR.

Handling for one is so much better on the Ape, literally goes into corners like it's on rails and fills you with so much confidence. Other than the motor I believe the Ape is pretty much better in every aspect. However here are a few points.

1.Mirrors on the Ape being an Italian are utterly useless, where as the BMW they were usable.

2.Fuel consumption from the V4 is dreadful! but who buys a superbike and expects to get 180 mile from a tank? comes with the nature of owning such exotica i suppose.

3.The V4 has a huge rush in power as it hits you in every gear, and it's a lot more usable. Granted it doesn't have the same punch at 10k like the BMW but going over 10k RPM on the BMW pretty much means your breaking the speed limit drastically in every gear... And although the engine is the strongest point on the BMW I don't see it being usable on the road and just gets very "boring" quickly... however if worried about breaking the speed limit both of these bikes are a no no for you!

Although the v4 first gear is incredibly tall I like it... being that it's a V4 you got the best of both worlds from a twin and a IL4

4. The gearbox on the V4 is so much better the BMW and i believe the quick shifter has a lot to blame for that.

5.Exhaust note wins hand down for the V4 nothing can compare to it other than the R1. Again the BMW sounding very bland, it only gets interesting when you decat it and use the quick shifter.

6.Comfort wise I found the V4 to be slightly better but this doesn't mean the BMW is uncomfortable if any thing that's very good for a sportsbike as well and i could certainly rack up miles. But considering the V4 feels so much smaller i was surprised.

This isn't a great summary by any means and there are plenty of shootout videos and reviews online but it's just what i've gained so far from around 500 miles of riding.

But I'll keep you updated

I just got back from TT practice week and what an amazing experience!
Here is a little clip, nothing special and I have a lot to learn, only stuck 500 miles on her then left for the TT.

Poor lines at times and poor conditions, my second or third run over the mountain so I apologise for the "All the gear and no idea" lol

Nice video !
Heading off this Sunday at 4am, cant wait