This week in The Asylum: Terabyte Tax

In an effort to do absolutely anything but fix their knackered economy, one of Portugal's opposition parties has fielded a bill to introduce legislation that would see, amongst other things, a tax introduced on storage devices.

They claim that it is to fight piracy, yet say it is targeted at corporations. So, either this law would have no intention of fighting piracy (which is mainly outside of corporate circles) or is just a hair-brained money-spinner. My money is on the latter.

The bill would also introduce a tax on photocopiers and printers according to the amount of pages printed per minute. So, either old school 'print 700 copies of an ebook' piracy is rampant in Portugal, or they want to encourage people to print as slowly as possible to prevent anything of any use actually being done in the country. Stellar attempt.

Thankfully, this idiocy seems to be headed for the cylindrical filing system along with the likes of SOPA, PIPA and ATCA. But is this really where we're heading? To a point at which governments misunderstand technology so gravely that they actively impose taxation on advancement?

Never before have i seen something so silly.

Thank god that Portugal's opposition ares still only in opposition. 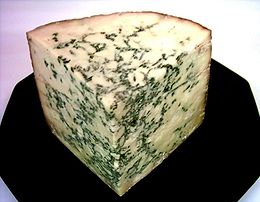 It’s just another tax raising exercise so that they can meet the terms of the aid plan they’ve received.

I imagine this is just a way of raising tax without the public caring.

A slightly tenuous comparison, but now lke we've ever done something as 'stupid' http://en.wikipedia.org/wiki/Window_tax

Doesn't Canada have a tax on blank media (like CDRs) that is for "fighting piracy"?

It would seem some old person (got to be as no young person could be so clueless) has had a brainwave along those lines.

I mean it's monumentally stupid but I've stopped being shocked by Governments trying to pass stupid laws recently.

tigerstyle said:
A slightly tenuous comparison, but now lke we've ever done something as 'stupid' http://en.wikipedia.org/wiki/Window_tax
Click to expand...

That was quite a while ago now, though it does remind me of a pub called 'The Pack of Cards' in Combe Martin, famous for its 52 windows. Didn't do so well when the Window Tax was introduced