Chuk_Chuk said:
Interesting the 4080 has a dedicated 103 die now rather than using the 104 die. That the xx80 class has used prior to the 3080.
Seems like AMD won't be catching Nvidia on the back foot this time. The difference in the SM count between 102 and 103 is huge though. Unless there is a significant reduction in clock speed, that is going to suck energy. But it isn't really translating into performance. 60% more SMs but only 26% faster based on what ever those peformance numbers are supposed to represent.

Based on the 256 and 128 bit bus of the 4080 and 4070 respectively it seems like Nvidia will have their own version of infinity cache. I wonder if people will go around saying these cards are being held back by their memory bandwidth and that Nvidia should just use a bigger bus

Maybe the 4080 will be much higher clocked than the 4090 to compensate for less SMs, the rumoured TDP difference between them is only 30w which if true would back this up.

KompuKare said:
Mock all you like, but if it's such a big thing (or not) why was there no thread way back when (AFAIR) about 11GB being overkill for the 1080 Ti while it was current?
Surely with the 4080 rumoured to be around three times faster than the 1080 Ti was, back then 6GB would have been plenty enough and any more a total waste of money!
Click to expand...

We already had games asking for 10gb in the 1080ti days, shadow of Mordor with the 4k texture pack would use 10gb vram on my 1080ti

It feels like games haven't really needed more vram than that since then, even though graphics have improved, so the only logical answer is compression has improved

And as we've found with CPUs the more cache you have the less you have to use system ram, so if we can give gpus enough cache you won't need much vram at all

You plan on going Nvidia this time Chuky? Or just getting warmed up for the 10/12GB is not enough thread?

20GB with a little luck

You seriously think 5gb or 8gb I can't see that , they will have similar to what AMD has with infinity cache which will increase the performance even with lower bus

TNA said:
You plan on going Nvidia this time Chuky? Or just getting warmed up for the 10/12GB is not enough thread?

I’m getting warmed up for the thread


uscool said:
You seriously think 5gb or 8gb I can't see that , they will have similar to what AMD has with infinity cache which will increase the performance even with lower bus
Click to expand...

I only listed both so that people can see the options available. I don’t think Nvidia put 5 or 8 gb in those cards

Chuk_Chuk said:
I’m getting warmed up for the thread


I only listed both so that people can see the options available. I don’t think Nvidia put 5 or 8 gb in those cards
Click to expand...

Yes, I recon if someone does not make it, you should for the lols

Chuk_Chuk said:
I’m getting warmed up for the thread

Well, if the 160 bit bus rumour is correct, it can only be 10GB.
Looks like Nvidia is going to go heavy on not-Infinity-Cache (they might have to come up with their marketing slogan for that), so narrow buses. And hence the demand for 2Gbit GDDR chips is going to be insane.

Richdog said:
Wow, very surprising considering that it's such an advanced engine and a perfect example of next-gen gaming for upcoming GPU's.
Click to expand...

Actually WoW has a incredible comprehensive options menu for graphics and effects that puts most next gen games menu settings to shame. 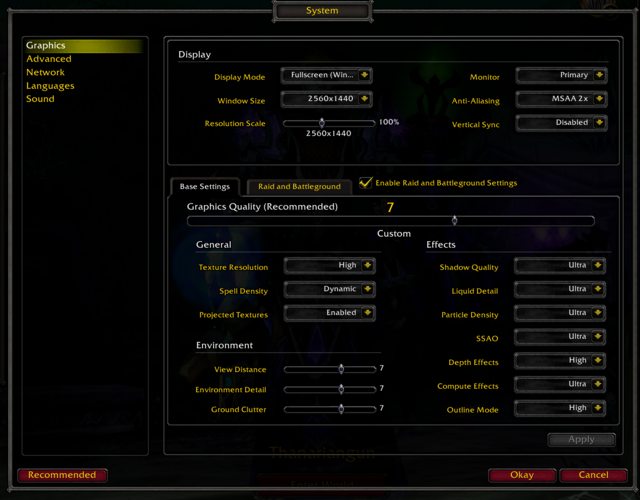 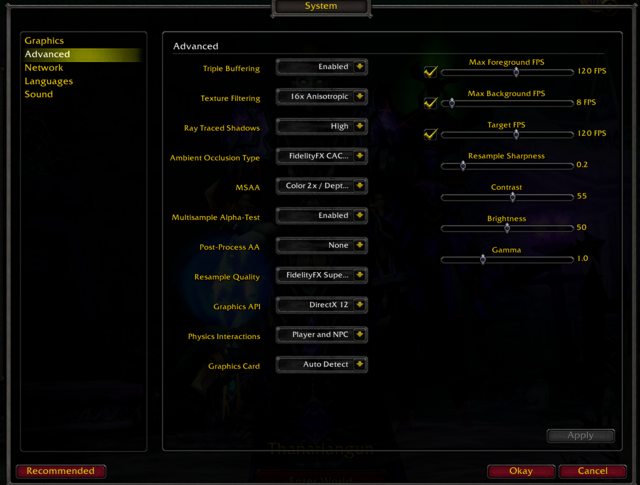 What you are trying to judge is art style, which is fair but WoWs engine is pretty advance now.

Just cos you don't like WoW doesn't mean its not a monster still in the industry, and looking at someone who quoted you, Shadowlands which is probably WoW most ill received expansion still out sold Elden ring on PC even slightly in this case but we are looking at the worst for WoW, WoW expansions have historically always hit best ever selling game on PC, it makes most PC releases look like niche titles, Elden ring and perhaps a few are outliers but WoW is consistent, so yes, WoW expansion release is major for the PC platform.

Nexus18 said:
Well yeah..... if you add barely any ray tracing then of course performance on amd will be fine

Raytraced shadows in WoW is actually well implemented, it works very well for the type of game it is, its done a better job of it then most of the niche games that you play that don't implement properly still.
Last edited: 1 Aug 2022

I'd hope they are going to give us a reason to buy it, but I suspect they will position it so it will be a choice of 7700XT or jump to the 7900XT.

I'm very suspicious of these rumors: 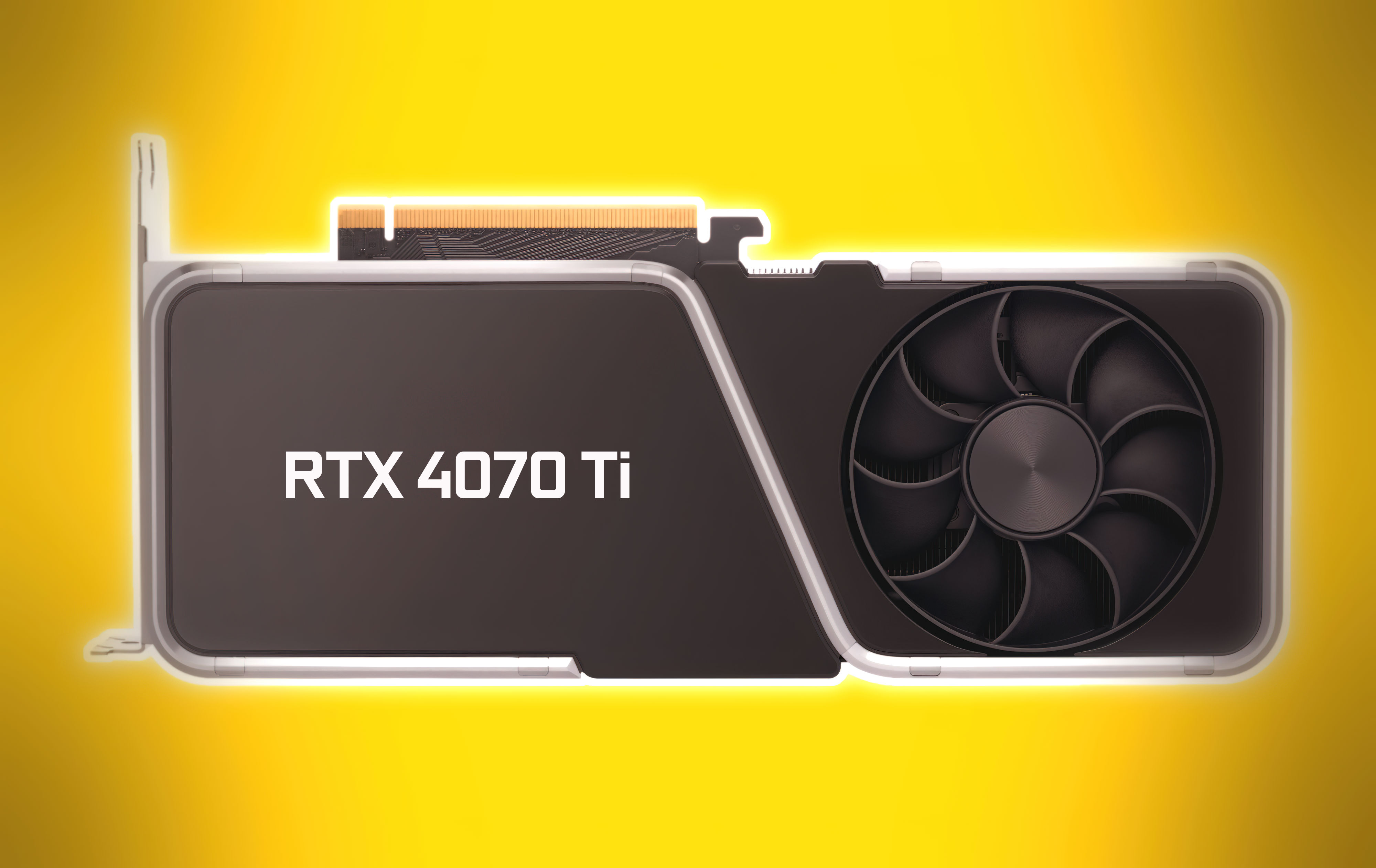 Potential RTX 4070 Ti could match RTX 3090 Ti in terms of performance The rumored specs for RTX 4070 with 7168 CUDA cores and 10GB memory on a 160-bit bus may seem underwhelming to some GPU enthusiasts. But such configuration is already capable of competing with NVIDIA’s high-end RTX 3090 GPU in...

I hope (for consumers) they prove to be true *but* the specs for the '4070Ti' show a card with 3072 less CUDA cores, a 192-bit bus (vs. 384-bit) and 50w less power consumption matching a 3090Ti? Ada's going to have higher clocks and a generational advantage but even so I'd be amazed if any of these rumours match the reality at launch. Going to be fun to find out though (although this gen I'm actually more curious to see what RDNA3 is bringing to the table).

I reckon a Ti version will be as strong as they say. I would rather find out what the regular 4070 is going to be though as this will release first at the end of the year. The Ti's normally follow up some time later unless they break the release cycle of past gen's.

Look at the previous generation as an example:

Unless they're using a magic foundry this looks more like a 3080 -> 4070Ti to me (still less CUs and a slower bus than a 3080 though). Still, they are supposedly pumping an extra 180W into it so I guess that's gotta do something right?

The 2070->3070 makes an interesting comparison too as a generational jump.