I have this SSD - bought about 8 months ago. I had a few issues with it to start with, I had to do a complete zero level wipe and updated the firmware, then reinstalled Windows 7 and all seemed well, but it didn't seem as fast as before. I bought a SSD for the speed, and expect it to work as fast as it was! when i was having issues with it, at least it was working at full speed! Now I get the results below which to be honest isn't as high as I would hope - you could get these speeds with a RAID 0 setup! 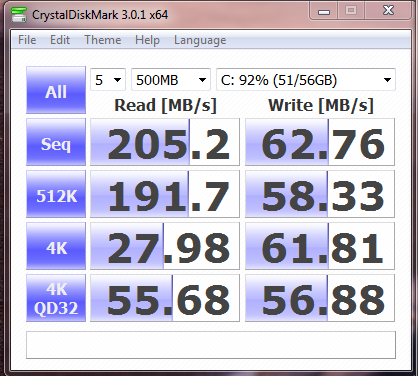 Any ideas? I am in ACHI mode, I have SATA drivers installed, Intel RST is also installed, so I don't see why it would be slow, as it is pretty much exactly the same. It is definitely on the SATA ports on the Intel controller not the Marvell ones on my board (try to avoid those tbh).

its best to benchmark with atto,it will give a better understanding of results ect

Ok, I ran that benchmark instead; I see what you mean now about the results making more sense, as the other only does one transfer size test! 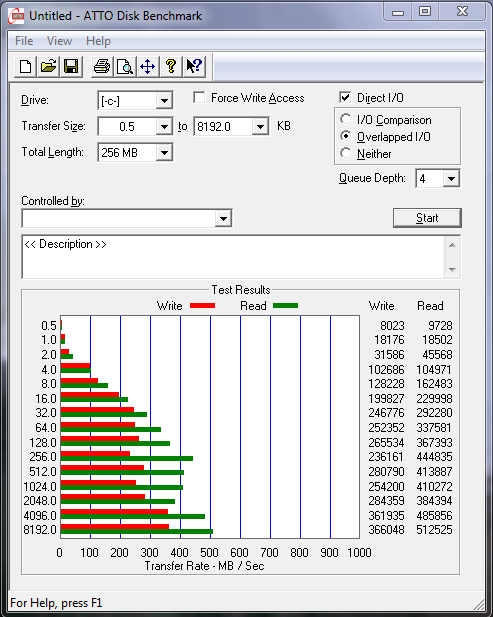 It looks like it makes more sense now, i am hitting 500mb/s read in some of the tests, perhaps it is just me? It just seems before I was getting better results.

is the drive pretty full up? you might need to do a secure erase and reinstall,it will format the drive to factory condition

heres mine for comparison but 60gb corsair gt To be honest, I did that right before I installed Windows again and it wouldn't be worth my time to do that again, maybe during the summer months when i have a bit of spare time! Your SSD looks mighty speedy

Rooster212 said:
To be honest, I did that right before I installed Windows again and it wouldn't be worth my time to do that again, maybe during the summer months when i have a bit of spare time! Your SSD looks mighty speedy

ahh i see,did you try another sata cable just to be sure? cant think what else other than latest mb bios and rst drivers

Yeah i've tried 3 cables including a brand new one from here (this one) so its not that, pretty sure i have the newest BIOS, although I will check that soon.

Thanks for your help, or effort anyway haha