Facing the wrong way. you'll need the wind behind you

kindai said:
The prelude to a car going over 200mph 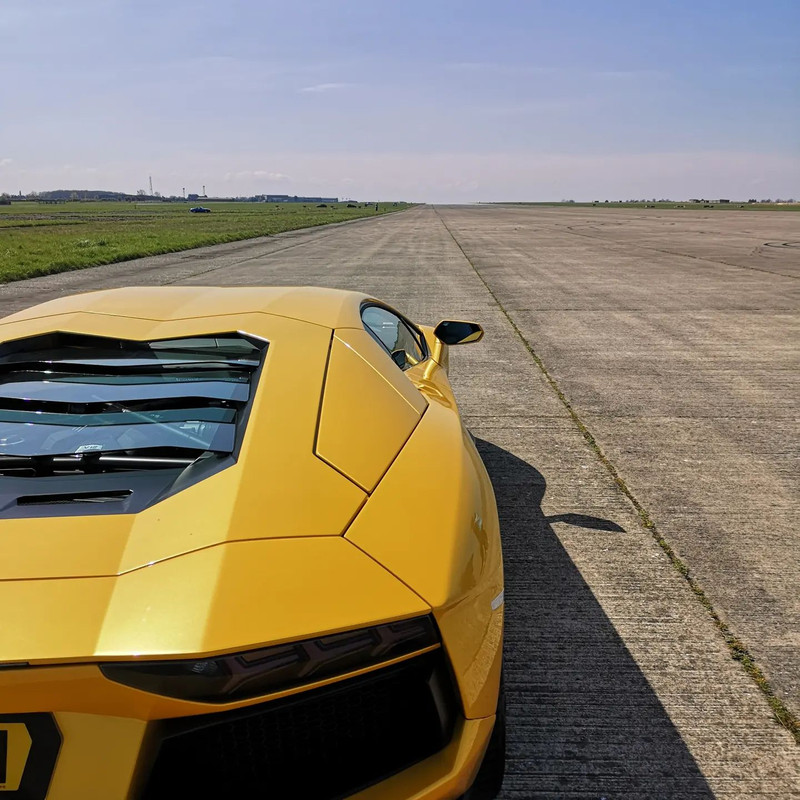 You were lucky, the Exige was gunning for showing you guys up with your fancy pancy launch and automatic gearboxes.

Ill try harder to make the next one.

Watch for the stones of hell.

Last time I did one at Brunters in the R8 the car was peppered. Not been since, too much damage but fun hauling the car up 30+ times form 170ish, not the full Brunters so not 200mph in a feeble V10. Have fun and make it sing.

Is there an indy screen repair guy on-site, they'd make a killing...

How is the Police screw going anyways, no updates..?

Trig said:
How is the Police screw going anyways, no updates..?
Click to expand...

Nothing of note other than some emails asking for some extra time to investigate and that its been passed up to a senior professional standards investigator.

kindai said:
The prelude to a car going over 200mph

So next time they blues you your going for the getaway approach and not the being pulled over one?

Or are you planning to do some arms runs into Ukraine

Looks like the AV replacement is being tested vs an SF90.

It will be mental.

Can't wait to see that beaut popping and banging through Morrisons

What happened with the lithium battery in the end? Just curious.

Chris1712 said:
What happened with the lithium battery in the end? Just curious.
Click to expand...

He ignored all the advice to get the battery calibrated to avoid ECU overcharge rate so it's probably sat on the driveway, drained.

Also, an interesting tidbit re Section 59, you can be given a Section 59 if members of the public take exception to loud noises, anti social driving, causing alarm and distress, and subsequently notify the police. They then basically scout around for you and wait for you to pop a zorst in Morrisons. This corroborates the publics view and therefore empowers the police to issue a section 59. In essence, the police don't have to witness you do anything more than an antisocial rev of the engine if the initial output is from a report from the public. Shocking.

Chris1712 said:
What happened with the lithium battery in the end? Just curious.
Click to expand...

Working with AG to track down the issues with it. Got a bunch of diagnostic stuff hooked up right now to the standard battery monitoring it etc

So today I was up doing some filming at an airfield.

The day started out with 4 asbos waiting for the 5th to turn up:

And eventually he did...

Not a bad line up:


Theres more to come on this in the future, but the reason for the post today is this young chap and his dad (Permission gained to post their pictures).


Lucas as of 2 weeks ago was a normal 9 year old enjoying life, when a sudden turn of events led him last week to being diagnosed with diffuse intrinsic pontine glioma (DIPG), a rare type of brain tumor.

Hes a petrolhead (and a lambo petrolhead at that!) even at that age and Baz Firth, the man who moves mountains to make special days for these kids happen, put out the call for a number of people this Saturday just gone to arrange for some special cars to turn up for his 10th birthday, and boy, did the car owners deliver with a huge turnout and took him for a drive in a Huracan.

Unfortunately I wasnt able to go on Saturday but realized the place we were filming today was not far from where they live, I put the call out the relevant people, and on very short notice they got him to see, sit in, and enjoy some amazing metal, including that Avendator Ultimate that turned up with delivery miles on the clock.

Lucas was so polite and grateful and it was really nice to see him enjoying the lambos, even if he did have to go cat nap a few times to recover his strength. And his dad is an absolute trooper, a true gentleman moving heaven and earth for his son. They want to raise awareness of DIPG, so thats the main reason for this post.

Lucas' treatment starts next week, so all of us are really hoping that he responds well and I hope to have some positive news to post in a few weeks once we know, and hopefully some videos of the days filming.
Last edited: 9 May 2022

Poor kid. Nice of you all to offer your time and help out

The cars look amazing too.

Kid chose the best colour! That green is amazing.

It was even more stunning in the flesh.